Jeremy Corbyn wants to impose a blanket ban on fracking in the UK if he is elected to become the next PM in 2020. The controversial energy extraction process caused minor earth tremors in the UK in recent years, and the policy was put on the back burner, but has see a resurgence of interest […] 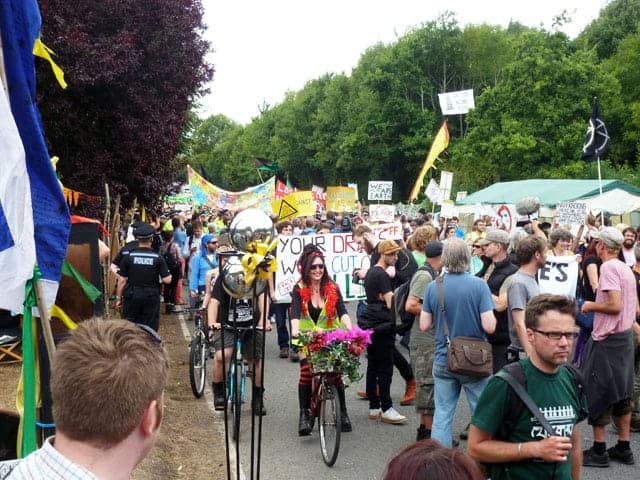 Jeremy Corbyn wants to impose a blanket ban on fracking in the UK if he is elected to become the next PM in 2020.

The controversial energy extraction process caused minor earth tremors in the UK in recent years, and the policy was put on the back burner, but has see a resurgence of interest under the Conservative Government.

However, the Labour leader is setting a green agenda for his party. He will close all coal-fired power stations, outlaw fracking and push renewable energy, reports the Guardian.

It will not surprise many followers of Jeremy Corbyn, as he has always pushed the green agenda and has been constantly fighting against the UK’s nuclear deterrent.

He is launching his energy policy in Nottingham today. The area was a major coal mining area and was one of the most heavily contested places during the Miners’ strike.

Now Nottingham has been earmarked as an area that might be a potential site for fracking, a process of extracting shale gas. Corbyn does not believe fracking is “compatible with climate change prevention.”

He will tell the crowd: “Research shows that as much as 80% of known fossil fuel reserves must remain unburned if the world is to keep global temperature rises to 2C [above pre-industrial levels]”.

“When Labour gets back into power, Britain will lead the world in action on climate change. We will act to protect the future of our planet, with social justice at the heart of our environment policies, and take our fair share of action to meet the Paris climate agreement – starting by getting on track with our climate change act goals.

“We want Britain to be the world’s leading producer of renewables technology. To achieve this we will accelerate the transition to a low-carbon economy, and drive the expansion of the green industries and jobs of the future.”

Renewable energy is a huge growth industry and Scotland managed to power all its electricity with wind power alone a few weeks ago. By 2030, Labour wants to create three hundred thousand clean energy jobs and power around two-thirds of electricity via renewable methods.