By Joe Mellor, Deputy Editor The first fracking application in England for five years has just been approved by North Yorkshire Council. Their planning committee voted seven against four in favour of the fracking plans, by Third Energy a UK firm. Now the company will go ahead and frack for shale gas near the North […] 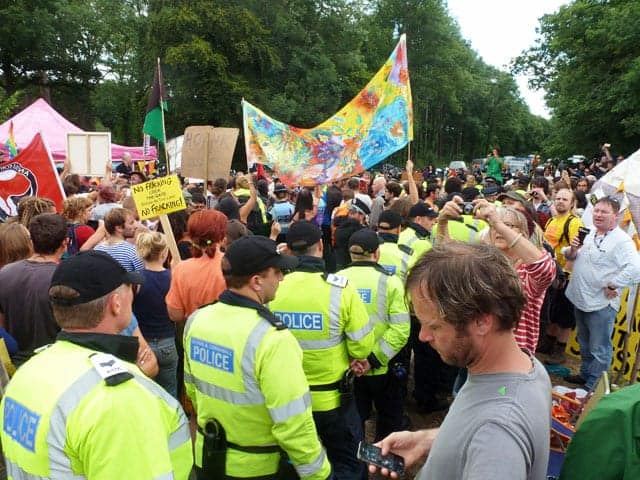 The first fracking application in England for five years has just been approved by North Yorkshire Council.

Their planning committee voted seven against four in favour of the fracking plans, by Third Energy a UK firm.

Now the company will go ahead and frack for shale gas near the North Yorks village of Kirby Misperton.

There have not been any fracking planning approval since 2011, after a series of tests on the Fylde coast in Lancashire, were probably the cause of a series of minor earthquakes near the site.

The public backlash against the earth tremors caused by the Fracking, led to a stalling in the widespread plans for fracking sites across the Uk. However, it seems this might be about to change after this landmark decision.

There was a large scale protest outside the County Hall in Northallerton as the hearing started, but it made no difference to the final decision.

Vicky Perkin, a council planning officer, told the committee there had been 4,375 letters of objection and 36 of support for the application.

Peter Sowray, the planning committee chairman, admitting: “This is by far the most controversial application we have ever had to deal with.”

“We are proud of our beautiful county which attracts so many visitors and maintains a thriving tourism industry. We have no intention of jeopardising those qualities and our rural industries and livelihoods.

“For that reason the planning conditions must be fully discharged and monitored. In this case there has already been drilling for gas on this site over many years.”

The result was greeted with boos and jeers from demonstrators, who shouted “shame on you” and “you will held be held accountable”.

Simon Bowens, Yorkshire and Humber campaigner for Friends of the Earth, said: “This is an absolute travesty of a decision but the battle is very far from over.

“Today 7 out of 11 North Yorkshire county councillors voted to approve this fracking application in Ryedale, ignoring the objection of Ryedale District Council itself, as well as thousands of local residents and businesses.

“Despite this decision, public support for fracking is plummeting as Wales, Scotland and countries across Europe have suspended it. The risks to people’s health and the environment are unacceptable and we will fight on.”

North Yorkshire and the surrounding areas attract huge numbers of tourists and there are fears that fracking in the area could do serious damage to the local economy.