Only a few days before Bezos' space trip, more than 150 people lost their lives during a tragic flooding in western Europe.

by Andra Maciuca
in Business, Business and Economics, Environment, News 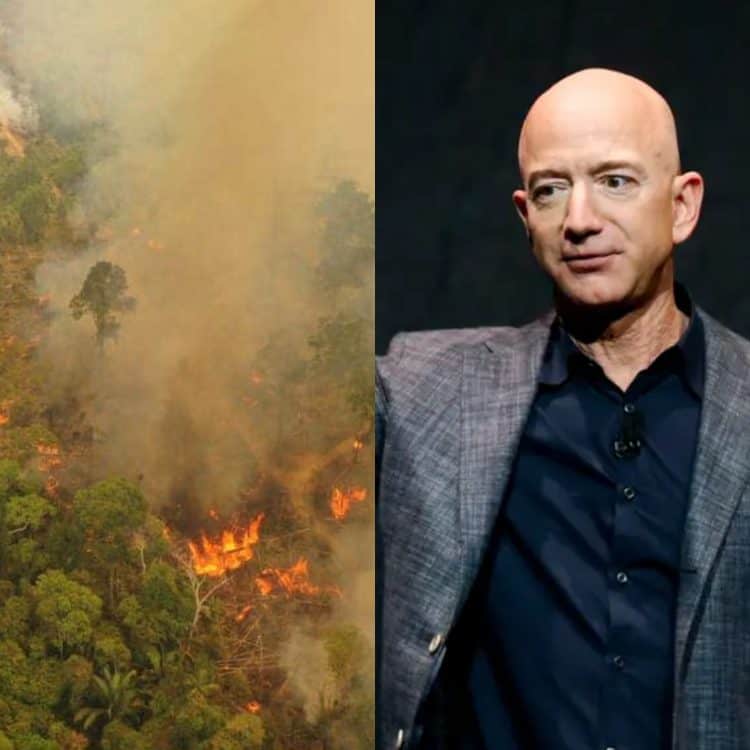 Jeff Bezos got almost as much media coverage in one day as the climate crisis got in all of 2020, according to recent analysis by an American press watchdog.

By comparison, programmes dedicated only 267 minutes to climate change discussions throughout last year, indy100 has reported.

After sending his thanks to Amazon employees and customers who “paid for all this”, the world’s richest man faced online criticism.

Robert Reich, former secretary of labour under President Bill Clinton and a professor of public policy at University of California, Berkeley. “Amazon workers don’t need Bezos to thank them. They need him to stop union busting — and pay them what they deserve,” Reich wrote.

But only a few days ago, more than 150 people have lost their lives during a tragic flooding in western Europe, which hit Germany, Belgium, the Netherlands and Switzerland.

And earlier this month, flooding in New York city has prompted a stark warning that “climate change is here”, after commuters battled deep subway floods and motorists were rescued from inundated cars.

The storm also hit Florida and Georgia and caused at least one death.

Andra Garner, environmental researcher at Rowan University, told The Guardian that flooding in New York City “has already become more frequent than in the past, and as long as we continue to warm the planet, we can expect more of this, not less”.

Her research predicts that the city could experience severe floods of more than 2.25 metres every five years by 2030, which is enough to inundate the first floor of a building.

By contrast, the same level of water damage was predicted once every 25 years in the 1970s.

Recent research has shown that there are also serious problems with the Amazon rainforest, which is now producing more carbon dioxide than it absorbs.

At the beginning of July, the Gulf of Mexico was on fire because of fossil fuels.

John Kerry, the US envoy for climate change, has urged all big economies to bring plans to cut emissions before the COP26 climate conference in Glasgow in November.

Kerry said: “The climate crisis is the test of our own times and, while it may be unfolding in slow motion to some, this test is as acute and as existential as any previous one. Time is running out.”