Flooding in New York City “has already become more frequent than in the past, and as long as we continue to warm the planet, we can expect more of this, not less”. 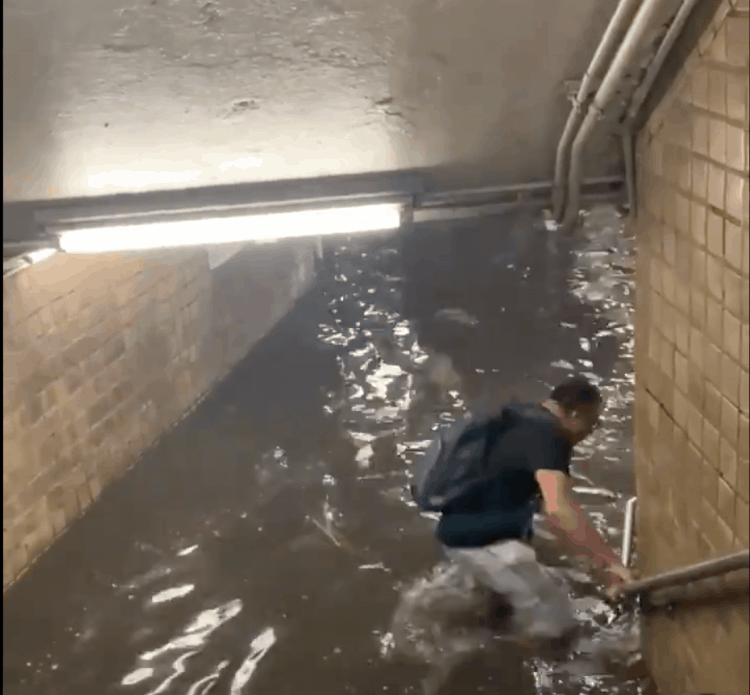 Commuters have had to battle deep subway floods whilst motorists were rescued from their inundated cars by police as storm Elsa hit New York City.

The storm also hit Florida and Georgia and caused at least one death, but the most striking scenes came from New York, The Guardian has reported.

Some subway system ya got there. This is the 157th St. 1 line right now. @NYCMayor @BilldeBlasio pic.twitter.com/xyfTAUPPNu

More such floods are expected

The Metropolitan Transportation Authority, who runs the subway, said that when street level drains cannot cope with the volume of water, the torrents make their way into stations through vents. But the MTA highlighted they managed the situation swiftly.

Scientists highlighted the event was a result of climate change, with extreme rainstorms now affecting the US north-east, including Manhattan.

A federal government climate report from 2018 found the “current water-related infrastructure in the United States is not designed for the projected wider variability of future climate conditions compared to those recorded in the last century”.

Andra Garner, environmental researcher at Rowan University, told The Guardian that flooding in New York City “has already become more frequent than in the past, and as long as we continue to warm the planet, we can expect more of this, not less”.

Her research predicts that the city could experience severe floods of more than 2.25 metres every five years by 2030, which is enough to inundate the first floor of a building.

By contrast, the same level of water damage was predicted once every 25 years in the 1970s.

For the risk of such floods to be reduced, greenhouse gases which are warming the Earth need to be drastically decreased.

The news from the United States come after, earlier this month, the Gulf of Mexico was on fire because of fossil fuels.

Alexandria Ocasio-Cortez, the Democrat congresswoman, added her voice to the outrage, tweeting: “Shout out to all the legislators going out on dinner dates with Exxon lobbyists so they can say a Green New Deal is too expensive.”