A Brit who dodged a jail sentence for public indecency after touching a man’s hip in a bar in Dubai was reunited with his family in the UK on Tuesday evening. Jamie Harron, 27, was arrested following an incident in July, claiming he was trying to avoid spilling his drink when he touched a businessman. […] 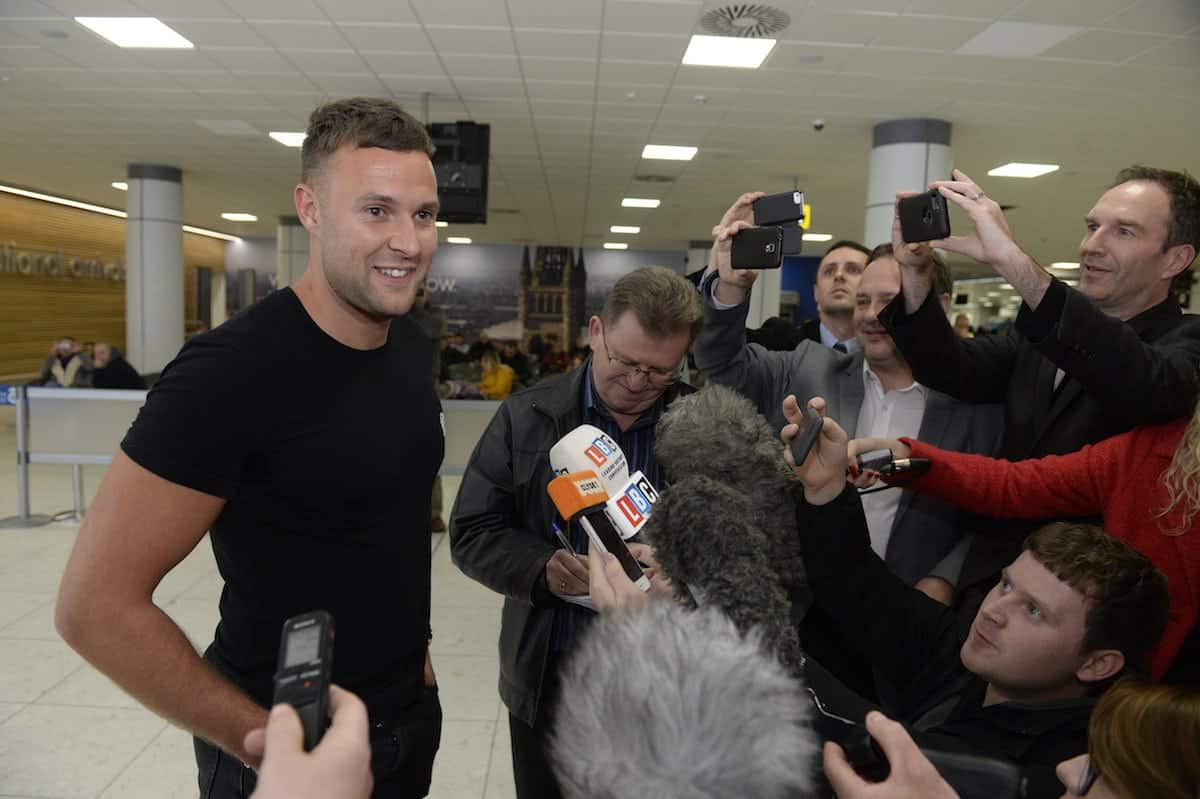 A Brit who dodged a jail sentence for public indecency after touching a man’s hip in a bar in Dubai was reunited with his family in the UK on Tuesday evening.

Jamie Harron, 27, was arrested following an incident in July, claiming he was trying to avoid spilling his drink when he touched a businessman.

He lost his job and racked up debt after having to spend more than £32,000 in legal fees and expenses while stuck without a passport in the UAE.

On Sunday, he was sentenced to three months in prison — but the ruling was dramatically overturned on orders from the ruler of Dubai.

Sheikh Mohammed Bin Rashid Al Maktoum is thought to have intervened due to growing international pressure.

It meant Jamie was finally able to retrieve his passport from police in the UAE on Monday before returning home to the Uk on Tuesday.

The electrician, from Stirling, touched down on UK soil where he was greeted by his relieved family at Glasgow Airport, including mother Patrician, father Graham and sister Jordan.

Speaking of his ordeal, he said: “I think it was a bad situation, to be honest. I didn’t see the light at the end of the tunnel.

“I still couldn’t believe it had actually happened and what it was that was going on.

“Even now that I’m actually home, I still can’t believe that it was actually three and a half months.

“I’m looking forward to a good night’s sleep in my bed cause I was sleeping on my mate’s couch.

Jamie, who worked as an electrician in Afghanistan, said his ordeal began during a two-day stopover in the United Arab Emirates on 15 July.

He was spending time with friends at a popular bar when he touched German businessman Emad Tabaza, claiming he was trying to avoid spilling drinks.

But Tabaza called the police and claimed Jamie had been “very drunk” and “repeatedly” touched him.

The businessman, managing director of engineering firm Neuman &Esser, later dropped the charge against Jamie but prosecutors went ahead with the case.

Jamie spent a week in jail and was later sentenced to a month in prison and fined 2,000 dirhams (£412) but released on bail.

He was then sentenced to another three months in jail on Sunday before the Sheikh intervened.

Campaigners said he ordered the charges to be dropped “because of so much international pressure and the fact it [the case] was affecting their tourism”.

Campaign group Detained in Dubai said Jamie may launch a civil suit against the German businessman whose complaint sparked his overseas hell.

Speaking at the airport, he would not comment on the issue.