Under pressure from Tory MPs to reverse direction, the chancellor was compelled to make an embarrassing climbdown. 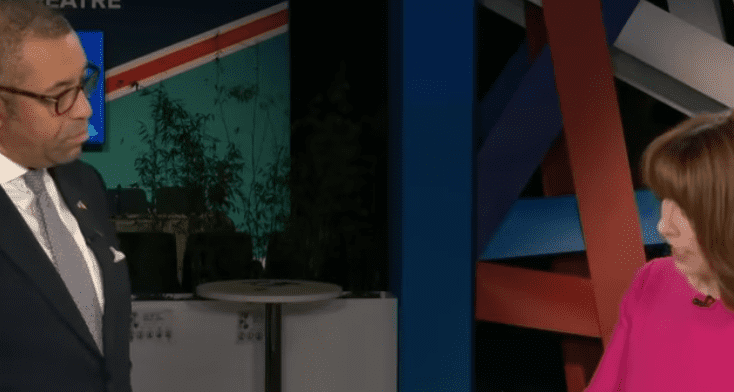 According to James Cleverly, Liz Truss and Kwasi Kwarteng reversed course on plans to eliminate the 45p tax rate because the media wouldn’t stop covering it.

The foreign secretary said the debate over a tax break for the wealthiest citizens had turned into a “distraction” from the government’s other priorities during a heated exchange with Kay Burley on Sky News.

Under pressure from Tory MPs to reverse direction, the chancellor was compelled to make an embarrassing climbdown.

“You guys were constantly talking about the 45p tax rate, which is why we had to take it away, so that us guys could talk about the other 95% of that package, which was about cutting taxes for working families, helping people pay their energy bills, creating growth zones across the country, investing in transportation infrastructure to unlock economic growth – that’s what we wanted to talk about, and that’s what we will talk about.”

“It was a distraction,” he added. “We couldn’t talk about the tax cuts for 30 million working people, the growth zones, the support package for people struggling to pay their energy bills, or the economic growth plan because that was all you wanted to talk about. We want to talk about the good stuff.”

Watch the heated exchange below: