Britain's biggest carmaker, which is owned by India's Tata Motors, said production will be transferred early next year. 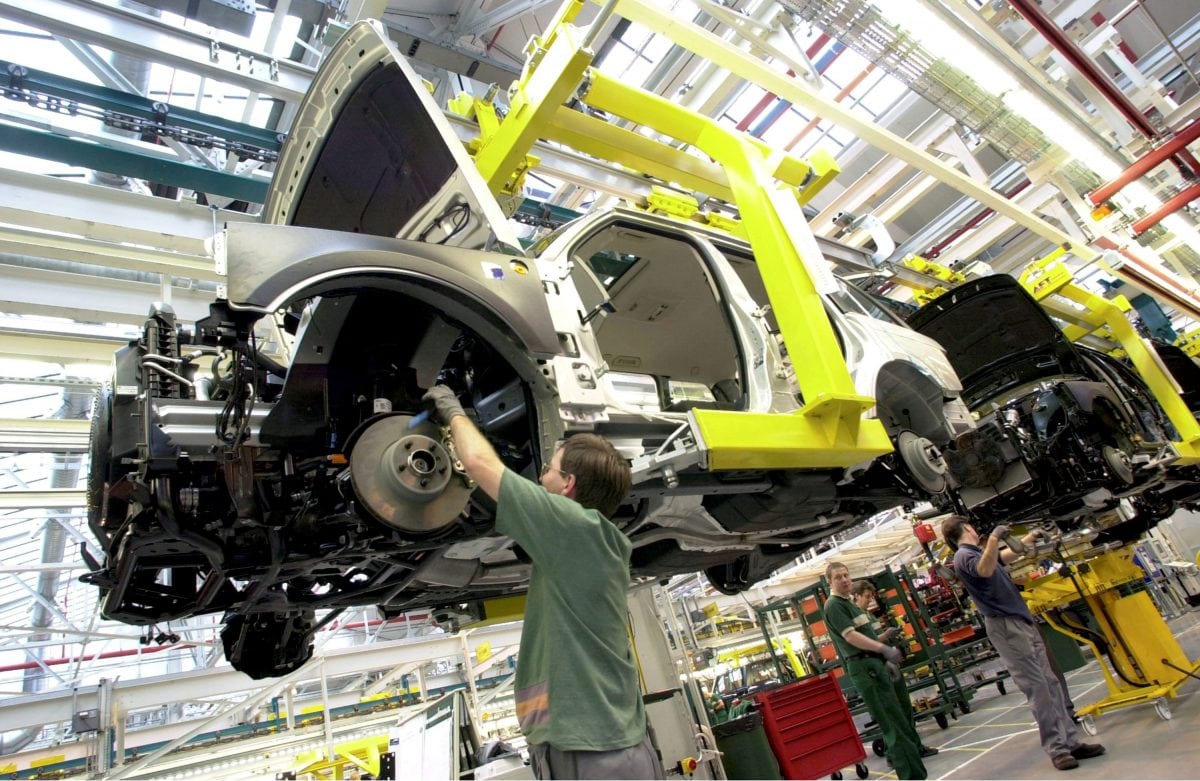 Jaguar Land Rover is to move all production of its Discovery from the UK to Slovakia in a move that could lead to hundreds of job losses.

Britain’s biggest carmaker, which is owned by India’s Tata Motors, said production will be transferred early next year.

In 2016, the company employing 40,000 people in the UK said it would produce Discovery models in Slovakia. But its announcement that it will move all production to the Eastern European country is a worry in an insecure time for the UK car industry.

Jaguar Land Rover (JLR) boss Andy Goss had told Sky News that its investment in Slovakia was a “hedge” against uncertainty around the post-Brexit trading environment.

The Slovakian ambassador visited the factory there last month welcoming the return of EU citizens from UK to the jobs at the factory making Land Rovers that used to be made in the UK.

Land Rover Discovery was invented at the Solihull plant nearly 30 years ago.

The decision was announced on the eve of Parliament’s vote on the momentous decision about whether the UK should stay in the single market and customs union.

At a Number 10 meeting in July, JLR’s Ralph Speth was said to have a “heated” discussion with Theresa May on the impact of no deal and no transition on the car industry.

The car manufacturer said it would upgrade the Solihull plant to build new, electric models. JLR said the move to Slovakia was unrelated to its April announcement that 1,000 jobs may be at risk due to “Brexit headwinds” and a decline in diesel sales.

But the motoring industry continues to warn about the dangerous effect of uncertainty over Brexit and the frictionless customs borders with Europe necessary to make Europe’s cars in the UK.

An income squeeze is hitting British pockets and hitting the British motor industry hard. March saw new car sales fall for the 12th month in succession. The industry employs 169,000 workers and has warned that thousands of jobs could be at risk.

The drop Britain’s manufacturing output is in April was the highest in almost six years, with a 1.4 per cent fall in factory production marking the third consecutive monthly fall.

A recent study by GMB union found Britain’s manufacturing sector has shrunk in the past decade by almost 600,000 jobs to leave fewer than 3 million workers employed in the sector.

Jude Brimble, GMB National Secretary, said: “Alarm bells should be ringing for the Government over this steep drop in manufacturing output  – which is the biggest monthly fall since 2012.

“The uncertainty from the Government’s approach to Brexit is harming UK manufacturing and delaying important business investment decisions that will provide high quality jobs in the years to come.

“Not only is Government dithering hurting industry, it leaves millions of UK workers and their families unable to make long terms plans because they’ve no idea if their jobs are safe.”

“If the Government does have a functioning industrial strategy we need to see it in action. The Government should be fighting for UK manufacturing and ministers must think more about all our UK industries in these crucial Brexit negotiations in the weeks and months ahead.

“Between Trump wanting to slap tariffs on our steel and the UK Government refusing to be in a European customs union, UK manufacturing risks being stranded.”