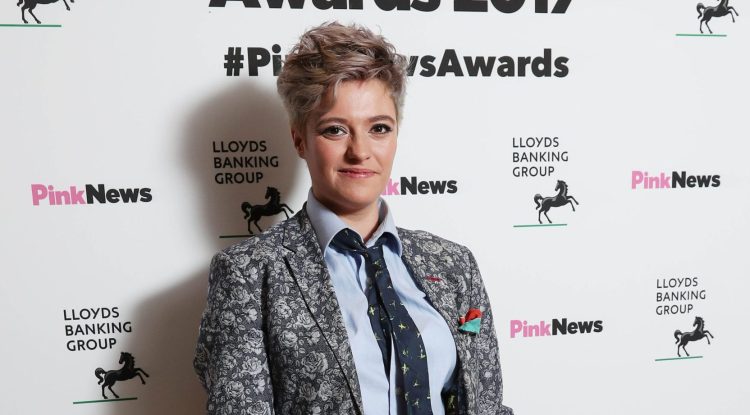 Anti-poverty campaigner Jack Monroe has revealed how she keeps her weekly food shop as cheap as possible.

Monroe, a writer who first made her name sharing recipes she created as a single parent with a young son, has been raising awareness about rising food prices and the cost-of-living crisis, and the impact it is having on the most vulnerable families.

And in a Twitter thread on 15 February, Monroe said she managed to keep her weekly food shop under £20 by doing regular stocktakes of everything in her fridge, freezer and cupboards.

Unpacking her method, Monroe said she begins by dividing a piece of paper into four quadrants: proteins, carbohydrates, fruit and vegetables, and flavours and snacks.

“Then I go through the fridge, freezer and cupboard and note down every single thing I have in. When I’m feeling extra meticulous, I weigh it all, but usually I do an estimate of number of units or portions,” she said.

She then highlights all food stuffs closest to their use-by dats, like fresh produce and fruit – and then plans all upcoming meals around a source of protein and items close to expiring.

Monroe believes the method helps her stay organised and cook balanced meals. “It also means that my shopping list for the week is made up of ‘gap filling’ – so if I’m running low on fruit and veg, I’ll prioritise that. If I’m short on wholegrains, I’ll pick up some brown rice,” she said.

“It’s genuinely revolutionised the way I cook and shop and reduces a lot of my anxiety around food, impulse purchasing things I don’t need, reduces food waste, and keeps the food bill low. It also helps me plan balanced meals and sparks off all kinds of avenues of creativity.”

Monroe last week praised Asda for making good on its pledge to roll out its lowest-priced value range to more stores.

She wrote a series of tweets about rediscovering products from the supermarket’s Smart Price and Farm Stores ranges at her local store, saying it had made her “happiest shopping experience in over a decade”.

Monroe complained several weeks ago that the cost of everyday essentials was going up more than official inflation rates.

The food writer also said some items from the Smart Price range were no longer available online.

In response, Asda said it would stock its Smart Price and Farm Stores ranges in all 581 food stores and online by March 1 to help its customers with the cost-of-living crisis.

All branches will have the full range of 200 Smart Price and Farm Stores lines, the company said.

Monroe shared photos of products at Asda in Shoeburyness, Essex, that have reverted to their price from a year ago.

In one tweet, she said she found a kilogramme bag of rice that was back to its old price of 45p, after jumping last month to £1 for 500g – a price increase of 344 per cent.

She wrote: “I was very quick to vilify Asda for what I saw as a change of direction for their company, and a watering down of their commitment to an entire group of their customers.”

The company promised to “do better”, she said, as she praised the “remarkable” speed of the turnaround.

“The impact that this will have on millions of people, is impossible to overstate,” she said, adding that she “cried, quietly, to myself, in Asda” at the development.

She also wrote: “So I guess I just wanted to say thanks to everyone at Asda who has worked really hard over the last few weeks to bring the missing SmartPrice products back.”

Meg Farren, Asda’s chief customer officer, said: “We want to help our customers’ budgets stretch further and have taken on board the comments about the availability of our Smart Price range made by Jack Monroe.

“We are taking steps to put our full Smart Price and Farm Stores ranges in store and online to make these products as accessible as possible.”

Related: Metropolitan Police ‘refuses to admit it is institutionally racist’