“Now we need to speak the language of force because, unfortunately, that seems to be the only thing this British Government understands," said Clement Beaune. 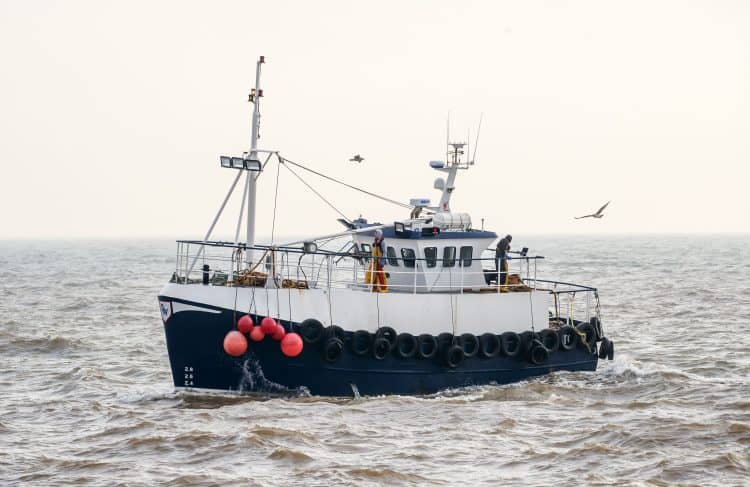 The Government is “urgently” investigating reports that a British trawler has been detained off the coast of France amid ongoing disputes about fishing rights.

French authorities said the UK’s failure to comply with trade agreements is “unacceptable” and they will defend the rights of their own fishermen.

It comes after two boats were fined on Wednesday when one failed to comply with checks by police and the other was found not to hold a proper licence.

A statement from the French maritime ministry said checks had been carried out on the boats in the Baie de Seine, near Le Havre, in the north of the country.

One trawler was fined for obstructing checks after it initially refused a request to be boarded by police, the statement said.

It was later found not to have been in breach of regulations.

The ministry said the second boat was not on a list of UK vessels with licences granted by the European Commission and France.

The boat was then ordered to divert to Le Havre.

A UK Government spokesman said: “We are aware of reports of enforcement activity being undertaken by the French authorities and are looking into the matter urgently.”

Clement Beaune told French TV news channel CNews: “We have been extremely patient… our fishermen have been extremely responsible… And so, from November 2, it’s over: we will engage in dialogue if the British want to, but we are taking retaliatory measures.”

“Now we need to speak the language of force because, unfortunately, that seems to be the only thing this British Government understands.”

“The French and the fishermen have rights. An agreement was signed.

“We must enforce this agreement. We have fishing rights, we must defend them and we will defend them”.

Following the incident, Speaker Sir Lindsay Hoyle granted an urgent question in the House of Commons to address the fishing dispute.

Barrie Deas, from the National Federation of Fishermen’s Organisations, the body representing fishermen in England, said descending into a “tit-for-tat” relationship between the nations is “unhelpful”.

He told BBC Radio 4’s Today programme: “It may be normal enforcement action, but against the background of the threatening noises coming from the French government, it’s very concerning.

“France seems determined to escalate this issue about licences and I suppose we have to wonder why.”

He added: “(The amount of) UK vessels landing into French ports is not massive.

“It’s a bit strange because the French fleets fish much more in UK waters than we fish in their waters.

“Therefore, if we descend into a tit-for-tat relationship, I think the French fleet is much more exposed – I don’t think that’s a very helpful way to go.

“It’s a strange direction for the French to take, which is why we conclude that this has all been politicised.”

Related: It’s official: Brexit’s impact on economy will be worse than the Covid-19 pandemic