Starmer is trying to define his leadership... 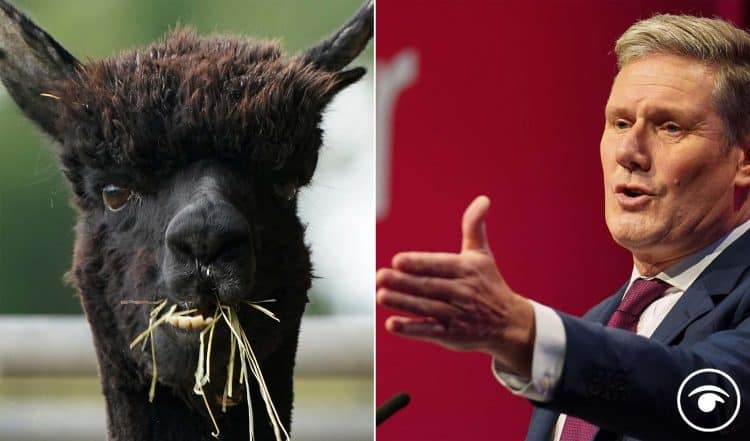 The next James Bond movie should feature a female 007, Labour leader Sir Keir Starmer has suggested.

Daniel Craig made his last appearance as the super spy with a licence to kill in No Time To Die, which received its world premiere in London this week.

His departure from the long-running franchise has prompted intense speculation as to who his successor might be.

Asked on ITV’s Good Morning Britain who was his favourite Bond actor, Sir Keir said: “I don’t have a favourite Bond but I do think it is time for a female Bond.”

However, Phoebe Waller-Bridge has said she would not be in favour of a female Bond.

The acclaimed creator of Fleabag was drafted in to work on the No Time To Die script and walked the red carpet at the film’s glittering Royal Albert Hall premiere.

She told the PA news agency: “I think Bond is James Bond. We just need to cook up someone to rival him.”

When asked if she could be the one to create such a character, she laughed and said: “I have to be careful what I say.”

However, when it came to culling of the alpaca Geronimo, Labour leader Sir Keir Starmer said it was its time to die.

Labour leader Sir Keir described Geronimo’s case as “tragic” but agreed with the Government’s stance that the animal should be euthanised.

“It’s a really sad situation and you can see why emotions are running very high, but farmers around here and across Gloucestershire will be familiar with having to lose their animals because of TB,” he told ITV News during a visit to Stroud, Gloucestershire.

“It’s always tragic when it happens. I don’t think we can make an exception in this case.

“Of course it’s sad – it’s sad for farmers as well when they lose their animals but we have to keep TB under control.”