It was confirmed today that a young fin whale had died from ingesting the viscous black liquid. 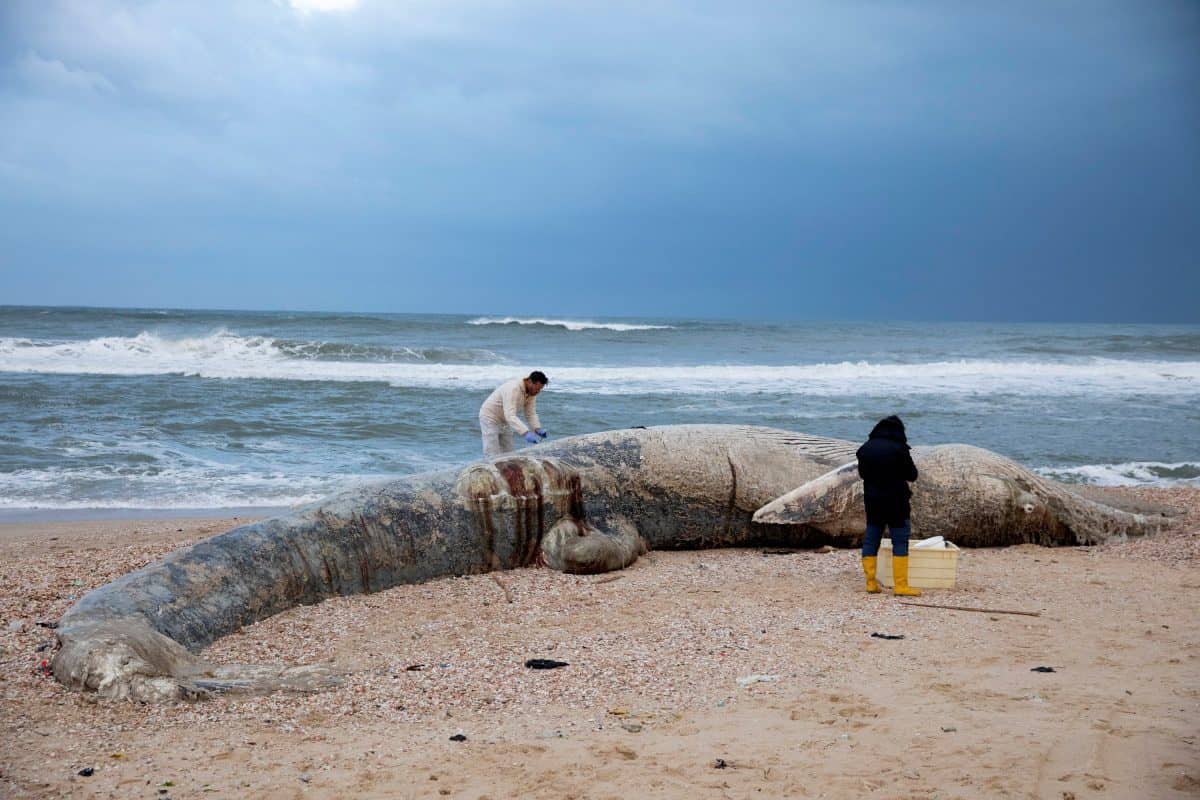 Israel has closed all its Mediterranean beaches until further notice, after an offshore oil spill deposited tar across more than 100 miles of coastline, in what officials are calling one of the country’s worst ecological disasters.

Researchers with the country’s Agriculture Ministry confirmed on Sunday that a dead young fin whale that washed up on a beach in southern Israel had died from ingesting the viscous black liquid, according to Kan, Israel’s public broadcaster.

Israel’s Nature and Parks Authority has called the spill “one of the most serious ecological disasters” in the country’s history.

In 2014, a crude oil spill in the Arava Desert caused extensive damage to one of the country’s delicate ecosystems.

The exact cause of the spill has yet to be determined and is currently under investigation by Israeli environmental officials.

Volunteers took to the beaches on Saturday to help clean up the tar, and several were taken to hospital after they inhaled toxic fumes.

The Environmental Protection, Health and Interior Ministries issued a joint statement on Sunday warning the public not to visit the entire length of the country’s 120-mile Mediterranean coastline, cautioning that “exposure to tar can be harmful to public health”.

Israeli prime minister Benjamin Netanyahu toured one of the country’s tar-strewn beaches on Sunday and praised the ministry’s work.