“It is disgraceful that Priti Patel is still peddling her unworkable and inhumane asylum proposals.” 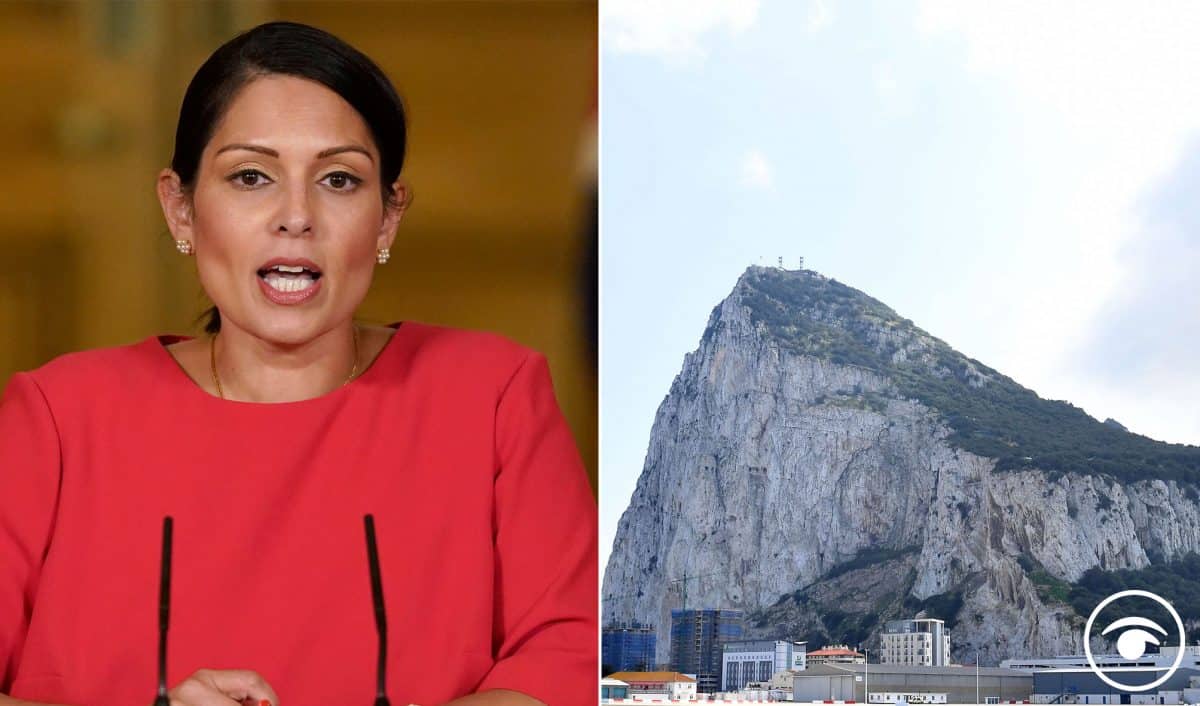 Gibraltar has hit back at suggestions the UK could send asylum seekers there for processing under Priti Patel’s plans to overhaul the immigration system.

The British overseas territory is thought to be a location under consideration by officials, as well as the Isle of Man.

However a spokesman for the Isle of Man Government said: “The Isle of Man is self-governing – the UK Government would not be able to open any sort of processing centre on the island without consent.

“The UK Government has not contacted the Isle of Man Government about any such proposal.”

Gibraltar’s chief minister Fabian Picardo said the Rock would be unable to host the processing of asylum seekers because of legal issues and “geographical limitations”.

But Gibraltar’s government said it had not received any proposal on the issue from the UK and chief minister Fabian Picardo has written to the Home Secretary to say it will not happen.

The Isle of Man said it has not been contacted by the UK Government about any proposals.

I have today written to @pritipatel – a good friend of #Gibraltar – to address reports in some media about UK asylum seekers being processed in Gibraltar. There is no truth to the reports. Our press release from @GibraltarGov sets out more details.https://t.co/kTIpyhtxSk pic.twitter.com/0QNMoj4yPo

In his letter to Ms Patel, Mr Picardo said there were constitutional and legal issues, as well as the “geographic limitations” of the territory which prevented it being used to process asylum seekers.

The chief minister said that while “we will not ever shirk our responsibility” to help Britain, “our geography makes some things difficult, however, and the processing of asylum seekers to the UK in Gibraltar would be one of them”.

“Immigration is an area of my responsibility as chief minister under the Gibraltar constitution and I can confirm that this issue has not been raised with me at any level.

“I would have made clear this is not area on which we believe we can assist the UK.”

A spokesman for the Isle of Man Government said: “The Isle of Man is self-governing, the UK Government would not be able to open any sort of processing centre on the island without consent.

“The UK Government has not contacted the Isle of Man Government about any such proposal.”

The crown dependency’s parliament, the Tynwald, is thought to be unlikely to approve any processing centre.

Care4Calais founder Clare Moseley said yesterday(THU): “The Australian system is one of the most extreme and abhorrent examples of how to treat asylum seekers and my stomach drops at that thought that the UK is considering something similar.

“Forcing people to far-flung places to have their asylum applications processed will increase their trauma, slow the process and cost more money.

“I cannot believe that these vile plans represent the wishes of the majority of us.”

Ms Patel has vowed to stop migrants making the perilous journey across the English Channel and is expected to publish details of plans overhauling the UK’s asylum and immigration system in the coming weeks.

The Times said plans due to be set out by the Home Secretary will include a consultation on changing the law so migrants seeking asylum can be sent to processing centres in third countries.

The Daily Mail suggested the plans would see migrants banned from claiming asylum in the UK if they had arrived from a safe country such as France, with their cases deemed “inadmissible”.

Those arriving in the UK via illegal routes would be removed to a third country – the newspaper reported Turkey was being considered – where they would remain until they could be repatriated, either to their home nation or the safe country they arrived from.

Downing Street did not deny the Home Office is looking at proposals of using Gibraltar and other overseas territories to process asylum seekers.

The Prime Minister’s official spokesman said: “I’m not going to pre-empt what we will set out in the coming weeks.

“I would just point back to what Priti Patel and the Prime Minister said before about the need not only to fix our asylum system but to try and ensure people aren’t making these incredibly dangerous journeys across the Channel.”

A series of leaks last year suggested the UK Government was considering a number of offshore policies akin to those used in Australia.

These included sending asylum seekers to Ascension Island, more than 4,000 miles from the UK, to be processed, and turning disused ferries out at sea into processing centres.

The ideas were dismissed by critics at the time as unfeasible, while Labour condemned the suggestion of an asylum processing centre on Ascension Island as “inhumane, completely impractical and wildly expensive”.

The Government believes sending migrants to third countries for processing would be compliant with the European Convention on Human Rights (ECHR), according to reports.

The Times said the new legislation will include life sentences for people smugglers and the establishment of migrant reception centres on government land, with many currently being housed in hotels.

Bella Sankey of the Detention Action charity said: “Off-shore detention of traumatised people is ethically abhorrent and practically infeasible. It is totally unnecessary and would diminish Britain in the eyes of the world.”

The Joint Council for the Welfare of Immigrants described the proposal as “cruel, dangerous and unworkable”, accusing Ms Patel of “using refugees as a political football, instead of simply ensuring they have safe and legal routes to rebuild their lives here”.

British Red Cross chief executive Mike Adamson said: “Offshoring the UK’s asylum system will do nothing to address the reasons people take dangerous journeys in the first place and will almost certainly have grave humanitarian consequences.”

Shadow home secretary Nick Thomas-Symonds said: “The Tories are lurching from one inhumane, ridiculous proposal to another. ”

Ms Patel told MPs: “As we reform the asylum system, Global Britain will continue its proud tradition of providing safe haven to those in need through safe and legal routes.”

Her comments came in a written ministerial statement which said the UK had met a 2015 commitment to resettle 20,000 refugees fleeing the conflict in Syria.

She also announced £14 million of funding to help newly granted refugees to integrate in the UK, with pilot schemes to help them learn English, move into work, access housing and build links in their local communities.