Serious blood clotting has been recorded after inoculations in Norway. 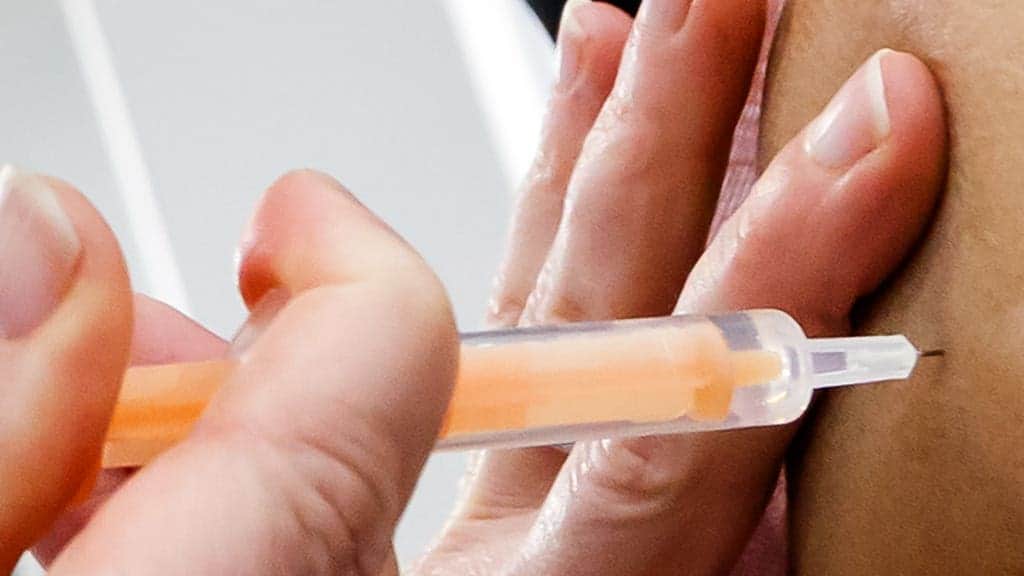 Serious blood clotting has been recorded after inoculations in Norway.

The Irish authorities have been pressing the pharmaceutical firm to speed up its supplies to the Republic.

Not concluded that there is any link

Dr Glynn said: “This recommendation has been made following a report from the Norwegian Medicines Agency of four new reports of serious blood clotting events in adults after vaccination with Covid-19 vaccine AstraZeneca.

“It has not been concluded that there is any link between the Covid-19 vaccine AstraZeneca and these cases.

“However, acting on the precautionary principle, and pending receipt of further information, the National Immunisation Advisory Committee (NIAC) has recommended the temporary deferral of the Covid-19 vaccine AstraZeneca vaccination programme in Ireland.”

The European Medicines Agency (EMA) reported one person in Austria was diagnosed with blood clots and died 10 days after vaccination, but it stressed there is “currently no indication that vaccination has caused these conditions”.

Another person was admitted to hospital in Austria with pulmonary embolism (blockage in arteries in the lungs) after being vaccinated, while one death involving a blood clot was reported in Denmark.

A 50-year-old man is also thought to have died in Italy from deep vein thrombosis (DVT), while there has been an unconfirmed report of another death in Italy.

Denmark, Norway and Iceland have said they are temporarily halting all AstraZeneca vaccinations to investigate the reports.

Italy also followed Austria, Estonia, Latvia, Luxembourg and Lithuania in banning jabs from one particular batch of one million AstraZeneca vaccines, which was sent to 17 countries, after reports of a death.

Ireland’s governing Coalition has been under fire over the speed of its vaccination response.

Around 600,000 doses of vaccine – across all manufacturers – have so far been delivered.

That includes the most elderly, those in nursing homes and healthcare workers.

AstraZeneca was approved for use early in the UK; Northern Ireland has made proportionately faster progress than the Republic in reaching the most vulnerable.

He has expressed frustration at the failure of the company to meet delivery schedules for inoculations.

Ireland’s Minister of State for Mental Health and Older people has said Ireland “is still on track” to have all over-70s vaccinated by mid-May with the supplies they have received to date, despite disruption from AstraZeneca.