Iranian President Hassan Rouhani dismissed new U.S. sanctions on Iran’s Supreme Leader Ali Khamenei and described the White House as “mentally retarded”, an insult Iran has used in the past about President Donald Trump. In a speech broadcast live on state television, Rouhani said sanctions against Khamenei would fail because he had no assets abroad. […] 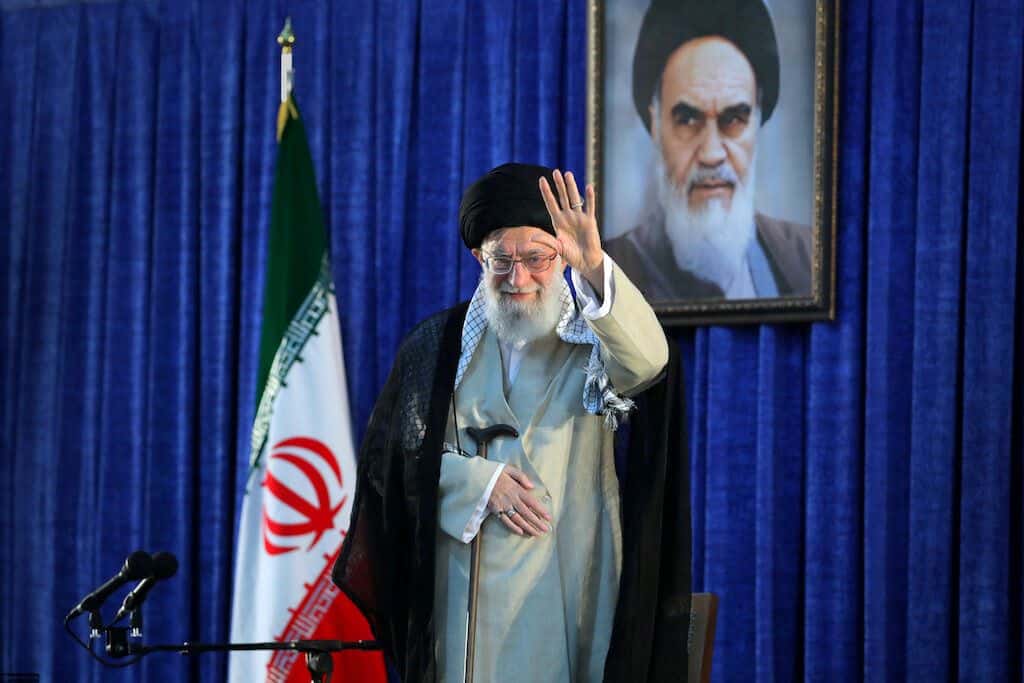 Iran's Supreme Leader Ayatollah Ali Khamenei waves his hand as he arrives to deliver a speech during a ceremony marking the 30th death anniversary of the founder of the Islamic Republic Ayatollah Ruhollah Khomeini in Tehran, Iran June 4, 2019. Official Khamenei website/Handout via REUTERS

In a speech broadcast live on state television, Rouhani said sanctions against Khamenei would fail because he had no assets abroad. Rouhani described the latest round of sanctions as a sign of U.S. desperation.

“The White House actions mean it is mentally retarded,” he said “Tehran’s strategic patience does not mean we have fear.”

U.S. President Donald Trump on Monday signed an executive order that would impose fresh sanctions on Iran, amid increased tensions between the long-time foes.

Trump initially told reporters the sanctions, which will target Iranian Supreme Leader Ayatollah Ali Khamenei and his office, were in response to Tehran’s downing of a U.S. drone last week. Tehran has said the drone was flying in its airspace, which Washington has denied.

Later, Trump said the sanctions would have been imposed regardless of the incident over the drone.

The United States has also blamed Iran for attacks earlier this month on two oil tankers at the entrance of the Gulf of Oman. Iran, in turn, has denied that it is to blame.

Washington has repeatedly imposed sanctions on Tehran since last year, when the United States withdrew from the 2015 Iran nuclear deal to curb Iran’s nuclear programme in exchange for easing of sanctions. Trump’s administration has said the deal struck under his predecessor President Barack Obama did not do enough.

Trump has said he would be open to talks with Iranian leaders, but Tehran has rejected such an offer unless Washington drops the sanctions.