Festival-goers are being urged to test before they go and after they return, and to avoid elderly or vulnerable loved ones. 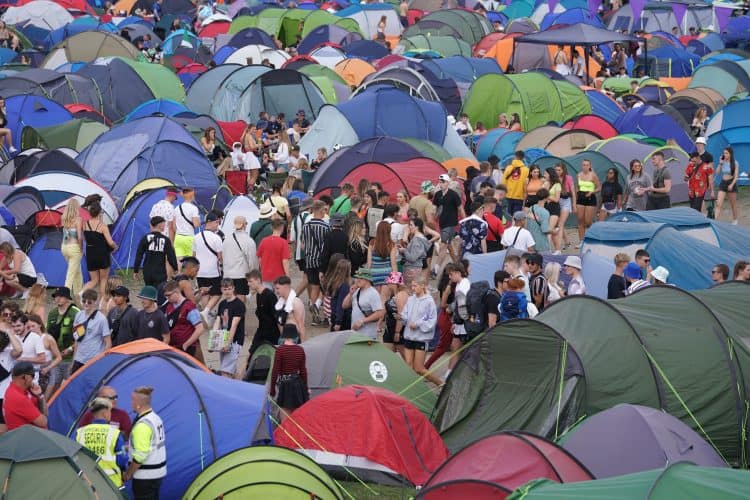 Coronavirus infection levels have risen across all four nations of the UK, as revellers head to festivals and people prepare to enjoy the bank holiday weekend.

Music-lovers are being urged to test for Covid-19 before they go and when they return, and not to visit older or more vulnerable loved ones in the days after events in a bid to avoid spreading the virus.

The latest snapshot survey of infections by the Office for National Statistics shows one in 40 people in Northern Ireland had Covid-19 in the week to August 20.

The is equivalent to 43,300 people, and the highest level since estimates began in October.

The figures, for private households, show that around one in 70 people in England had Covid-19 in that week, up from one in 80 the previous week.

The return of schools in Scotland earlier this month is believed to have contributed to an increase in infections in the country.

As pupils prepare to return to their desks across the rest of the UK after the summer break there is an expectation that cases will rise, but experts said it will be crucial to observe if that translates to an increase in hospital admissions and deaths.

It is hoped the vaccines will prevent a similar situation to last autumn, with one Government adviser saying earlier this week that he is optimistic the “significant wave” of hospital admissions seen then can be avoided.

There have also been concerns about summer music festivals contributing to a spike, after thousands of cases were suspected to be linked to the Boardmasters festival in Cornwall and hundreds to Latitude Festival in Suffolk.

A number of big gatherings are being held this weekend, including the Reading and Leeds Festivals – where jabs will be offered across the two sites – and the Creamfields in Cheshire.

Public Health England strategy response director Dr Susan Hopkins urged people to “do a test before you go, wear a face covering if you’re travelling to and from the festival if you’re using public transport, and socialise outside as much as possible”.

She added: “Make sure you take an LFD (lateral flow) test when you get home, and then test twice a week after having mixed with a large group of people, as you could have Covid-19 without having symptoms.

“Try and avoid seeing older or more vulnerable relatives so that you don’t pass anything on.”

“Key trigger points” for the spread of the virus at a festival are indoor settings, said Dr Michael Head, senior research fellow in global health at the University of Southampton.

“Where festival-goers are in a field, even in large numbers, the transmission risks will remain relatively low,” he said.

“It is the indoor shared spaces that are key, such as marquees, tents, or shared cars and use of public transport to and from the event.”

He said ideally attendees should have had their second jab a few weeks before the event, and that wearing masks and leaving windows and doors in enclosed spaces open could help.

‘No acceptable level of deaths’

It came as Downing Street rejected any suggestion that there is an “acceptable level of Covid deaths” before any new lockdown would be brought in.

The i newspaper quoted an unnamed Government adviser as saying Prime Minister Boris Johnson “is minded to implement another lockdown or new restrictions only if the figure of annual deaths looks like it’s going to go above 50,000”.

Government figures on Thursday showed a further 140 people had died within 28 days of testing positive for Covid-19.

A Government spokesman said: “As we have repeatedly made clear, there is no set number of acceptable deaths from Covid.

“Every death from this virus is a tragedy, and our focus has been on the successful delivery of the vaccine programme, which is just one of the steps we have taken to ensure the public is protected.”

Dr Simon Clarke, associate professor in cellular microbiology at the University of Reading, said he believes it is likely “we can expect to be slapped with new restrictions this autumn”.

He said any decision about lockdown is “made on political grounds” by “weighing the effects on our health and healthcare systems against economic and social costs”.

He added: “If it’s true that deaths of over 1,000 per week, sustained for a few weeks, is the trigger for ‘another lockdown or new restrictions’, then we’re nearing breaching that threshold.

“With a deteriorating situation in Scotland, and schools and universities set to return next month likely to push the numbers of infections even higher, we can expect to be slapped with new restrictions this autumn.

“This seems like a way for the Government to prepare the ground for what’s coming.”