"Vile "commentary" that only serves to incite violence and hate." wrote Omid Scobie. 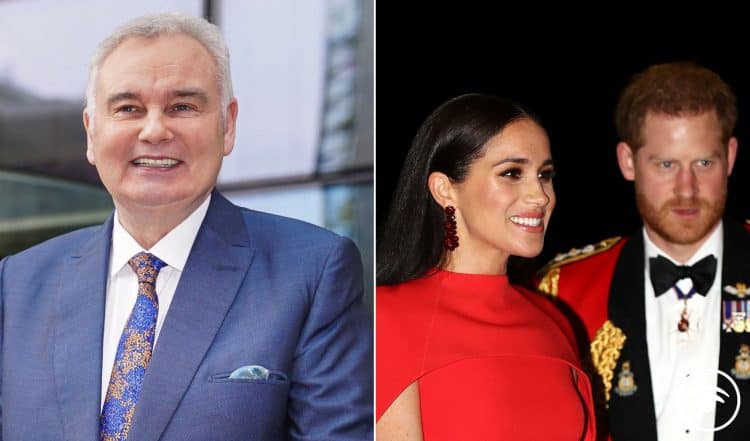 TV presenter Eamonn Holmes has been hit with hundreds of Ofcom complaints after calling for Prince Harry and Meghan Markle to be ‘thrown over the balcony’.

The presenter made the controversial comments on GB News last week.

His anger stemmed from reports that Harry is working on a book in which he plans to discuss the royal family.

He didn’t take kindly to this plan and said to viewers: ‘He’s bringing a book out where he’s slagging off Camilla and maybe William and his father.

‘How on earth… why wouldn’t they just throw him over the balcony and her with him?’

Omid Scobie tweeted the video and wrote: “Everyone is entitled to an opinion, especially on an interview made for public consumption. But you know what isn’t acceptable? Vile “commentary” that only serves to incite violence and hate.”

Author, activist and lawyer Dr Shola Mos-Shogbamimu said: ‘Murder the Queen’s grandson? Throwing Prince Harry and Meghan over the Royal Balcony is NOT an opinion. It’s declared intent to incite MURDER against #HarryandMeghan.’

She went on: ‘Prosecute Eamonn Holmes – Freedom of speech is NOT freedom from consequences. Like Piers Morgan it’s intentional.’