“The Shortage of nurses in UK is affecting patient care and threatening lives. Outsiders looking in would rightly be puzzled by the UK government’s policy for planning the largest workforce in the NHS, and the apparent chaos, contradiction and confusion that has characterised the process. Nothing seems to make sense. For example, we have been under-producing nurses […] 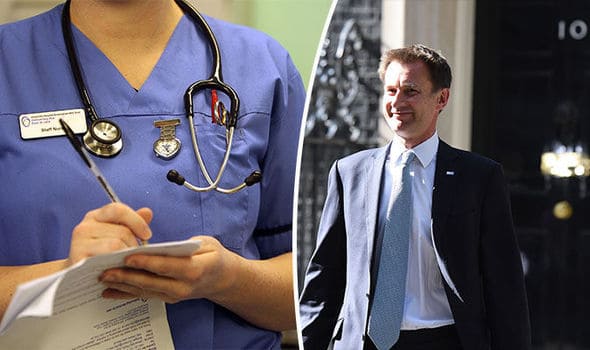 “The Shortage of nurses in UK is affecting patient care and threatening lives.

Outsiders looking in would rightly be puzzled by the UK government’s policy for planning the largest workforce in the NHS, and the apparent chaos, contradiction and confusion that has characterised the process.

Nothing seems to make sense. For example, we have been under-producing nurses in England over the past decade at a time when demand for care – due to a growing elderly population and an increase in people with multiple long-term illnesses – has increased.

Many of our counterparts in developed countries, such as the US, Australia, Belgium and Finland, have been boosting recruitment to meet the growth in demand. Significantly, the number of doctors in England has expanded by 20% over the past decade to meet growth in demand, so it is not simply a question of money.

At the same time, the government has removed the bursary to support the education and training of nurses. This essentially removes the only policy lever the UK had to incentivise recruitment, leaving students to pay fees and accrue debt when there has been a cap on pay for the past five years. The consequence of this has been a 23% drop in nursing degree applicants.

The cap on agency nurses has put tremendous pressure on the current qualified workforce on which we rely so much – not just to provide care, but also to mentor student and novice nurses. The quality of support that students receive in practice can make or break their decision to stay the course.

But support is needed throughout the system and nurses are feeling the strain and voting with their feet, which is reflected in high vacancy and turnover rates. The cap on agency nurse funding leaves any director of nursing with very few options but to resort to overseas recruitment. However, this has also been affected by Brexit and the language test of the Nursing and Midwifery Council. As a result, the number of EU nurses coming to the UK has dropped by 89% since the UK voted to leave the EU. 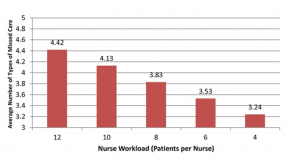 Last year, for the first time, the number of nurses flowing out of the system exceeded those coming into the system. The UK had come to rely on EU nurses to fill skills gaps, but that supply has been drying up as Brexit begins to bite. The consequence is that nurses in England have among the highest workloads and burnout rates of their EU peers.

Nurses are going without breaks, working 12-hour shifts and extra unpaid hours beyond what they are contracted to do. Patient care is affected by poor staffing levels to the extent that patients’ very survival is threatened and the risk of complications and readmission to hospital increases.

Research has also shown that the strength of the nursing workforce is not just in numbers but in quality – quality in terms of skill mix and qualification to degree level. Not having enough nurses has a detrimental effect on patient care, including patient mortality. But we have known about this for more than a decade.

What will it take for the government to do something about it? It is an issue that needs urgent action now. Introducing new grades of personnel, such as nursing associates, goes against the evidence on raising quality of care.

There are evidence-based solutions to hand, but they are being ignored. Our research, published in The Lancet, demonstrates that if hospitals in the nine EU countries we studied had at least 60% degree-educated nurses and a 1:6 nurse-to-patient ratio, we could avoid 3,500 patient deaths a year. Anyone in the financial sector would see that as a high return on investment. 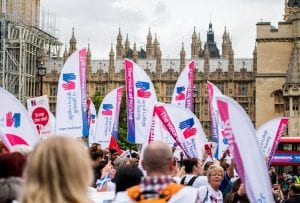 We need to teach the existing workforce new skills as well as invest in the new workforce. This is not a narrow issue affecting nurses alone. Not having enough nurses affects the welfare of patients and their loved ones. Care is rationed, and our research shows comforting talk and educating patients and their relatives about the patient’s condition are often omitted. This omission is associated with higher post-surgery mortality rates.

Not being able to deliver the care you want to due to staffing pressures gives the impression that nurses don’t care, when the real reason is that nurses are not given the resources to care. Our latest study, published in BMJ Open, reveals that patients’ unfavourable views of hospital care are strongly associated with insufficient numbers of nurses on duty, rather than uncaring staff.

The NHS has consistently enjoyed high public confidence. Perhaps this has caused complacency in the government. But low nurse staffing levels not only saps morale, it significantly affects patient satisfaction and safety. The government needs to implement evidence-based solutions if it is to avert the looming crisis.”

Written by Professor of Nursing Policy at King’s College London A.M. Rafferty, writing for ‘The Conversation’