"I was slightly shocked that he didn't have anything" 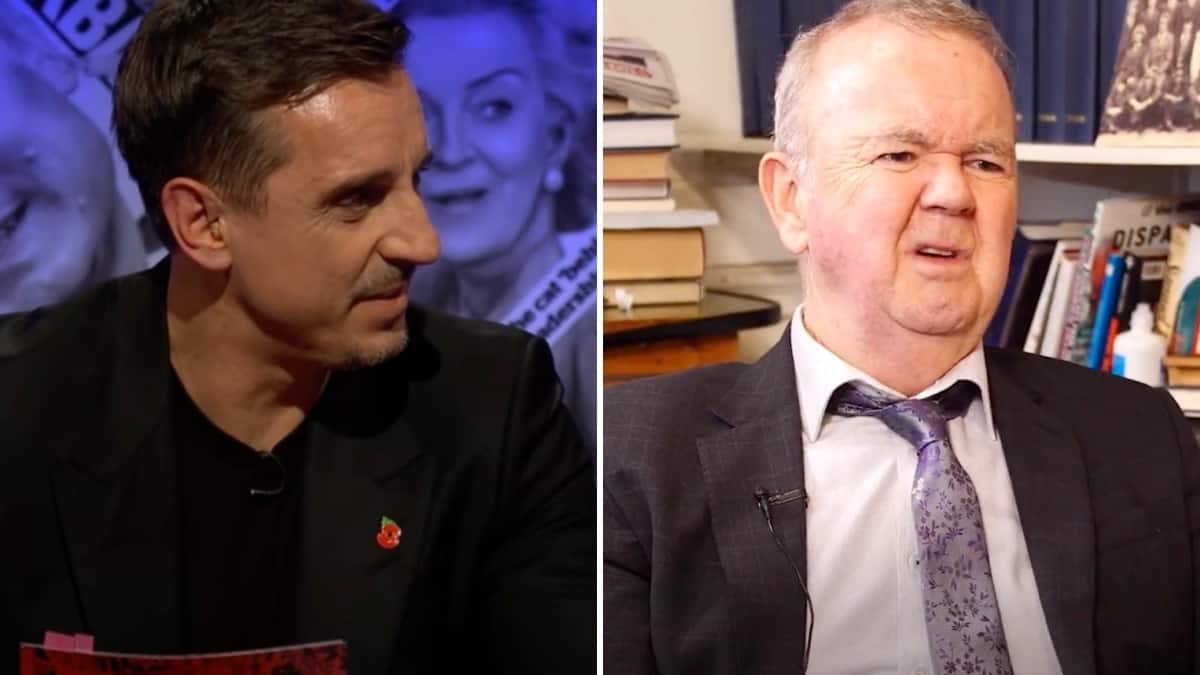 Ian Hislop says he was shocked Gary Neville didn’t have a better response about his involvement in the 2022 Qatar World Cup.

The Private Eye editor challenged the former Manchester United man ahead of the tournament in the Middle East on Have I Got News For You.

After some playful mocking, Hislop said: “The others have been very gentle with you, Gary, but the elephant in the room is still there. You’re commentating there, aren’t you?”

When Neville replied in the affirmative, Hislop asked him what his “defence” was, to which he said: “Well, you’ve got a choice, I think, haven’t you?”

Hislop fired back: “What, going or not going?”

Neville defended his decision to go to Qatar for work, stating: “My view always has been, you either highlight the issues and challenges in these countries, and speak about them, or you basically don’t say anything and stay back home, and don’t go. And I’ve always said we should challenge them.”

Hislop has since said he was “slightly shocked” that Neville “didn’t have anything” since.

In an interview with PoliticsJOE, he explained his reaction at the time.