Officers faced blaring noise, swearing and violence when they were called to a party in lockdown in East Sussex. 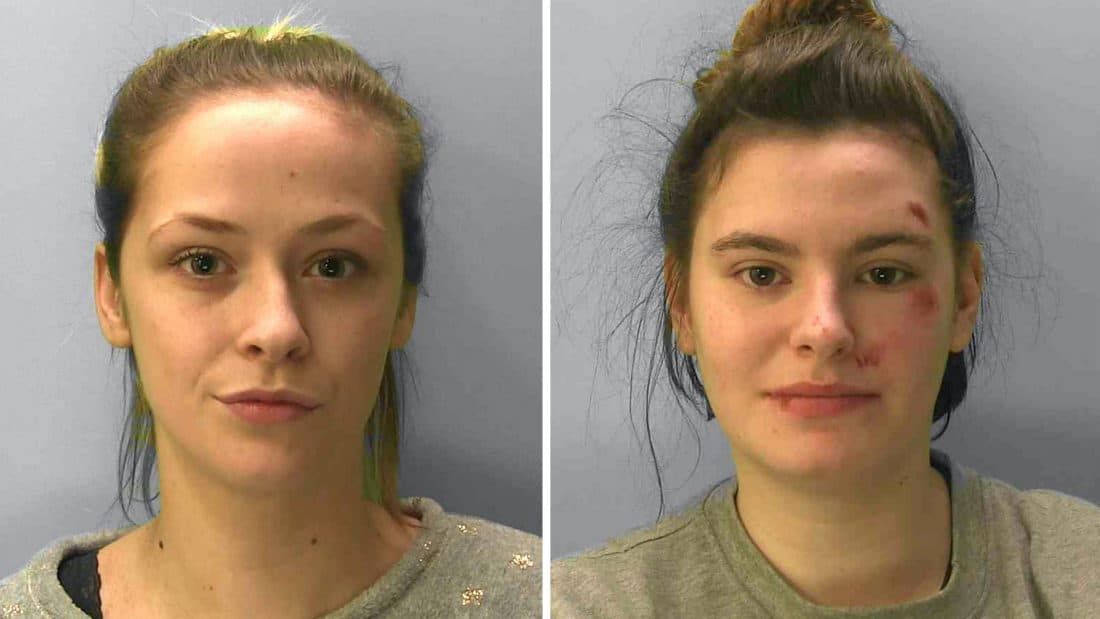 Two women who attacked police at a lockdown house party have been jailed.

Officers found blaring noise and drunk partygoers when they arrived at some flats in Eastbourne, East Sussex, in April.

But when they tried to break up the gathering, things turned violent, with one woman telling an officer: “I have got corona, watch out.”

I have got corona, watch out

The struggle – seen in court on shocking bodycam footage – spilled out into a hallway, where one of the officers doubled over in pain after being struck by a stone object.

Two 21-year-old women pleaded guilty to assaulting police at the party and appeared at Lewes Crown Court for sentencing.

Millie Robinson and Bayleigh Meadows, who both live in Eastbourne, were criticised by the judge for committing the offences while the rest of the country was obeying lockdown for the safety of everyone.

Prosecutor Ryan Richter said that when the two police officers tried to break up the party on April 8, they were met with a “barrage of abuse”.

He said they were told by occupants that they “had a right to be at each other’s flats”.

At one point, Robinson turned to one of the officers and pursed her lips as if she was going to spit at him, saying: “I have got corona, watch out”, the court heard.

As the commotion spilled into a hallway, Robinson ended up on the floor and kicked out, catching an officer in the stab vest and leg, the court was told.

At this point, Meadows picked up a toilet roll holder that had a stone base and launched it at one of the officers, striking him in the head, the court heard.

He was left with a 2cm cut and huge lump on his head which had to be glued back together, the court was told.

In a statement read out in court, he described the struggle as a “fast and surreal moment”.

Robinson’s defence barrister Rebecca Upton said that she had found lockdown “extremely hard” and felt “extremely isolated”, leading to a decline in her mental health.

She said: “Unfortunately, she took it upon herself to try and feel better by consuming a large quantity of alcohol.”

Ms Upton said Robinson was distressed at the scene and showed immediate remorse, and asked that she be given a suspended sentence.

Adam James, representing Meadows, argued that the congregation was “not a party but a gathering”.

He said Meadows has underlying mental health issues and only has a “limited” recollection of what happened.

Sentencing the pair, Judge Christine Laing QC said: “This matter happened just two weeks into the lockdown period imposed by the Government to try and halt the spread of Covid-19, a deadly pandemic.”

Looking at their previous convictions, she noted a history of violence against police officers and that they had “declined much of the opportunities of help that you have been given”.

Judge Laing added: “Police officers on a daily basis have to face risks to protect the public, perhaps never more so than during a pandemic.

“They should not have to deal with behaviour like that which we saw ever.”

Robinson, of Edgeland Terrace, pleaded guilty at a previous hearing to two charges of assaulting an emergency worker.

She was jailed for six months.

Meadows, of Lottbridge Drive, pleaded guilty at a previous hearing to one charge of assault occasioning actual bodily harm.

She was jailed for 12 months.