The UK government is no stranger to hypocrisy but pledging ‘unwavering support’ to Ukraine while shipping in almost barrels of Russian oil is utterly disingenuous, even by Boris Johnson’s standards." 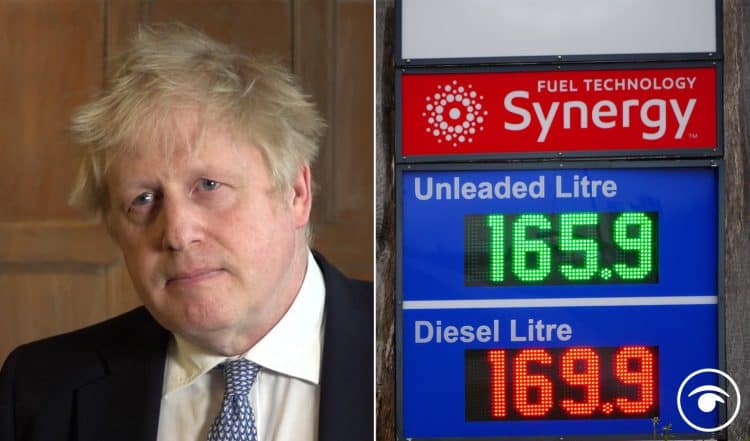 The UK has imported around £220 million worth of Russian oil since the Kremlin sent troops and tanks across the border into Ukraine in February.

Figures released on Wednesday show 1.9 million barrels of oil, or 257,000 tonnes, have been imported since Russian President Vladimir Putin launched the latest stage of his eight-year occupation of Ukraine.

They flowed into the country on oil tankers from Russia tracked by environmental campaigners at Greenpeace.

They kept coming even after the Government said it would ban Russian oil imports; the UK will phase out its use of Russian oil but only by the end of the year.

The Government has already banned Russian-owned, operated or flagged ships from entering the UK, but there is nothing stopping a vessel owned from Panama, or elsewhere, from coming here with Russian oil.

Several of the ships have arrived since the phase out of Russian oil was announced.

“The UK government is no stranger to hypocrisy but pledging ‘unwavering support’ to Ukraine while shipping in almost two million barrels of Russian oil is utterly disingenuous, even by Boris Johnson’s standards,” said Georgia Whitaker, oil and gas campaigner at Greenpeace UK.

“Despite the mounting death toll, the UK Government has given itself until the end of the year to stop importing Russia’s bloody oil.

“Sanctions don’t work until they’re implemented and eight more months of oil and gas imports is eight months too many.

“It’s clear we need an explicit and immediate ban on all Russian fossil fuels.”

Most of the shipments were of diesel, Greenpeace said.