Russian Senator Andrei Klimov called NATO a "suicide club" and warned that Sweden and Finland could meet the fate of the Azovstal steel fighters in Mariupol if they join NATO. 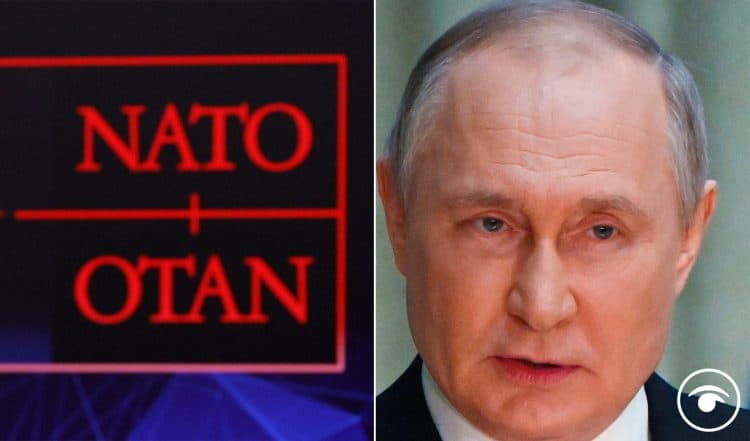 Sweden and Finland have agreed to submit simultaneous membership applications to Nato as early as the middle of next month, Nordic media have reported.

The Finnish daily Iltalehti reported yesterday that Stockholm had “suggested the two countries indicate their willingness to join” on the same day and that Helsinki had agreed “as long as the Swedish government has made its decision”.

Recent opinion polls have shown as many as 68 per cent of Finns are in favour of joining the alliance, more than double the figure before the invasion of Ukraine.

Posting on social media, Samual Ramani said: “Russian Senator Andrei Klimov called NATO a “suicide club” and warned that Sweden and Finland could meet the fate of the Azovstal steel fighters in Mariupol if they join NATO.”

“Klimov says Finland’s prosperity was caused by good relations with the Soviet Union Klimov claims “good neighborly relations” persisted even under Stalin. No mention of the 1939 Soviet invasion of Finland and the Winter War.”

“Klimov warns that Ukraine destroyed its potential through pursuing NATO and anti-Russian militarism, and cautions Sweden and Finland against following its path Klimov is engaging in the saber-rattling that encourages Sweden and Finland to view Russia as a threat and join NATO.”

It comes as Moscow says it is “in essence” at war with Nato after deliveries of western weapons were made to Ukraine.

Russian foreign minister Sergei Lavrov claimed ongoing deliveries of supplies and weaponry to Ukraine meant the Nato alliance was “in essence engaged in war with Russia” and Moscow views these weapons as legitimate targets.

“These weapons will be a legitimate target for Russia’s military acting within the context of the special operation,” he told state television in an interview posted on the foreign ministry’s website.

“Storage facilities in western Ukraine have been targeted more than once (by Russian forces). How can it be otherwise?

“Nato, in essence, is engaged in a war with Russia through a proxy and is arming that proxy. War means war.”

He told Sky News: “The donor community is not Nato. The donor effort is something that has been brought together by countries that are yes, many of them are from Nato, but others are from beyond … it is not Nato that is doing the military aid.”

He added: “Sergei Lavorv might also reflect that the reason there is a war in Ukraine right now is because Russia rolled over the borders of a sovereign country and started to invade their territory.

“All of this noise from Moscow about somehow their attack on Ukraine being a response to Nato aggression is just utter, utter nonsense.”