The ruthless thugs have struck at least twice in central London 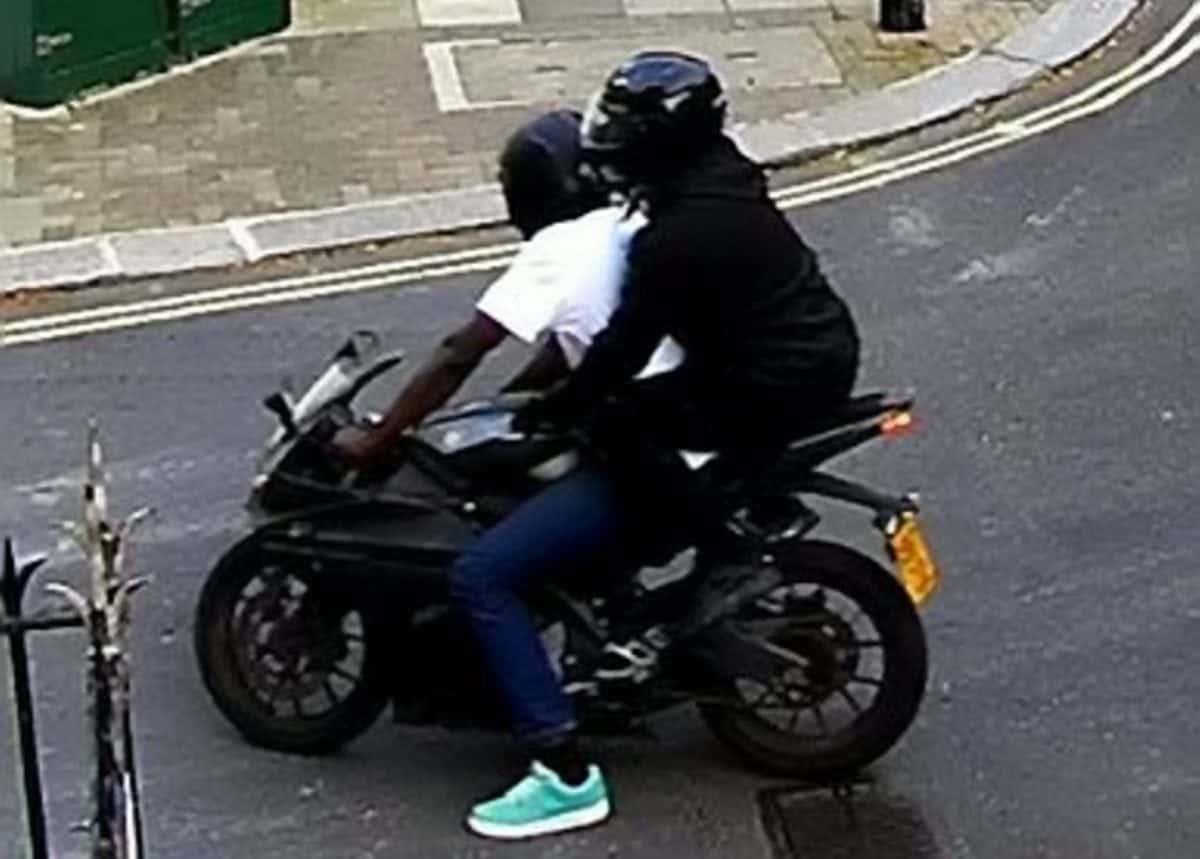 The first incident happened at a round 7.35pm on the evening of Saturday June 19th as the victim, a 27-year-old woman, was walking along Moscow Road in Bayswater.

Detectives said she was followed a short distance by two men on a motorbike before one dismounted and followed her on foot into St Petersburg Place where he grabbed her around the neck and demanded that she give him her engagement ring.

The thug, wearing a crash helmet, pulled the ring off her finger before getting on the back of the bike and speeding off towards Bayswater Road.

Just 25 minutes the duo struck again 1.5 miles away in Melbury Road, Kensington, when a 45-year-old woman was the target.

One of the men got off the bike and grabbed the victim from behind before stealing her £200 watch.

He then got back on the motorbike and both males made off towards Holland Park.

Detectives have released an image of two men who they would like to speak to in connection to both incidents, as well as images of the stolen ring.

They said the thug who stole the victims’ ring and watch was wearing black clothing and a black crash helmet. 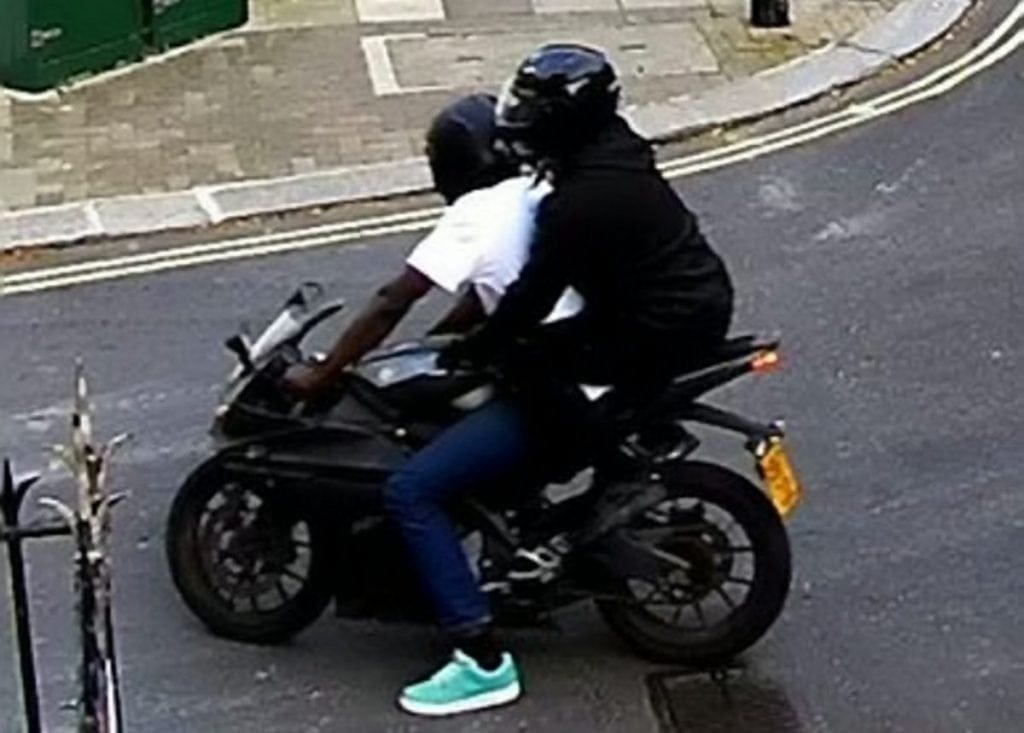 The driver of the motorbike is described as a black man, and was wearing a black crash helmet, a white t-shirt, blue jeans and green trainers.

The stolen watch had a square silver and white face with a black strap and white stitching.

Detective Constable Dan Jones, from the Met’s Westminster Serious Crime Unit, said: “These men targeted and attacked two women in an attempt to snatch their belongings, which both had sentimental value.

“The attack has left these two women extremely shaken. If you saw anything or know who these two males are, please get in touch.”