In August alone, 998 people have signed up as hosts with Rooms for Refugees, a Glasgow-based community housing network. 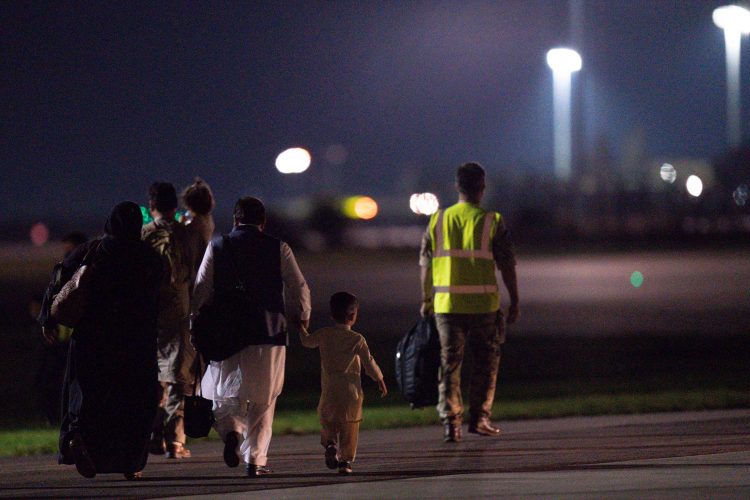 Hundreds of Brits have offered to host Afghan refugees in their homes since the evacuation of Kabul began.

In August alone, 998 people have signed up as hosts with Rooms for Refugees, a Glasgow-based community housing network.

Another 824 people have offered up spare rooms to Afghans via another charity, Refugees at Home, in the past fortnight.

Others are expected to join the wave of support through Airbnb, after the rental giant announced it would help house up to 20,000 Afghan refugees worldwide.

Some have reportedly contacted their local authorities with offers to host, despite councils still being unclear as to how many families will head their way.

The government has said it will “work with stakeholders, including devolved administrations and local councils, to ensure that Afghans who will be rebuilding their lives in the UK have the support they need”.

But Robina Querish, the director of Rooms For Refugees, said ministers were missing an opportunity.

“It is a shame that the government refuses to recognise [this] vast resource … We literally have thousands of available rooms and properties available for free in every part of the UK that you can imagine.”

An estimated 10,000 Afghans will be resettled in the UK this year, but it is still unclear where they will be housed.

Sara Nathan, co-founder of Refugees at Home, told The Guardian that the charity was having to train new volunteers to deal with the influx of offers. She hailed the “incredible variety” of Brits coming forward.

“It includes people who are retired and empty nesters to those with small children; some with several rooms or even a separate flat or house they could offer a family, others saying they will move out of their living room to make space,” she said.

But she cautioned that the hosting was little more than a temporary fix.

“We are not suggesting it is a permanent solution to the housing crisis, but it’s infinitely better than staying in a hotel after quarantine – both much more comfortable and also more integrating.

“Hosts often eat with their guests and very quickly they learn so much about life in the UK,” she said.