George Eustice MP responded saying: "He would tell her to speak to the local authority and try to get some help from the Household Support Fund". 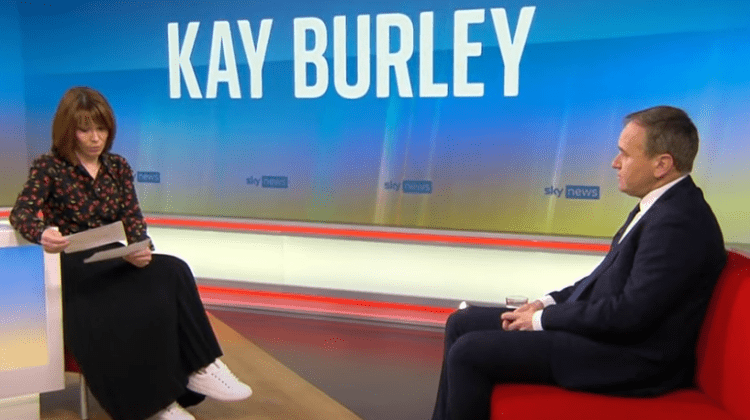 Environment secretary George Eustice has been speaking to Sky’s Kay Burley, and she didn’t miss the opportunity on her return to rinse yet another minister.

He continued: “Generally speaking, what people find is by going for some of the value brands rather than own-branded products – they can actually contain and manage their household budget.”

Kay moved onto to discuss the prime minister’s controversial interview from Tuesday, where Good Morning Britain’s Susanna Reid spoke to Boris Johnson on the programme for the first time in five years.

As she challenged the PM over the cost-of-living crisis and provided an example of an elderly woman forced to sit on a bus during the day to save money on heating, his immediate response was to point out that he “introduced the 24-hour Freedom Bus Pass”.

It shocked the nation to its core, and now ministers are being sent out to defend him.

Related: Reid savages PM for avoiding GMB interview for over 1000 days and his gloat about bus passes