“Taxpayers up and down the country will rightly feel aggrieved that their taxes are being spent – in ludicrous sums – on an undemocratic, outdated system," Scotland's ruling party has said. 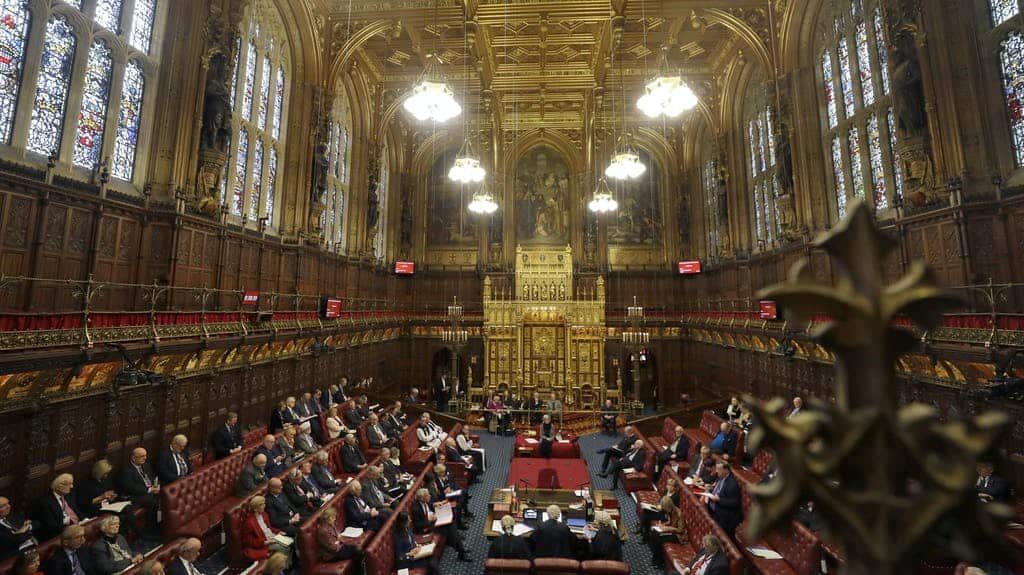 Around £15 million of UK taxpayers’ money was spent on unelected politicians in the House of Lords over the past year, with peers claiming almost £700 per individual contribution.

New figures revealed by the House of Commons Library show that, between August 2020 and July 2021, peers claimed £14.92million for daily allowances and expenses.

During the same period, 22,140 debate contributions were made, amounting to £674 per contribution.

Scotland’s ruling party has hit out at the “ludicrous sums” and suggested the spending strengthens the case for scrapping the House of Lords.

SNP MP Pete Wishart tweeted the Lords are the most “corrupt and absurd legislative chamber in the world” and that it “makes laws that every person in Scotland is expected to abide by”.

He added: “The unelected House of Lords is a permanent stain on our democracy.

“Taxpayers up and down the country will rightly feel aggrieved that their taxes are being spent – in ludicrous sums – on an undemocratic, outdated system.

“Scotland is on a different path to Westminster – we do not believe in the House of Lords and consistently vote in favour of its immediate removal.

“Labour promised to abolish the House of Lords 11 years ago yet fail to criticise its role now. The Tories are adamant that it is a good and proper institution, therefore it’s clear that only the SNP stand firmly against it.

“However, whilst under Westminster rule, we will never be able to shake off the chains of an undemocratic system like the House of Lords. Only by achieving independence can we finally rid ourselves of this toxic, undemocratic system once and for all.”

Earlier this year, a committee recommended to cap the House of Lords to 600 members into law.

The call for action came after concerns that Boris Johnson appointed more than 830 peers in January – compared to 650 MPs in the House of Commons.

Peers have previously backed plans to limit the size of the Lords to 600 members but despite gaining support from former prime minister Theresa May, the upper chamber said its ambitions to scale back its size were being thwarted by the current Downing Street incumbent.

Last month, the Tories were caught up in a new scandal after an investigation found multimillionaires donating at least £3 million to the Tories appeared to be ‘guaranteed’ a seat in the upper chamber.

A joint investigation by The Sunday Times and Open Democracy claimed to have found evidence of a new “cash for peerages” scandal, as 16 of the party’s main treasurers have reportedly been offered a seat in the Lords over the past two decades.

The only exception was the most recent one, who stood down in the past few months, according to the probe.