A committee has recommended enshrining the pledge into law as a ‘voluntary approach is no longer working’. 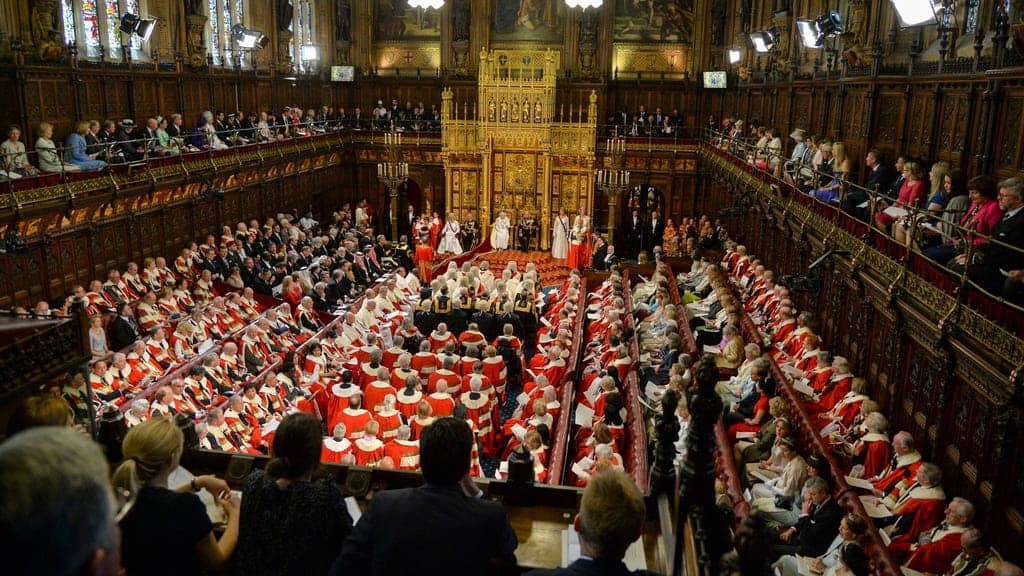 Proposals to cap the House of Lords to 600 members should be written into law as progress on slashing numbers is being “undone” by the Prime Minister’s political appointments, a committee has recommended.

The fresh call for action follows concerns after nominations made in January by Boris Johnson took the total number of peers to more than 830 – compared with 650 MPs in the House of Commons.

The make-up of the appointments, including political donors and the Prime Minister’s own brother, fuelled accusations of “cronyism” as Mr Johnson opted to fill up the red benches, going against recommendations made to his predecessor.

Peers have previously backed plans to limit the size of the Lords to 600 members but despite gaining support from former prime minister Theresa May, the upper chamber said its ambitions to scale back its size were being thwarted by the current Downing Street incumbent.

“Two out, one in” system

The Lord Speaker’s Committee on the Size of the House had previously suggested having a “two out, one in” system, as well as calling for 15-year fixed term limits to be introduced and pushing for any political appointments to be linked to election results.

However, committee chairman Lord Burns said it was evident that a “voluntary approach is no longer working” given the recent decision to take membership beyond the 800-mark.

The committee said its initial recommendations were designed to be implemented without legislation over a period of years but that, in its report published on Sunday, it had “now concluded that this approach is too vulnerable to political events”.

A spokeswoman for the committee said: “They have advised that the priority is to implement a binding cap and achieve a much faster reduction to 600 members than originally planned.

“For the first time, the committee also recommended that hereditary peer by-elections should be stopped, but highlighted that this can only be achieved through legislation.”

Lord Burns said: “The House of Lords is anomalous among legislatures in having no limit on its size, and until we put that right there is nothing to prevent it continuing to grow.

“Our committee set out some practical solutions to reduce its size to 600 and keep it there, which were supported by the House in 2017.

“The prime minister at the time, Theresa May, also signalled a desire to reduce the size of the House and adopted the committee’s recommendation that she should act with restraint in the number of new members she appointed.

“However, the evidence shows that a voluntary approach is no longer working and any progress that has been made is being undone by too many appointments.

“A new approach is therefore required if we are to make serious progress in this area.”

Lord McFall, Lord Fowler’s successor as Lord Speaker, said: “Lord Burns and his committee have done important work and have proposed practical solutions to address the size of the House and as Lord Speaker, I plan to raise these issues at the highest level.

“Now is the time to redouble our efforts and accelerate progress, not to give up.

“Ultimately, a smaller and more effective House will be of greater benefit to the public we are here to serve.