Over 225,000 flights were tracked by Flightradar yesterday for the first time ever, news that his been condemned by environmentalists. 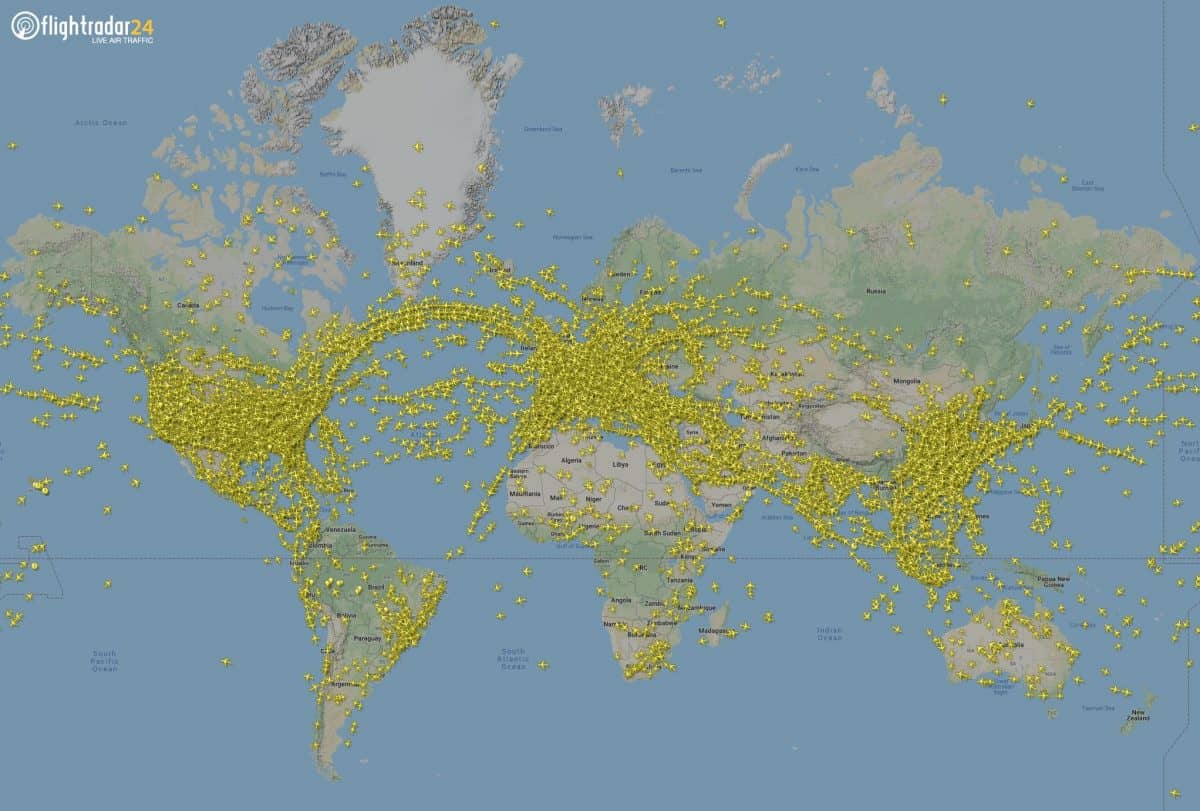 Record-breaking temperatures coincided with a record number of flights in the sky yesterday in a stark reminder of aviation’s climate impact.

Over 225,000 flights were tracked by Flightradar yesterday for the first time ever, news that his been condemned by environmentalists.

Just one return flight from London to New York produces a greater carbon footprint than a whole year’s personal allowance needed to keep the climate safe.

Each traveller emits about 1.2t of CO2 on transatlantic flights, according to Department for Transport figures, which compares to an average British personal total of 7.1t.

Most of Europe basked in record-breaking temperatures yesterday as Mercury reached record levels for July at Heathrow.

Belgium, Germany and the Netherlands recorded their highest ever temperatures as many places tipped the 40C mark.

Paris also had its hottest day in history as it surpasses 42 degrees, just three and half years after a climate agreement was struck in its name.