A hotel guest expressed concern that cladding is still attached to buildings, saying the blaze "really went up quickly.” 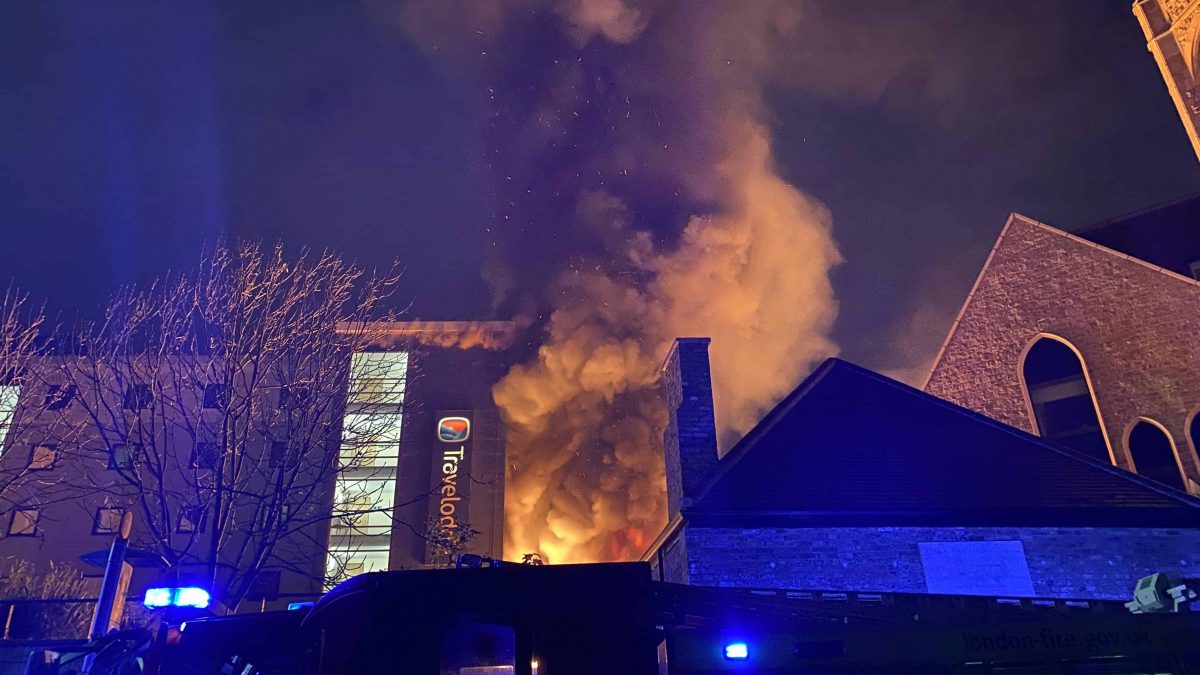 A fire at a five-storey hotel in west London was on the outside of the building, which a witness says was covered in cladding.

About 100 firefighters tackled the blaze at the Travelodge on High Street, Brentford, in the early hours of Wednesday.

The London Fire Brigade (LFB) said about 160 people were evacuated from the building and there were no injuries.

Reg Williams, who was staying at the hotel, said parts of the building covered in cladding were “shrouded” in smoke.

He told the PA news agency: “The fire crews had the hoses in that cladded area for ages.

“I’m concerned that cladding is still attached to buildings.”

Mr Williams, from Stratford-upon-Avon, said the alarm in the hotel went off at 2.45am and the guests were quickly evacuated.

“The fire was quite big, the flames were 20 metres high,” he said. “It really went up quickly.”

We've completed our search of the hotel. Around 160 guests & staff evacuated the building. There's no reports of any injuries. Firefighters continue to work hard in challenging conditions to bring the blaze under control https://t.co/KK5v6zXYHt pic.twitter.com/ndm6DRGkqn

Fifteen fire engines attended the incident, which started in a bin room adjacent to the hotel.

An LFB spokesman said the blaze spread to the hotel and “up five floors”.

He told the PA news agency: “The fire was on the outside from what I gather. That is how it is looking.”

When asked if the fire spread across the cladding, the spokesman added: “We would not give details until we have carried out an investigation.”

Another hotel guest, Mike Thomas, told the PA news agency: “We were woken up suddenly by the alarm, we didn’t believe it was really real.

“Then someone ran down the hallway and said it was an actual fire and we rushed out.”

“We could feel the heat”

He said the fire exit they evacuated through was close to the bin area where the fire started.

“We could feel the heat,” he said. “Then the penny drops that you’re actually running out of a burning building.”

The brigade was called to the fire at 2.52am and was supported by staff from surrounding fire stations.

The blaze was “under control” by 6.53am and its cause is now being investigated by fire officers and police, the brigade said.

Station commander Nathan Hobson said: “When firefighters arrived they were faced with a rapidly developing fire.

“Firefighters carried out a systematic search of the hotel and fought the fire internally, which helped stop the fire spreading further.”

LFB assistant commissioner Graham Ellis, who was at the scene, said the brigade’s control room received 17 calls about the fire.

He said: “Firefighters carried out a systematic search of the hotel and around 160 guests and staff evacuated the building.

“Fire crews will be damping down pockets of fire and carrying out salvage work throughout the morning.

“There were no reports of any injuries.”

The Travelodge is located less than five miles from the site of the Grenfell Tower fire disaster, which claimed the lives of 72 people in 2017.