A Cotswold homeowner was stunned when she spotted an ‘extinct’ bird – in her back garden. The Lady Amherst pheasant was introduced to the UK from China in the 19th Century but there have been no reported sightings since March 2015. But Angela King was amazed to spot one of the birds strolling across her […] 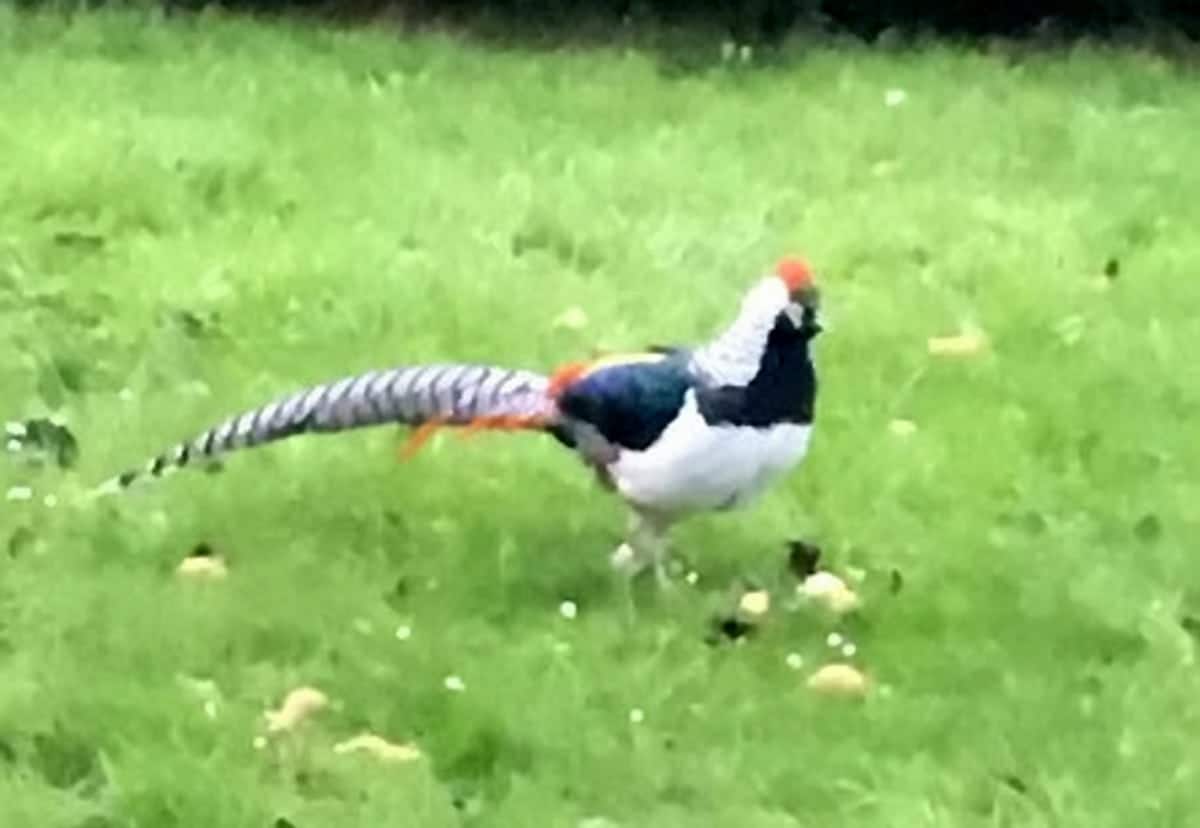 A Cotswold homeowner was stunned when she spotted an ‘extinct’ bird – in her back garden.

The Lady Amherst pheasant was introduced to the UK from China in the 19th Century but there have been no reported sightings since March 2015.

But Angela King was amazed to spot one of the birds strolling across her lawn in Crudwell, Wilts.

She said: “When I saw it, I called for my husband to come and look too as I knew no one would believe what I’d seen.

“If the identification is correct then it should never have been alive to wander into my garden.

“Someone else in Crudwell did say they had also seen it.”

Lady Amhersts are native to China’s upland bamboo forests and were first released into the wild in the UK from the Woburn Estate in Bedfordshire in the 1890s.

Their numbers peaked at around 200 pairs but hunting by foxes and a loss of habitat caused the population to crash to just a single male by 2015.

A spokesperson for the Royal Society for the Protection of Birds said it is not a protected species.