"We argue we can form an informed opinion about the possible effects of Covid-19 on protest initiatives and future social unrest by looking at the great plagues of the past." 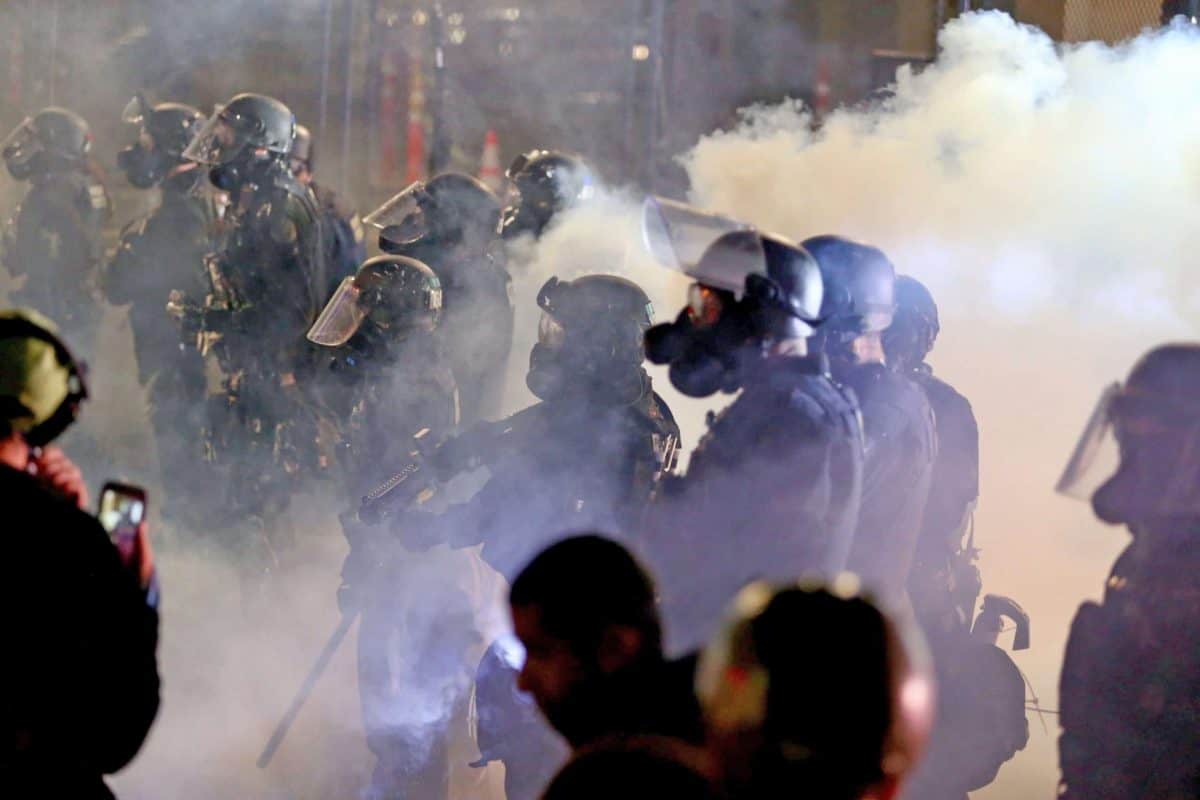 Covid-19 could spark civil unrest – including racism, according to new research.

Protests round the world are likely to soar once the pandemic is over, say scientists.

History teaches social tensions build during such crises – from the Black Death to Spanish Flu.

They bubble below the surface – and then explode one it’s all over, warn the Italian team.

Lead author Professor Massimo Morelli, of Bocconi University in Milan, said: “The social and psychological unrest arising from the epidemic tends to crowd-out the conflicts of the pre-epidemic period.

“But, at the same time it constitutes the fertile ground on which global protest may return more aggressively once the epidemic is over.”

They said the findings explain why less has been heard recently from populist political movements or climate change protestor Greta Thunberg.

Prof Morelli said: “With the Covid-19 crisis, protest movements seem to have lost their voice all over the world.

“‘Liberate Hong-Kong’, the environmental activism of Greta Thunberg, the ‘Gilets Jaunes’ (yellow vests) in France or the ‘Sardine’ movement in Italy appear greatly weakened since the outburst of the epidemic.”

While an epidemic lasts the status quo and incumbent governments tend to consolidate.

But a sharp rise in social instability should be expected once it’s over, said the researchers.

Revolts not linked to the disease are infrequent within the period of an epidemic. But other “seeds of conflict” can be sown.

These can be caused by conspiracy theories and blaming the outbreak on the ‘filthy poor’, foreigners and immigrants.

This has already been seen during Covid-19 – with Chinese and Muslim individuals being targeted.

“First, the policy measures tend to conflict with the interest of people, generating a dangerous friction between society and institutions.

“Second, to the extent an epidemic impacts differently on society in terms of mortality and economic welfare, it may exacerbate inequality.

“Third, the psychological shock can induce irrational narratives on the causes and the spread of the disease, which may result in social or racial discrimination and even xenophobia.”

Focusing on five cholera epidemics, Profs Morelli and Censolo counted 39 and 71 rebellions, respectively in the preceding and following decades.

They identified only four that occurred amid the outbreaks that were not directly connected to the epidemics themselves.

On the other hand, in the short-term the necessary restrictions of freedom during an epidemic may be strategically exploited by governments to reinforce power.

Writing in Peace Economics, Peace Science and Public Policy, they said it has implications for Covid-19.

The former killed half of the people in London within 18 months – with bodies piled five-deep in mass graves.

During the latter over 50 million people died worldwide. The death toll was 228,000 in Britain alone.

Prof Morelli said: “We argue we can form an informed opinion about the possible effects of Covid-19 on protest initiatives and future social unrest by looking at the great plagues of the past.”