"I have not grounded him because he is already suffering enough from the lockdown and does not go out as much as he used to." 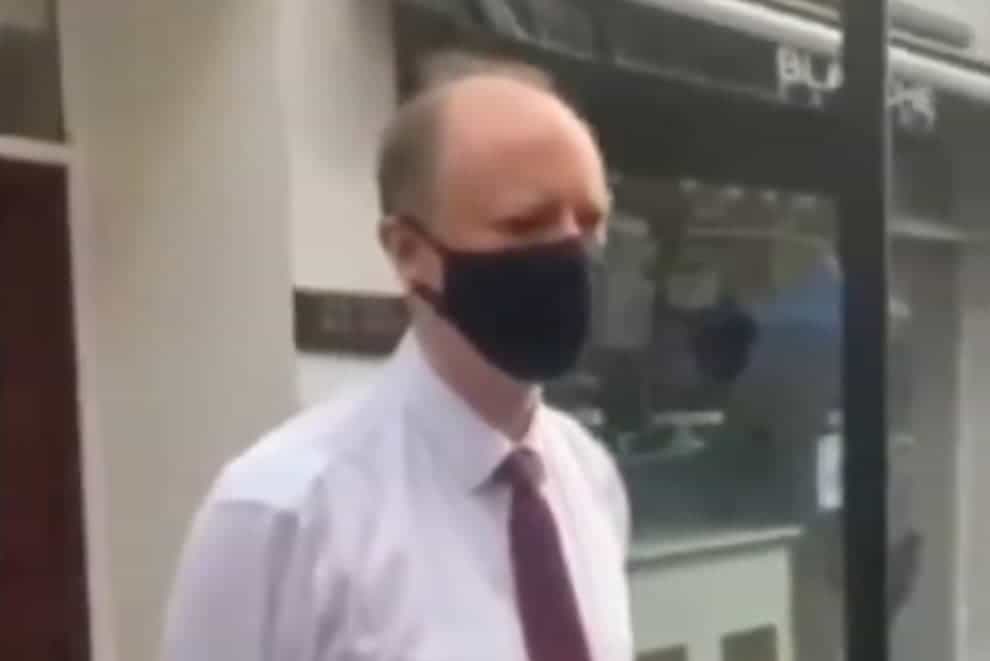 Professor Chris Whitty said he hopes the young man who heckled him in the street becomes a “model citizen” and more like the late Captain Sir Tom Moore. His mum has also reprimanded him…sort of.

Footage of a verbal attack on Prof Whitty was branded “unacceptable” and “pathetic” after appearing on social media.

The video shared on TikTok showed a young man repeatedly accusing England’s chief medical officer of “lying” about Covid-19, while the scientist was out walking near Westminster in central London.

Asked about the incident at the Downing Street press conference on Wednesday, Prof Whitty said: “In terms of being harangued … the odd young lad showing off occasionally happens.

“I didn’t think anything of it frankly, I was very surprised it was picked up by the media at all, as anything of any importance.

“I’m sure he’ll become a model citizen in due course and hopefully more like Captain Tom, who was the kind of person who I think much more exemplifies the spirit of the UK.”

Inspirational veteran Sir Tom, who died aged 100 on Tuesday morning, raised more than £32 million for the NHS during the first coronavirus lockdown.

Prof Whitty added: “He was himself clearly absolutely remarkable, but what he was also doing was showing how it is that everybody has responded to this (the pandemic), and this has been a nationwide everybody responding.

“If it wasn’t for that – we would not see those numbers coming down.”

He added: “That is because everybody has worked together.”

Prime Minister Boris Johnson’s official spokesman said: “Chris Whitty is an outstanding public servant who has worked incredibly hard and tirelessly to help steer us through what has been a very, very challenging time over the past year.

“And it is clearly unacceptable that somebody who has done so much is being subject to this sort of behaviour.”

The catcaller who confronted Prof Whitty in the street was also labelled “pathetic” by Health Secretary Matt Hancock.

It is unclear when the video was taken, but Prof Whitty did not respond to the taunts and appeared to be waiting for food from a nearby market stall.

Speaking to BBC Breakfast, Mr Hancock said: “I think the individual concerned is pathetic, I think it is ridiculous what he is doing.

“Chris Whitty is one of our greatest living scientists and his advice to the Government all the way through this, and his advice to all of us in the population, has been incredibly smart and thoughtful, and he is a great asset to this nation.

“The idea that someone would do something as silly as that is ridiculous.”

He added: “Chris Whitty is a scientist of great repute and, frankly, he should be respected by everybody.”

The mother of the teenager who verbally abused Chris Whitty in the street by calling him a “liar” has confiscated her son’s PlayStation as a punishment.

She told Mail Online: “I was horrified when I saw how rude my son was to Mr Whitty.

“That is not how I have brought him up and not the behaviour that I expect from him. The video really upset me and has left me feeling very stressed and anxious.

“I have taken away his PlayStation, which is the thing he loves the most. I have not grounded him because he is already suffering enough from the lockdown and does not go out as much as he used to.”