Children were among a group of people thought to be migrants brought ashore in Kent on Friday. 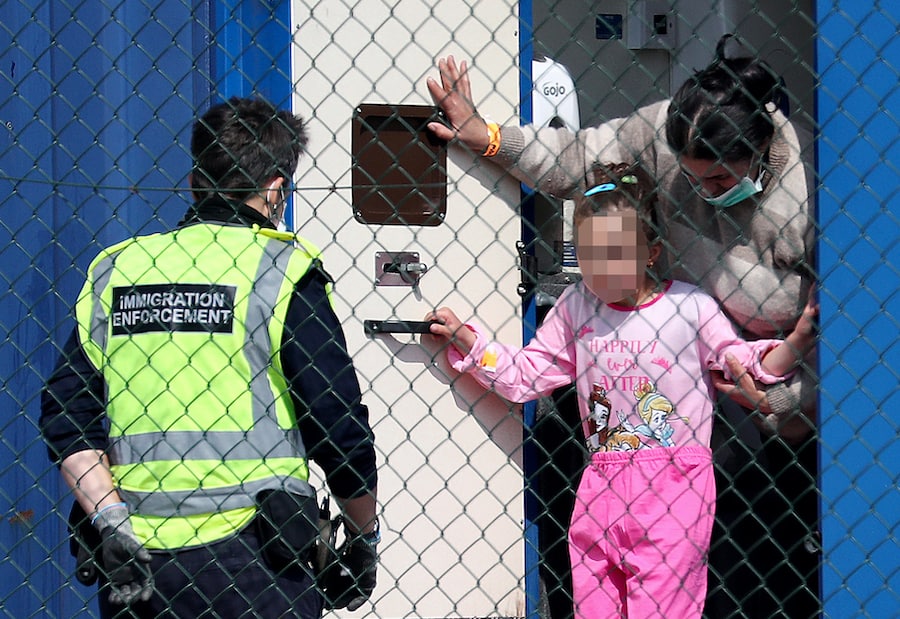 A young girl wearing Disney-style “Happily Ever After” pyjamas was among at least three children seen being brought ashore as migrants continued to cross the Channel to Britain’s south coast.

A charity described the news as “heartbreaking” as it renewed calls for the Government to establish “safe and legal routes” for those making the dangerous crossing to the UK amid the coronavirus outbreak.

It is thought five boats carrying several migrants were intercepted by Border Force on Friday morning.

The Home Office is yet to confirm details of the incident.

At least three young children were among the group, according to witnesses.

One young girl wearing pink Disney-style princess pyjamas – which bore the words “Happily Ever After” – was helped out of a cabin by a woman wearing a mask as an official stood nearby, images show.

In a separate incident, French rescue teams were called out to sea after a group of 16 migrants were thought to have gone overboard.

But by 8am they were all found unharmed, having coming ashore on various beaches near Calais in the northern part of the French coast, the coastguard for the region, le Prefecture Maritime de la Manche, said.

Stephen Hale, the chief executive of charity Refugee Action, said: “It’s heartbreaking that people including young children are having to risk their lives to seek refuge in the UK due to a lack of safe and legal routes to get here.

“The Government must stop talking tough and start thinking smart.

“More routes for people to claim protection in the UK must be created, including a long-term commitment to resettle 10,000 refugees every year.”

The news comes a week after another 73 migrants made the crossing to Kent, prompting the Home Secretary Priti Patel to say she was “determined” to stop illegal Channel crossings, adding: “I will not stand by whilst malicious criminals prey on the vulnerable.”

But her pledge prompted charity leaders to call for the Government to rethink its approach, with one telling Ms Patel to “stop chasing unicorns”.

Earlier this week the Home Office announced the UK and Greece had signed a migration action plan, pledging to work together to tackle illegal migration in Europe.

The department refused to provide specifics of the plan, other than to confirm a Border Force cutter would continue to patrol the Aegean.

Meanwhile, Dame Emma Thompson and other stars have backed calls for the Home Secretary to end restrictions which could prevent thousands of migrants in the UK from accessing financial support during the coronavirus crisis.