Nurses will have seen their pay devalued by more than £6,000 per year compared to inflation between April 2010 and April 2021, GMB said. 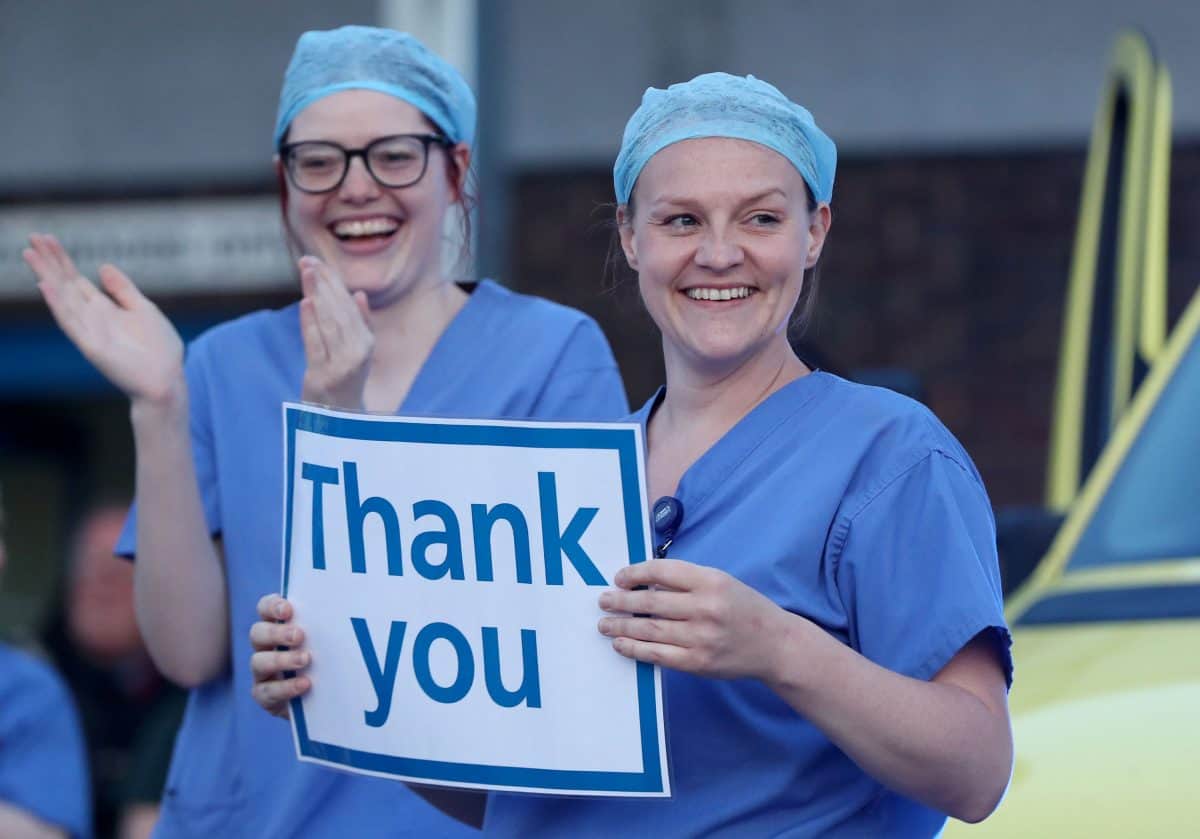 Health workers have seen their pay slashed by thousands of pounds in real terms since the Tories came to power in 2010 – with nurses and ambulance workers among the hardest hit.

The shocking figures – compiled by union GMB – come amid a row over NHS pay, with Boris Johnson claiming that a below-inflation rise of 1 per cent for health workers is all the government can afford.

Nurses will have seen their pay devalued by more than £6,000 per year compared to inflation between April 2010 and next month, April 2021.

Ambulance technicians’ pay has decreased by almost £5,000, call handlers’ by almost £3,000, and an experienced speech and language therapist’s by a staggering £9,000.

Thousands of people showed their support for health workers on Thursday evening by joining a nationwide slow handclap protest against the government’s controversial recommended 1% pay rise for staff.

The event, organised by health unions and the TUC, mirrored the weekly applause for the NHS at the height of the coronavirus crisis last year.

Unison thanked members of the public and health workers who took part in the slow handclap, which will be repeated on 1 April, the day staff should have been getting their next wage increase.

Unison said many porters, midwives, cleaners, healthcare assistants, nurses, domestics and other NHS workers will end up leaving the health service unless there is an urgent rethink by the government.

“After a decade of having their pay cut, and a year on the covid frontline keeping us all safe, they’ve been hit with yet another pay cut. No wonder they are angry.

“Johnson could allay health workers’ fears – instead he’s just adding to the resentment and anger.

“Ministers must stop pretending pay progression alone is enough – more than half of NHS staff are on the top of their pay grade so essentially get nothing.

“GMB calls on the prime minister to commit to fully fund a proper pay uplift, one that recognises the sacrifices made by NHS staff.”

The Royal College of Nursing has set up an industrial action fund and Unite has warned of strikes in protest at the 1 per cent figure.

NHS pay will be one of the biggest political issues in the coming weeks and could have an impact on local council elections in May, the same month the Pay Review Body is due to make its recommendation after considering submissions from the government and unions.