“Under the circumstances, Nadia El-Nakla has no option but to proceed with court action against the nursery," wrote Mr Anwar. 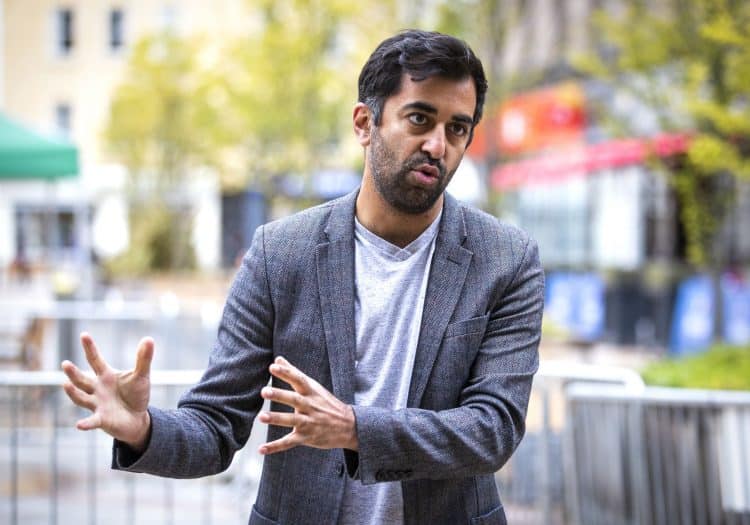 Court action is to be taken against a nursery in Dundee which allegedly rejected the daughter of Scotland’s Health Secretary and his wife.

Humza Yousaf and Nadia El-Nakla applied for a place for young Amal at the Little Scholars Day Nursery in Broughty Ferry, but were turned down with the facility claiming there was no space.

But just two days later a white friend of the couple was told there were spaces for her son on three afternoons every week.

Mr Yousaf and Ms El-Nakla reported the nursery to the Care Inspectorate but also instructed solicitor Aamer Anwar to initiate legal proceedings – which are now being taken to court.

A statement from Mr Anwar said: “On Monday August 9 2021, a claim was intimated on the Little Scholars Day Nursery, Broughty Ferry, Dundee, for a breach of the Equality Act 2010, in respect of alleged discrimination suffered by Nadia El-Nakla and her daughter, Amal Yousaf.

“We received a response from those acting for the nursery on Monday August 23 2021.

“This response refutes that there has been any discriminatory behaviour, but fails to provide a reasoned explanation as to why there were repeated refusals to accommodate children with Muslim/minority ethnic names, whilst at the same time children with white/Scottish names were offered nursery places.

“This is all despite the fact that other bodies including the Care Inspectorate and the Equality and Human Rights Commission have expressed an interest in this case.

“Under the circumstances, Nadia El-Nakla has no option but to proceed with court action against the nursery.”

The nursery was given 14 days (until Monday) to provide full settlement proposals, a public apology and compensation to be paid to an “anti-racist charity of our client’s choosing” choosing or court action would be raised at Dundee Sheriff Court.

Mr Yousaf contacted the Daily Record newspaper who submitted fake queries from a Muslim family and white family, with the same results as before.

A spokesperson for the nursery previously told the Daily Record: “Our nursery is extremely proud of being open and inclusive to all and any claim to the contrary is demonstrably false and an accusation that we would refute in the strongest possible terms.

“In addition to our owners being of Asian heritage, across more than a decade we have regularly welcomed both children and staff from a range of different religious, cultural, ethnic and racial backgrounds including two Muslim families currently.

“We have also regularly made arrangements to accommodate different lifestyles by, for example, providing a halal menu for those children who come from Muslim families.”

Related: Nigel Farage to take a break from GB News – less than a month after joining