"I think if the Health Secretary is too scared to face the frontline NHS staff he bashes - and yet purports to lead - he really shouldn't be in post," tweeted Dr Rachel Clarke. 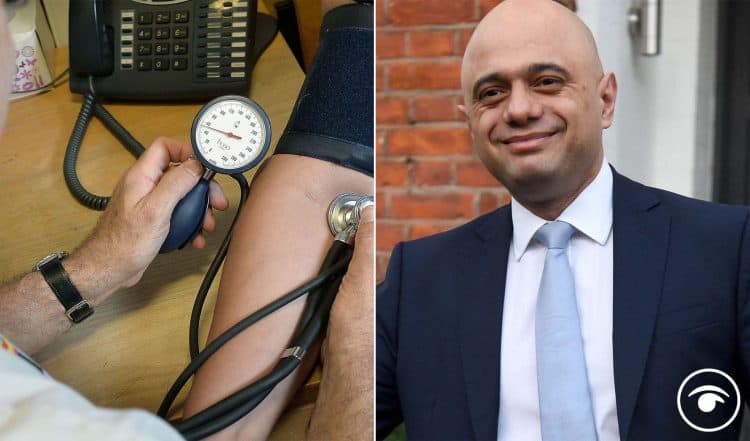 GPs have reacted with fury to Government plans to name and shame them over access to care, as the Health Secretary failed to address the profession at its annual conference.

The head of the Royal College of GPs (RCGP) described the attack on medics from some politicians and sections of the media as “abuse” and said it was “demoralising and indefensible”.

Health secretary Sajid Javid has defended the government’s decision to publish league tables for family doctors, but denied that it amounted to the “naming and shaming” of GPs.

GP surgeries which fail to provide appropriate “access” will be listed in league tables under the £250m plan – with patients given a new right to demand face-to-face appointments.

Asked by Sky News if it would mean the “naming and shaming” of GPs who fail to meet targets, Javid: “We have no plans whatsoever for that … What we are doing is providing more data and more transparency.”

The health secretary added: “It is important that patients have this information because I want to see a levelling up of healthcare throughout the country.”

England’s chief medical officer, Professor Chris Whitty, also told delegates attending the RCGP conference in Liverpool that the topic of face-to-face appointments had “got rather more heat than it needs”, although he suggested there could be more in-person consultations.

However, he urged GPs to effectively ignore negative press, saying: “I would stick to the advice that is an old saying but it’s completely right, which is never worry about criticism from somebody you wouldn’t take advice from.”

He told GPs they are “outstanding”, adding: “I’m massively admiring of what all you have done, and continue to do, in the biggest public health challenge in our professional careers.”

In response to Sajid Javid Dr Rachel Clarke tweeted: “So @sajidjavid has literally just *cancelled* his appearance at today’s @RCGP annual conference. I think if the Health Secretary is too scared to face the frontline NHS staff he bashes – and yet purports to lead – he really shouldn’t be in post.”

Professor Martin Marshall, head of the RCGP, told delegates that GPs had worked tirelessly to support patients through the pandemic, and are now helping all those with conditions such as long Covid as well as patients on long NHS waiting lists.

He said GPs have found themselves at the centre of a “public storm over face-to-face appointments”.

He added: “The malicious criticism of the profession by certain sections of the media and by some politicians as a result of the shift towards remote working – introduced to keep our patients and our team safe and keep the service operating – has been the worst that I can remember in over 30 years as a GP.

“This widespread vilification of hard working GPs and our teams is unfair, it’s demoralising and it’s indefensible.

Prof Marshall criticised the move announced by Health Secretary Sajid Javid, adding: “The so-called support package for general practice in England announced this morning is most definitely not the answer to the challenges that we face in providing high quality care for our patients.

“Calling today’s announcement a missed opportunity would be the understatement of the century.”

Earlier, Dr Michael Mulholland, vice chair for professional development at the RCGP, told the college’s annual conference there had been a “change” to the line-up for the meeting and Mr Javid would not be addressing GPs.

To laughter from the audience, he said: “Unfortunately we do have one change to the programme. The Secretary of State for Health for England is unable to join us today either in person or by video link.

“This is because, and I need to get this right, he had to ‘clear his diary to ensure he can fight for the NHS in the spending review, or be anywhere else you may have seen or heard him this morning’.”

Under the new plans, GP surgeries that fail to provide an appropriate level of “access” will be named and shamed in league tables as patients are given a new right to demand face-to-face appointments.

The NHS is ploughing millions of pounds into a new package of measures aimed at improving access to GPs, but practices which fail to provide an “appropriate” level of face-to-face appointments will not be eligible for the new funding.

The new investment will fund locums as well as support for GPs from other health professionals such as physiotherapists and podiatrists.

The NHS said GP practices must “respect preferences for face-to-face care unless there are good clinical reasons to the contrary”.

Local health systems will also be given some freedom to determine how to tackle access problems, which could include “walk-in consultations”.

Speaking to the RCGP conference in person, Prof Whitty said that, pre-pandemic, the NHS should have actually been doing more remote consultations than it was.

However, he said “the pendulum” will now “need to come back to a point that isn’t quite out where it wasn’t in the middle of Covid, nor is it where it was in August 2019”.

“We as a profession have got to have a debate with the public who we serve and work out what is the right place for that, but also recognising that what we’re trying to do is to use the resources we’ve got in the best way we can and also recognising that, for many patients, a telemedicine solution is a better solution, including, for example,… mental health, some people actually prefer a more distant relationship and there are a variety of other ones.”

He said the issue should not be allowed to be “driven by a public discourse”, though it is “quite reasonable” for politicians to make comment on it.

Elsewhere, the British Medical Association (BMA) has condemned the Government plans, with General Practitioners Committee chairman Dr Richard Vautrey saying: “GPs across England will be truly horrified that this is being presented as a lifeline to general practice, when in reality it could sink the ship altogether.”

The RCGP has also called on the Government to fulfil its manifesto pledge of an additional 6,000 GPs and 26,000 other primary care professionals in the workforce by 2024 – a target that is highly likely to be missed.

TV doctor and GP Rosemary Leonard accused the Health Secretary of “stirring up anti-GP rhetoric”, adding there are not enough locums to employ to plug the gaps.

The NHS hospital treatment backlog in England has risen to a new record level with the number of people waiting more than two years rising to nearly 10,000, figures show.

A total of 5.7 million people were waiting to start routine hospital treatment at the end of August 2021, according to figures from NHS England.

This is the highest number since records began in August 2007 and includes those waiting for hip and knee replacements and cataract surgery.

But the number of people having to wait more than 52 weeks to start treatment fell for the fifth month in a row to 292,138.

NHS England and NHS Improvement has told hospitals to stabilise the number of patients waiting for hospital treatment, keep year-plus waiters at current levels, and eliminate two-year waits by March next year.

The Royal College of Surgeons of England called for an increase in the number of hospital beds and staff to tackle the backlog.

Its vice president Fiona Myint said that the way to reduce the backlog in elective care was to train and recruit more NHS staff, and improve infrastructure and bed capacity in the NHS.

She added: “The reality is that we require more staff and hospital beds to bring down the elective waiting list.

“This includes nurses and operating department assistants, who are part of the team in the operating theatre.

“We must also look at how we can retain the staff we have. We need to improve morale in the NHS after the past two years which have been very tough.”

Getting a Hair Transplant in Turkey – Why Is It So Popular?