"Never in the field of human chaos and carnage has one man done so little to inflict so much damage and humiliation on his nation, economy and citizens," wrote one Twitter user. 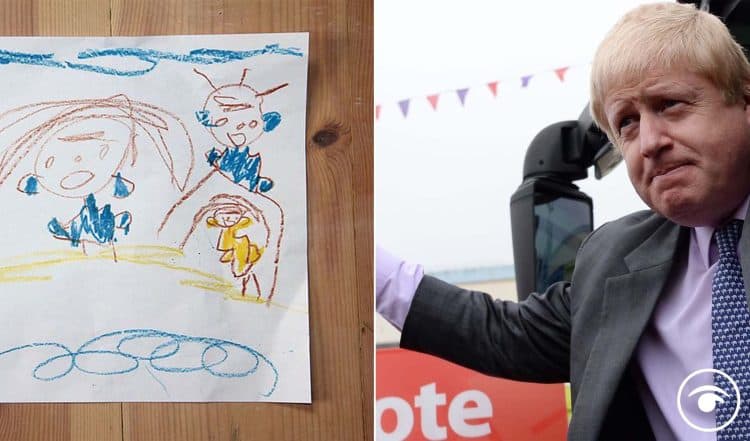 The PM has swanned off to Tory peer Sac Gokdsmith’s £25k a week luxury villa on the Costa del Sol.

He is sunning himself as the UK continues to struggle with supply chain issues, Breixt, energy crisis, you name it.

The Mirror managed to get a pic of the PM standing at his easel trying to paint like his hero Winston Churchill.

It comes as a report yesterday slammed the government’s response of the handling of the Covid crisis, leading to thousands of unnecessary deaths.

Tory minister George Freeman said: “It’s too early for any proper discussion about blame and fault. This was a biomedical Battle of Britain and I suspect mistakes were made.”

It concluded that 20,000 lives could have been saved if the country had gone into lockdown earlier in March last year.

Families of those who died of Covid-19 were calling on the Prime Minister to apologise but he seems to want to focus on his art. He has made no comment on the report, but ‘he; tweeted from his official account yesterday.

One person replied: “Is the sea closed?”

The El Pais newspaper said: “Boris Johnson spends a week in Marbella with his family while the United Kingdom tackles its greatest crisis since the pandemic.”