Well, it looks like the next video Bald and Bankrupt shares with his millions of followers online will be an absolute belter... 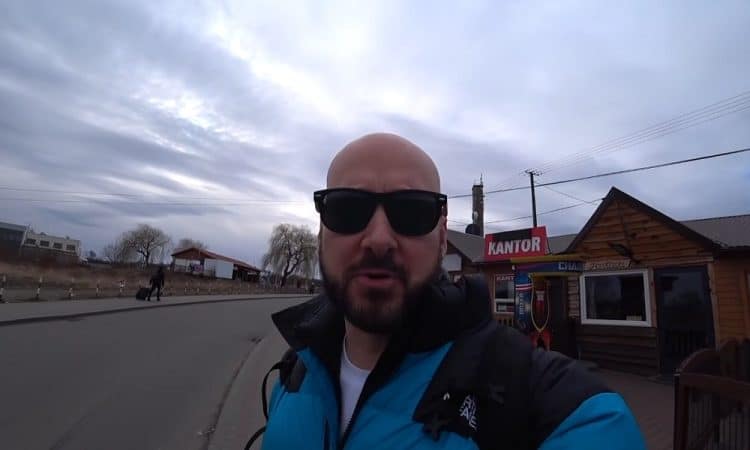 Benjamin Rich – who runs the Bald and Bankrupt YouTube channel – has spoken out on his social media pages, after he endured a brush with the law during a trip to a Russian-controlled cosmodrome in Kazakhstan.

Has Bald and Bankrupt been arrested in Russia?

The intrepid traveller, who has visited some of the most desolate and dangerous places on the planet, has recently embarked on a trip to Baikonur. It’s a popular spot for tourists fascinated by space travel, and Russia’s ongoing rocket launches.

However, to travel here and observe the intergalactic feats of machinery, you need to have some top-level clearance. It has become apparent that Bald and Bankrupt did not have this, and law enforcement officials near the base ‘detained’ Rich and his companion.

Speculation has been rife about how the Russian authorities were handling the popular YouTuber, who boasts an impressive follower count of 3.5 million on the video-sharing platform. However, Rich has stepped forward to put some of the rumours to bed.

Brit YouTuber denies he has ‘been sent to a Gulag’

Speaking on his official Instagram account, Bald and Bankrupt denied claims that he had been arrested. He was, however, held by police for a few hours while they questioned him. His only punishment, however, was a £60 fine he paid on the spot.

Rich, who is also fluent in Russian, went on to explain that police officers were amicable with him and his companion – and once the administrative costs were handled, the pair were given a tour of Baikonaur.

“Apparently some people think I’m in a Gulag or something! I was basically questioned by Russian police for going to see the Buran Rocket without obtaining special permission. I was given a £60 fine, like many other adventurers before me.”

“I wasn’t arrested. It was not a criminal offence to be without the permission slip, and the fine was merely administrative. It’s like getting caught smoking in the wrong place, or jay-walking. All the cops were friendly, and even gave us a lift back afterwards.”