The car obstructed a part of the road that was needed by emergency workers. 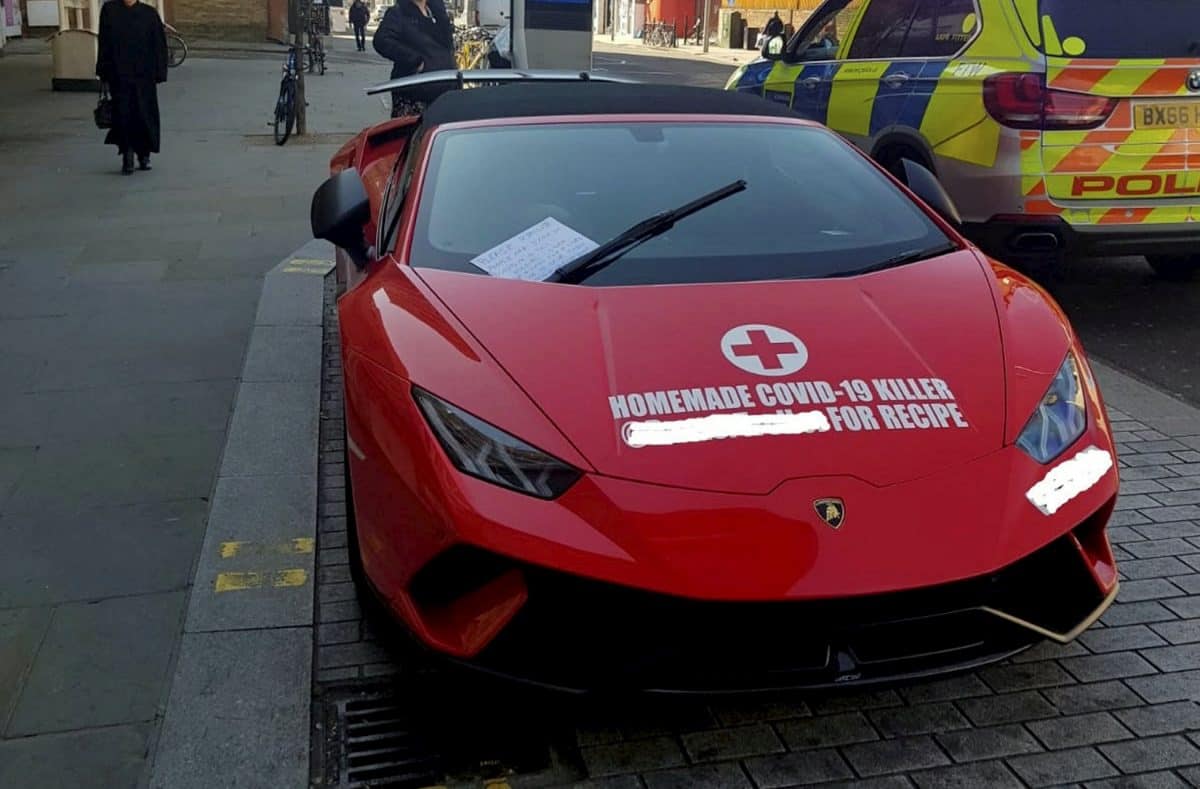 A supercar had to be removed by police after a YouTube idiot parked it outside a hospital blocking access to emergency workers.

The car – a red Lamborghini worth hundreds of thousands of pounds – was parked outside Chelsea and Westminster hospital today.

It apparently belongs to a YouTuber going by the name of ‘Doctor Troller’, who claims to “troll people for your entertainment”.

A message was daubed on the front of the Lamborghini touting a recipe for “Homemade COVID-19 Killer” hand sanitiser that the prankster touted in his latest video – which has collected just 180 views since it was uploaded yesterday.

After police officers were called in to force the driver to remove the car, the Royal Borough of Kensington and Chelsea lambasted the stunt as “the height of stupidity”.

The council said that it was working with hospitals to identify which cars near the hospital belonged to emergency workers, adding that it would not forcibly remove vehicles belonging to hospital staff.

However, it added, it would not hesitate to penalise “obstructive and dangerous cars owned by members of the public who are not key workers”.

Councillor Cem Kemahli, the Royal Borough’s lead member for enforcement, said: “This is disappointing and frankly dangerous behaviour, blocking emergency services vehicles for clickbait is the height of stupidity.

“It is not the time for practical jokes and baiting of public service officers who are working incredibly hard to keep our streets clear for vital NHS staff and key workers.”