More than 100 arrested during protests where many of those present chanted ‘Tommy Robinson’ and sang the national anthem as violence erupted around London. 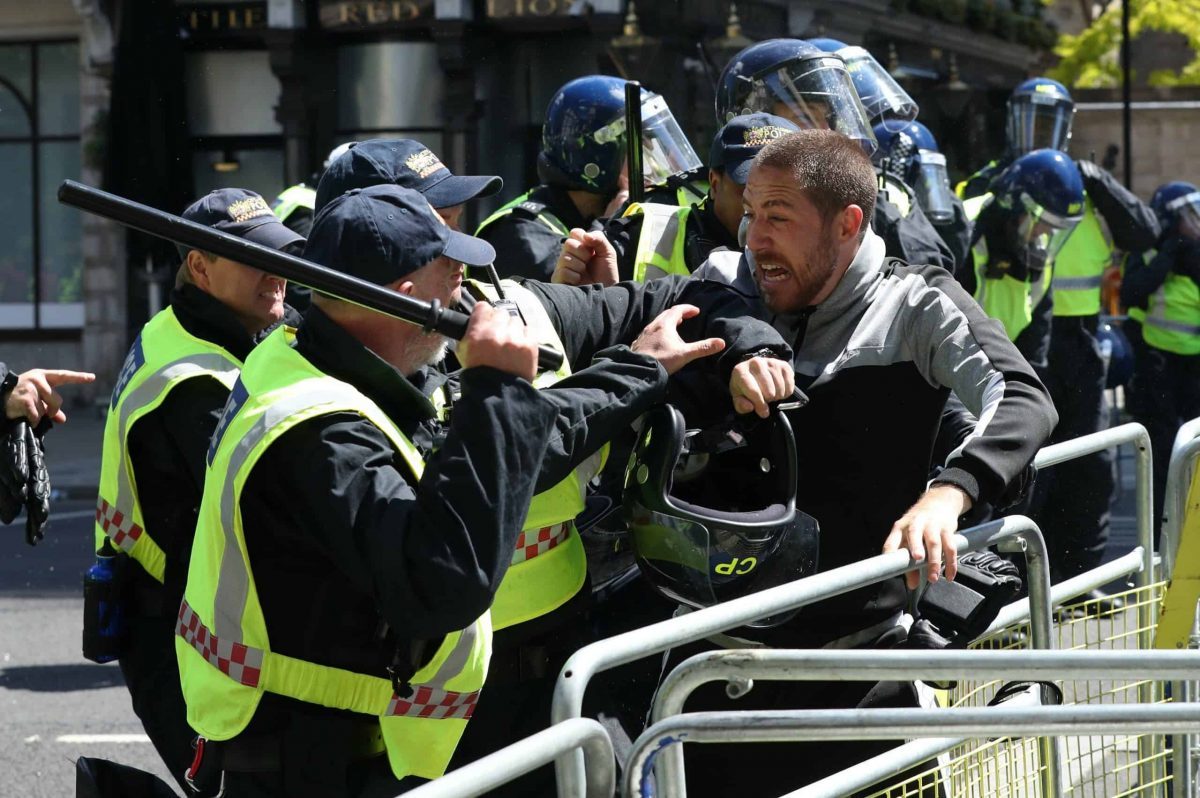 A large group of protesters abused people sitting having a picnic in Hyde Park on Saturday afternoon, as far-right demonstrations took place in central London.

A Video shared online shows the gang approach some people gathered in the park for a picnic, before swearing at them and forcing them to move. In scenes that many will find repulsive. There appears to be no reason why this group were singled out.

Tom Norman, an actor who took a video of the incident, wrote on Twitter that the group dispersed when the Met Police arrived on the scene

“They were attacking anyone in their path. It could not have been LESS about statues or values or being British. It was shameful,” he added in a separate post.

Scotland’s First Minister has branded protesters “utterly shameful” as police were able to avert a major clash with an unknown group.

Hundreds of people descended on George Square in Glasgow to call for the statue of Metropolitan Police founder Robert Peel to stay in place in an event organised by a group called the Loyalist Defence League, after a protest was organised to call for its removal.

The original protest, organised by the Glasgow Youth Art Collective, was postponed due to what organisers say was a lack of access to the square and “police targeting activists”.

The First Minister welcomed the cancellation of the protest.

“I say to anyone that has found themselves on the streets of Glasgow in an altercation with other groups or with the police, that they should really take a long hard look at themselves.

“That is not acceptable behaviour at any time, but at this time of crisis that the country faces, I think it’s particularly shameful behaviour.”