For many of us, the February 2nd event has come to symbolise life in lockdown. 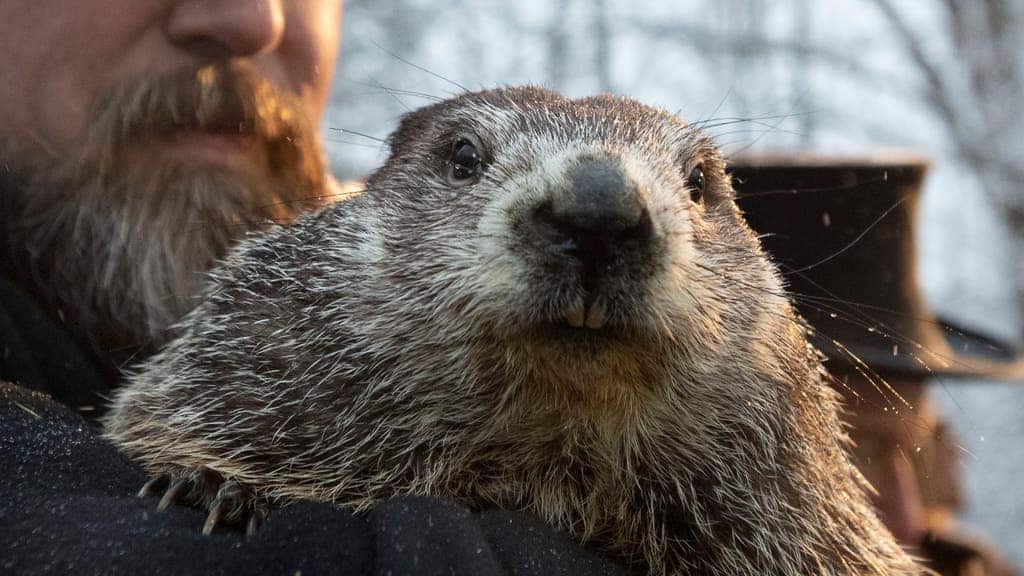 It is Groundhog Day in the US – virtually.

The annual ritual held at Gobbler’s Knob, Pennsylvania, to see if a famous groundhog will emerge from his burrow and portend the end of winter will be held on Tuesday.

But this year, because of Covid-19, Groundhog Day – made famous in the 1993 film of the same name – will be off limits to the public and conducted virtually, with viewers able to watch online thanks to the Pennsylvania Tourism Office.

In an event dating back to 1887, each year on February 2 onlookers have made their way to the hill, near the town of Punxsutawney, north-east of Pittsburgh, to watch for a sign of the end of winter from a groundhog.

Dubbed Punxsutawney Phil, the rodent – or more precisely a succession of them with the same name – was given the moniker in 1961, with Groundhog Day legend suggesting he was originally named after the Duke of Edinburgh.

“We could all use some extra happiness this year”

Beginning at 6.30am local time on Tuesday (1130 GMT), people can log on and listen to winter and spring-inspired Spotify playlists while learning how to make Wigle Whiskey cocktails and at-home crafts, including the official cookie of Groundhog Day.

Then Phil – assisted by an inner circle of organisers – will emerge at dawn, either to find his shadow or not. If he sees it, it is said to mean there are six more weeks of winter. If he does not, spring is forecast to come early.

“Whether you’re hoping for six more weeks of winter fun or an early spring, we could all use some extra happiness this year,” said department spokeswoman Carrie Lepore.

This year, Phil, as in many years in the past, will be giving his forecast during a major snowstorm that is hitting the entire north-east of the US.

While he may be the most famous groundhog forecaster, Phil is not the only one. There are two other high-profile “imposters”, as the Punxsutawney Groundhog Club calls them.

Staten Island Chuck will be asked for his prophesy at the Staten Island Zoo in New York at around 8am on Tuesday. That event will be streamed on Facebook because the zoo is closed.