They broke down in tears at a press conference in Westminster 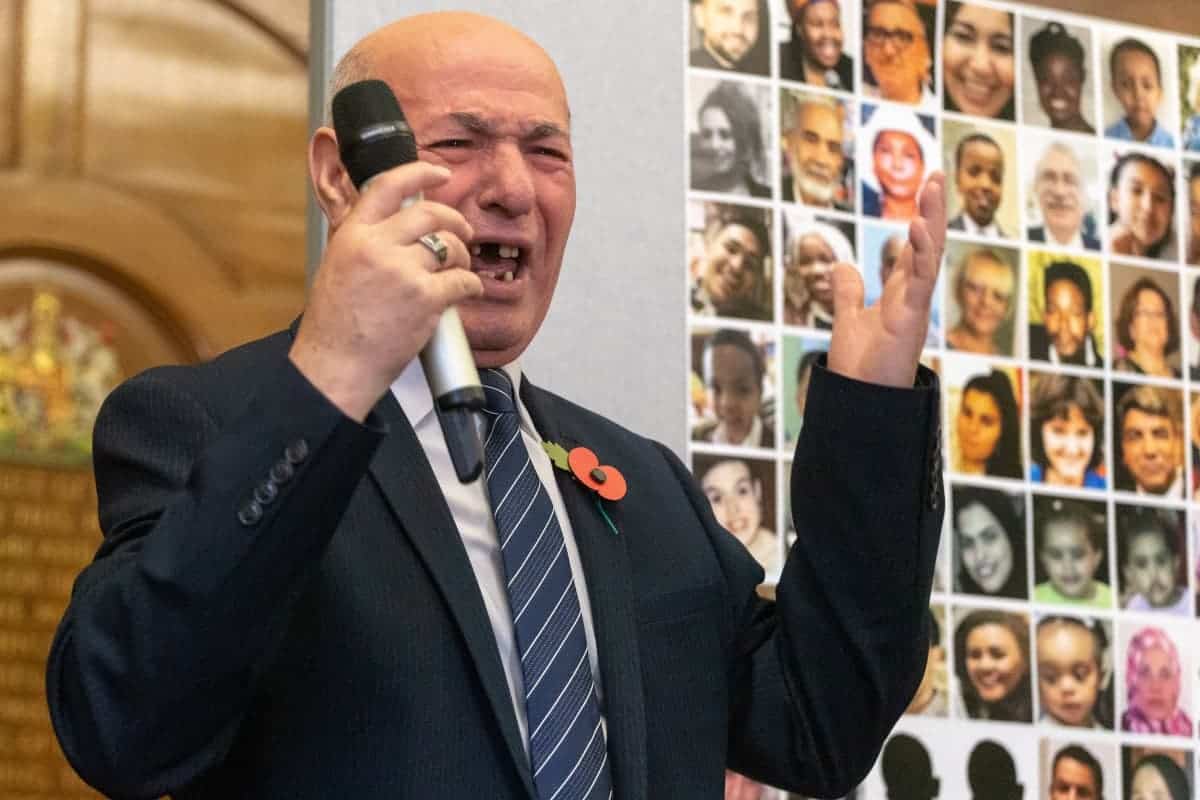 Grieving relatives of the Grenfell inferno today branded the public inquiry a “cover up” and called for the prosecution of senior London Fire Brigade officials.

Husbands, parents and siblings of some of the 72 victims of the tower block blaze Grenfell victims said the Fire Brigade’s failure to save more lives was a “disgrace”.

Many of them had survived the fire in June 2017 by ignoring firefighters’ instructions to “stay put” in the doomed tower block.

It comes after retiring London Fire Brigade (LFB) Commissioner Dany Cotton was accused of being “remarkably insensitive” after she said she would not change anything firefighters did on the night.

Nabil Choucaire who lost six members of his family – his mother, his sister and her husband, plus three nieces – was among those to speak at a press conference in Westminster, central London.

Mr Choucaire, who was not a Grenfell resident, said: “This inquiry is one of the biggest and worst cover ups.

“They have controlled us from what was being said in the pen portraits.

“After losing a family or a loved one, our lives are never going to be the same. It has completely dramatically changed.

“It is a disgrace when you look at the inquiry and you hear ‘I cannot remember’ and ‘I forgot.’

“We have gone through hell and back. We can still remember. Why can they not remember?

“If you do not change it, we will have another Grenfell.

“And she wants to quit to get an early pension of £2 million or so.

“She is just opening the door for other people to follow in her footsteps.

“I am sorry, that is not acceptable. You are responsible. Your pension should be taken out at the right time like everybody else.

“It is disgraceful, it is unacceptable.”

Mr Choucaire said the report was incomplete and vital information had been left out.

He said: “As you know from the report, our fire brigade has been criticised quite a lot for what they did and they are still trying to put the blame on the cladding.

“I am sorry, your actions you have to be responsible for.

“It is like when you drive a car and you have an accident and you kill somebody – you cannot blame the car and say it should have had cushioning.

“You cannot tackle a fire that was bigger than you can imagine.

“You should have implemented a rescue mission a lot earlier, we could see this.

“We asked for the report to be put behind because we did not want it to get put behind an election and Brexit.

“They are trying to hide and cover up what is going on and this is not acceptable.”

Nazanin Aghlani attended the conference to support her brother whose mother and aunt died in the fire.

The 32-year-old said: “People’s lives are in the hands of people who are not capable of the job.

“They should be discharged of it.

“If a fire went off in my home, I would not even call them because they are not capable.

“They should be scrutinised all the time because they are responsible for a lot of lives and they do not care much.

“We have senior staff saying they would not do anything different and it is not their fault.

“They should be stripped of their power.”

“If I went to work and I did not do my job properly and somebody died, I would be prosecuted.

“They should be prosecuted. That is when we will get justice.”