The report concluded that combustible classing acted as a "source of fuel" and that fewer people may have died if key decisions had been made earlier. 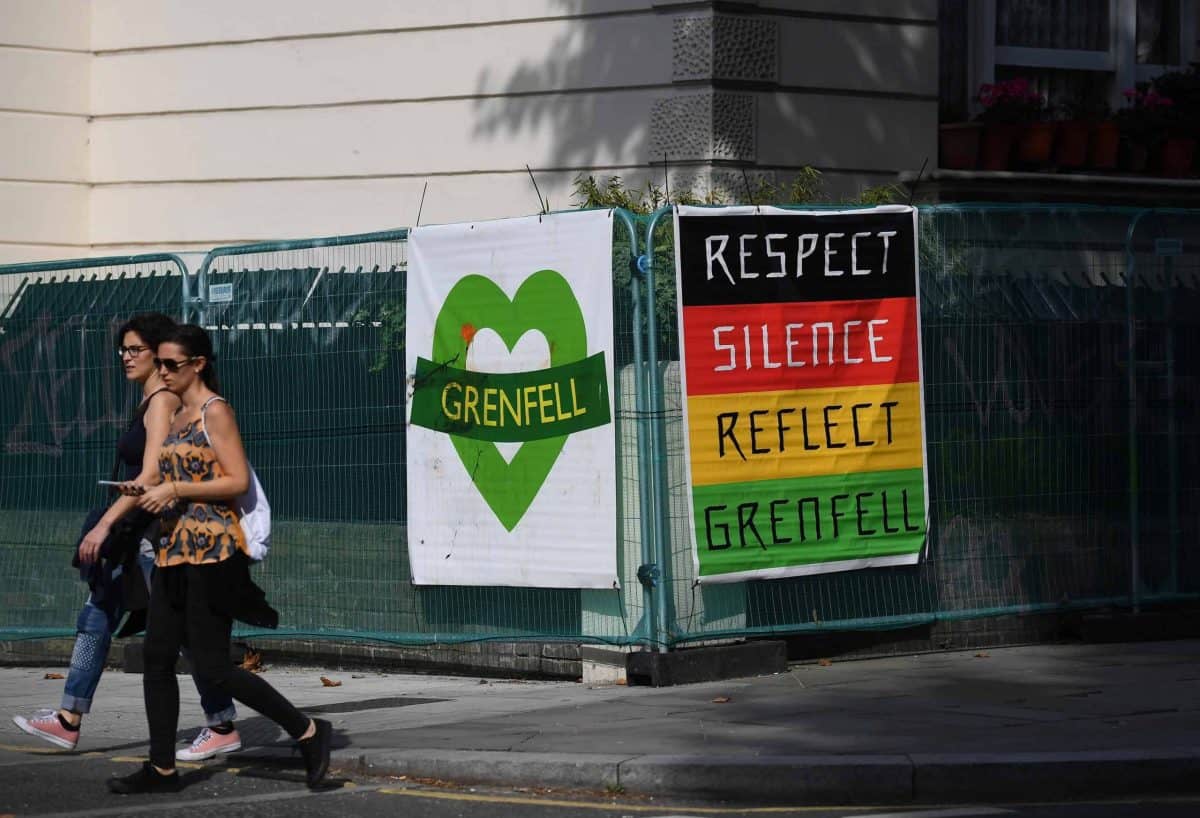 “Serious shortcomings” have been outlined in the first official report into the Grenfell Tower tragedy.

He also concluded that the “principal reason” the flames shot up the building at such speed was the combustible aluminium composite material (ACM) cladding with polyethylene cores which acted as a “source of fuel”.

The panels were added in the refurbishment of the tower before the June 2017 fire.

The report also concluded the fire, in which 72 people died, started as the result of an “electrical fault in a large fridge-freezer” in a fourth floor flat.

Sir Martin said Behailu Kebede, who had lived in the flat, bore no blame for the fire.

Survivors had previously urged the judge to make a point of formally exonerating the resident, who was offered police protection after false reports of his culpability circulated online.

The judge said he had not intended to investigate whether the building complied with regulations at this stage, but there was already “compelling evidence” the external walls did not.

Instead of adequately resisting the spread of fire, they “actively promoted it”, he said.

Sir Martin also criticised the London Fire Brigade for its “stay-put” strategy when residents were told to remain in their flats by firefighters and 999 operators for nearly two hours after the blaze broke out just before 1am.

The strategy was rescinded at 2.47am.

Sir Martin said: “That decision could and should have been made between 1.30am and 1.50am and would be likely to have resulted in fewer fatalities.

“The best part of an hour was lost before Assistant Commissioner Roe revoked the ‘stay put’ advice.”

He added: “I identify a number of serious shortcomings in the response of the LFB, both in the operation of the control room and on the incident ground.

“It is right to recognise that those shortcomings were for the most part systemic in nature.”

Sir Martin also said “the LFB’s preparation and planning for a fire such as that at Grenfell Tower was gravely inadequate.”

He praised the heroics and bravery of individual firefighters, but described the “stay put” strategy as an “article of faith within the LFB so powerful that to depart from it was to all intents and purposes unthinkable”.

And he said those giving advice to trapped residents during 999 calls were “not aware of the danger of assuming that crews would always reach callers” – a key lesson from the Lakanal House fire in 2009, when six people died.

Sir Martin also took exception to Ms Cotton’s evidence that she would not change anything about the response of the fire service on the night.

“Quite apart from its remarkable insensitivity to the families of the deceased and to those who escaped from their burning homes with their lives,” he said, “the Commissioner’s evidence that she would not change anything about the response of the LFB on the night, even with the benefit of hindsight, only serves to demonstrate that the LFB is an institution at risk of not learning the lessons of the Grenfell Tower fire.”

He also said Ms Cotton’s evidence “betrayed an unwillingness to confront the fact that by 2017 the LFB knew (even if she personally did not) that there was a more than negligible risk of a serious fire in a high rise building with a cladding system”.

An LFB spokeswoman said: “The Inquiry’s findings are not being published until Wednesday morning and it would be inappropriate for us to comment on them until then.”

An inquiry spokeswoman said the chairman and whole team were “dismayed and disappointed” that media had “chosen to deprive those most affected by the fire – the bereaved, survivors and residents – the opportunity to read the report at their own pace and without the distraction of public discussion and commentary ahead of publication”.

Those given early sight of the report on Monday were forced to sign non-disclosure agreements to prevent it being leaked. It is not known whether these will now remain in place.

She added: “The inquiry has no further comment to make at this time.”

The inquiry’s second phase is due to start in the new year.

Shadow housing minister John Healey said he would not be commenting on the leaked report until it is officially released “to give survivors time” to read it.