Joel Urhie, who lived in Deptford, south east London with his mother and older sister, tragically died as a result of the deliberate attack 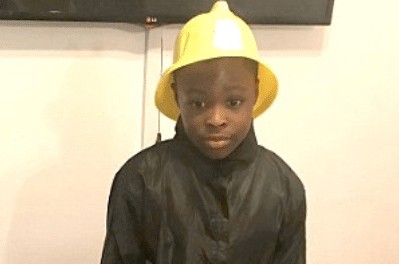 The grieving family of seven-year-old boy killed in a devastating arson attack on his family home have appealed for help in catching his killers.

Tragic youngster Joel Urhie, who lived with his mother and older sister, was trapped inside when the house in Deptford, south east London, was engulfed in flames.

His body was found inside the gutted house following the deliberate attack in the early hours of Tuesday August 7th.

his mum, who spent a month in hospital recovering from injuries she suffered escaping the blaze, described Joel as “the sweetest most caring little boy you could ever meet.”

She spoke as the family joined with Murder Squad detectives to appeal for help in bringing Joel’s callous killers to justice.

Joel’s cousin Tega Majoroh, 18, spent a lot of time with Joel and often stayed with the family at the house.

She paid tribute to the boy she regarded as a younger brother, as she joined police investigating the attack to make a plea for help.

Tega said: “Joel has been gone for a while now, but it seems like just yesterday he was taken from us.

“He brought so much light to the family without even knowing it. His death has been a tragedy to us all.

“His absence has caused a huge sense of loss. As young as he was, he meant so much too so many.” 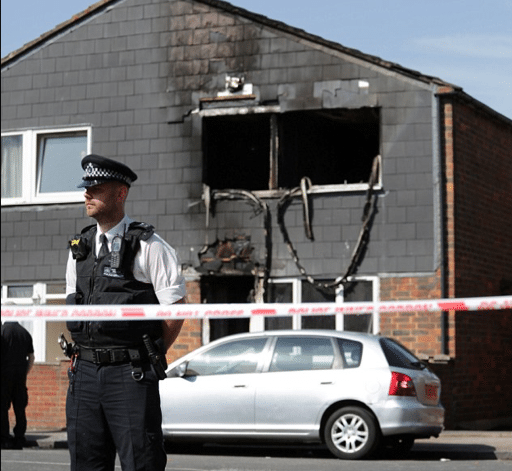 Tega, a student who is about to begin an economics degree at university and has also been a youth worker, said that she was ‘blessed’ to have spent so much time with Joel as she paid a touching tribute.

She said: “He was more my little brother than my little cousin.

“I remember when he was three and couldn’t say my name for ages. I would come to the house and say ‘Hi Joel.’ He’d say ‘Hi Tera’ and run to me with so much happiness.

“Joel was like the sunshine after rain. Coming home to him was like a breath of fresh air. He was always happy and always made others around him happy.

There are so many memories that I will always treasure – and there will always be a hole in our hearts where his memory will lie.”

She urged anyone who knows anything about the arson attack to look to their consciences and come forward to assist the police.

She added: “As someone who’s lost a brother and for the sake of his mother and sister, we are appealing to anyone who has a heart and has any knowledge of what happened to call the police and give any information they have.”

Joel’s mother Iroroefe said: “Joel was the sweetest most caring little boy you could ever meet.

“He was so intelligent and always curious to learn new things. He never complained about anything.”

She remembered how much he loved going to church, and how he led the Praise and Worship at the weekly bible study group they used to attend.

She added: “Joel always wanted people around him – that was why we used to go to the park a lot so that he could make new friends.

“His smile and laugh would light up a room and he was so full of life and energy.”

Staff at Joel’s school, Tidemill Academy, where he was due to start Year Three, also added their tribute.

A spokeperson for the school said: “We were deeply saddened by the news of Joel’s death.

“He was a kind, happy and smiley boy who loved running around and playing with his friends.

“The pain and suffering that his family are going through now is unimaginable, and I would urge anyone in the community who knows anything at all about what happened, to get in touch with the investigation team.

“Our thoughts and prayers are with his family at this extremely difficult time.”

Detective Inspector Alison Cole, of the Met’s Homicide and Major Crime Command, said: “This horrific incident has left a family shattered and the tragic loss of such a young life in these circumstances has deeply affected the whole wider community in Deptford.

“We are very grateful that Joel’s family whilst still grieving have been willing to come together with us today to strengthen our fresh appeal to the public for any witnesses, or any information, that might possibly assist us.

“Did you see anything suspicious in or around Adolphus Street on Tuesday August 7th in the hours prior to the attack, or have you heard anything about how it might have started.

“Even the smallest piece of information could help us at this stage so I would urge you please to contact the incident room without delay. If you do not want to talk to police you can contact Crimestoppers anonymously.”

She added: “This devastating fire claimed the life of an innocent child, a loss his family will never get over, and we desperately need your help to bring those responsible to justice.”

Joel’s body was found by emergency services who attended the scene in the upstairs bedroom he shared with his mother.

A post mortem found his injuries to have been consistent with fire and smoke inhalation.