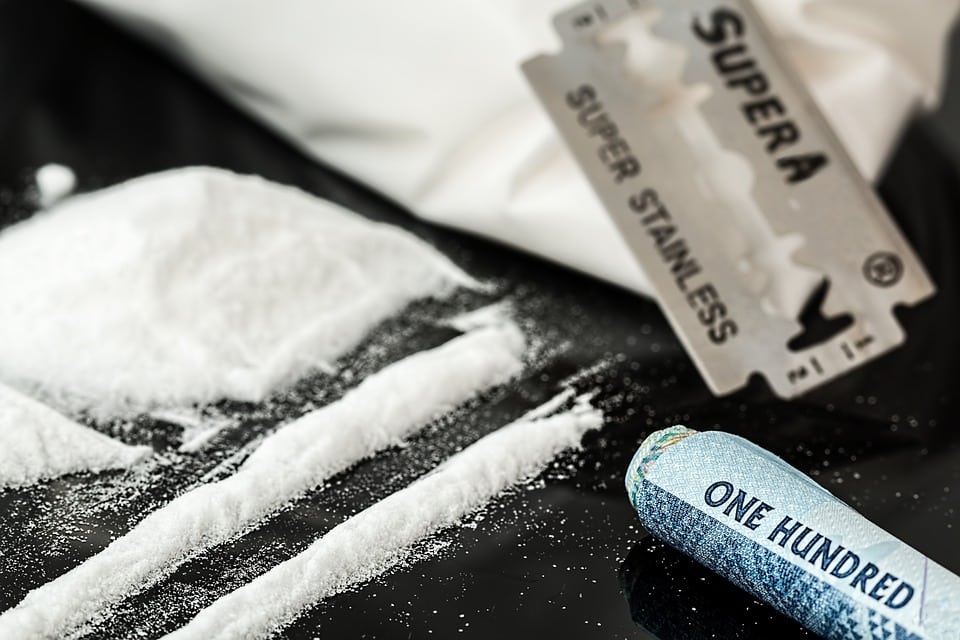 People hooked on cocaine could soon be treated with a simple jab, say scientists.

The injection introduces a protein into the bloodstream that reduces the effect of the drug – preventing addiction and overdoses.

It could also help smokers quit cigarettes and boozers give up booze, according to new research.

The therapy – based on a gene-editing technique that ‘snips’ DNA – could revolutionise long-term management of drug abuse.

Professor Ming Xu, of Chicago University, said: “Taken together our results show promise of skin gene therapy as a safe and cost-effective therapeutic option for cocaine abuse in the future.”

In experiments mice were protected against both seeking cocaine – or overdosing on it.

The US team are hopeful it will also work on humans.

Around 725,000 people a year aged 16 to 59 use cocaine in the UK – making it the second most commonly used illegal drug among adults after cannabis.

Frequent users tend to become less sensitive to the drug leading to addiction – and potential overdoses.

The novel approach has the three crucial mechanisms required for a treatment to be effective – which has so far eluded experts, said Prof Xu.

He said: “We had an effective enzyme that can degrade cocaine with high efficiency.

“We had CRISPR, a genetic tool that enabled us to introduce a gene of interest inside the cell without affecting other genes.

“And, most importantly we had technology, developed by my colleague Xiaoyang Wu, to put genetically modified skin cells back into an immunocompetent recipient. That saved us a lot of trouble.”

The tool CRISPR – pronounced ‘crisper’ – works like a pair of ‘molecular scissors’ by altering genes with a protein that actually cuts DNA.

It enabled the researchers to make skin stem cells from newborn mice produce a protein called BChE ( butyrylcholinesterase) that degrades cocaine once it is in the blood.

These were transplanted back under the skin of the same mouse to act as a ‘factory’ for the long-term release of the enzyme.

Thanks to the protein mice exposed to cocaine did not die – even after being exposed to normally lethal doses.

The study published in Nature Biomedical Engineering said BChE has a short half-life – meaning it does not survive long in the body.

So injecting it directly into muscle tissue has a profoundly limited effect. To make long-lasting BChE they had to engineer it in the cells, explained Prof Xu.

Then they used the method developed by his colleague Prof Wu to prepare tinhy versions of the skin cells – called organoids – in the lab.

These were transplanted back into the donor animals where they became a depot for BChE – stopping them from desiring cocaine.

Prof Xu and colleagues said the therapy is “safe and effective” for drug abuse – a scenario that has not been explored before.

He said: ” We demonstrated key evidence that engineered skin transplants can efficiently deliver hBChE in vivo and protect against cocaine-seeking and overdose.”

Mice who received these skin grafts were able to remove cocaine from the bloodstream much faster than normal mice.

They were also able to withstand cocaine overdoses that would be lethal to 100 percent of unprotected mice, said Prof Xu.

The skin-derived expression of BChE was stable for more than 10 weeks without any significant decrease – suggesting no immune reaction.

The oldest mice are now 12 months old and healthy – supporting the feasibility of the therapy in humans.

For cocaine addicts it could combat drug-seeking and overdose – potentially making them “immune” to further abuse.

This skin cell-based approach can potentially be used to treat alcohol, nicotine and heroin abuse, said the researchers.

They said creative thinking about cocaine addiction and overdose is needed.

About five per cent of young adults in the US alone – 1.7 million people aged 18 to 25 – have used cocaine at least once.

More than 900,000 Americans are dependent on, or abuse, the illegal drug.