Powerful messages have been beamed onto unsafe tower blocks across the country two years on from the tragic Grenfell Tower fire. On 14th June 2017 72 people were killed after flames were able to spread quickly through a tower block in West London due to cladding made from highly flammable aluminium composite material (ACM). In […] 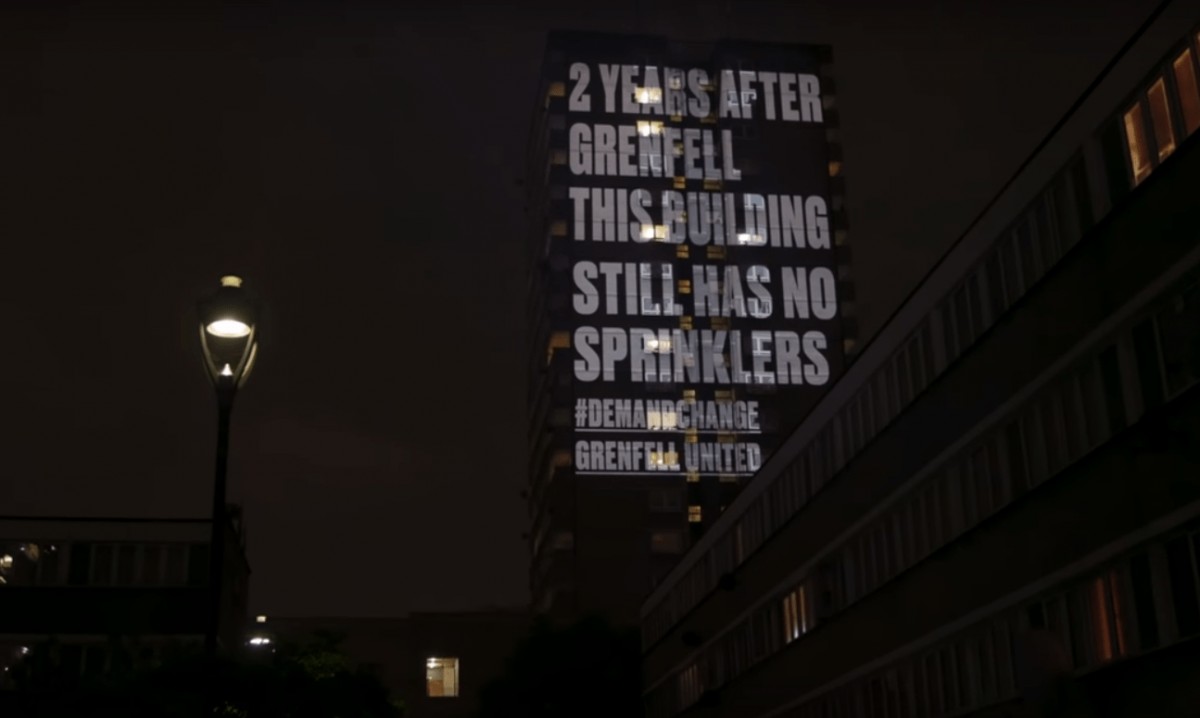 Powerful messages have been beamed onto unsafe tower blocks across the country two years on from the tragic Grenfell Tower fire.

On 14th June 2017 72 people were killed after flames were able to spread quickly through a tower block in West London due to cladding made from highly flammable aluminium composite material (ACM).

In the aftermath it emerged that 433 other high-rise residential and publicly owned buildings had the same kind of cladding.

Firefighters today warned that we risk “sleepwalking into another catastrophic loss of life” two years on from the disaster, raising concerns over funding cuts that have left them unable to prepare for similar fires in future.

The Fire Brigades Union said: “In the time since the fire, the government’s facile approach has utterly failed all those involved that night and the thousands of people who are at risk across the country.

“After two years, the Grenfell Tower Inquiry has delivered no answers and we are no closer to tackling any of the underlying causes of the tragedy.

“Countless homes are still wrapped in flammable materials, while warnings from tenants about risks to their safety go ignored. Fire and rescue services are, in the face of continued cuts, unable to prepare for a similar incident, with no national structures or coordination from government.

“As things stand, we risk sleepwalking into another catastrophic loss of life. We demand urgent action from government to ensure that the events of Grenfell Tower can never happen again.”

The messages were seen on blocks in Manchester, Newcastle and London in a bid to “shine the spotlight” on fire safety issues that still exist in those towers.

The group said: “People (are still) going to bed at night in buildings wrapped in dangerous cladding, with no sprinklers and fire doors not fit for purpose.

“Grenfell United are calling on the public to #DemandChange by joining the campaign at: support.grenfellunited.org”.