Labour shadow defence minister Chris Evans claimed that 6,000 jobs would have been created from the £1.6 billion contract. 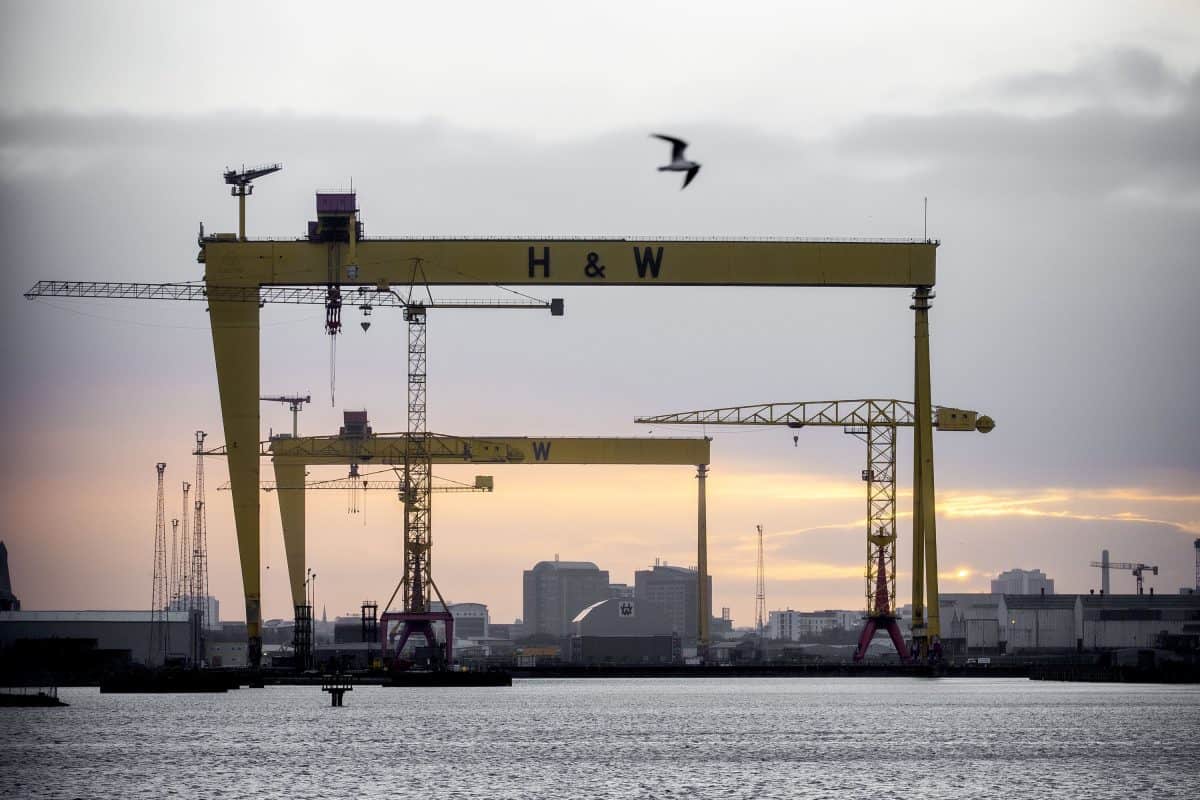 The Government was accused of creating a “new Spanish Armada” after it was announced that part of the construction work on the Royal Navy’s £1.6 billion new supply ships will be carried out in Spain.

Labour shadow defence minister Chris Evans claimed that 6,000 jobs would have been created had work on the Fleet Solid Support ships been carried out entirely in the UK.

The £1.6 billion contract will see final assembly for the three vessels – each the length of two Premier League football pitches – take place at Harland & Wolff’s shipyard in Belfast.

But some of the work will be carried out at the Cadiz shipyard of Navantia, described as a world-leading auxiliary shipbuilder.

Mr Evans told the Commons: “I see the Ministry of Defence’s spin doctors were quick to get to work on the press release claiming this bid will create 2,000 jobs in UK shipyards and in the supply chain.

“Research however by the GMB and Team UK’s contract bid show that if these ships were built in the UK, rather than Spanish shipyards, it would have meant more than 6,000 UK jobs.

“What the Government has done is create a new Spanish Armada, over 430 years since the last one lost. It is also highly unusual for warships to be built abroad due to security implications.”

He added: “This is about creating British jobs for British workers, with British ships, using British steel.

“British workers have a right to know whether their Government is on their side. Based on their words and deeds, the answer is a resounding no.”

He added British jobs for British workers “is exactly what this contract delivers – 1,200 jobs”.

Mr Chalk claimed the chief executive of Harland & Wolff said the contract would “seize the last opportunity to capture the skills that remain in Belfast and Appledore before they are lost”.

Referencing criticism that “some components are built overseas”, he said: “In modern engineering designs it was ever thus.”

He cited the example of how the the F35 fighter jet is manufactured, telling the Commons: “Do the Americans think that somehow by having British components that this is some latter-day British invasion on the lines of the Spanish Armada as he was referring to – of course not, that would be a complete nonsense.

“This is fantastic investment that ensures also, by the way, an additional £77 million invested into Harland & Wolff. That is supporting British jobs, supporting British knowhow and supporting a pipeline of British expertise that will sustain our shipbuilding industry into the future,” he said.

Mr Chalk said Team Resolute, the consortium selected as the preferred bidder, was expected to be awarded a contract towards the end of this year, adding this was “excellent news” for UK shipyards.

Labour former minister Derek Twigg questioned which company was leading the consortium, telling the Commons: “As I understand it this is a consortium led by the Spanish.

“Could he confirm whether that is the case? Whether they are ultimately responsible for this contract?”

Halton MP Mr Twigg added: “How is it that the party opposite told us for many years that leaving Europe would ensure that British ships would be built in this country – how is that going to square that?”

Mr Chalk replied it was “perfectly true that there is an international collaboration”, adding this was “not unusual nor is it unwelcome”.

The defence minister went on: “If it were the case that all nations produced everything themselves that becomes incredibly expensive and defeats the object.

“Through this, through international collaboration – which by the way we are proud of – we will produce something that is world class, that meets the needs of the taxpayer as well as the needs of our armed forces, and critically this… a world class shipbuilder will be bringing a lot of its technical knowhow into Harland & Wolff and that will allow it to build excellent ships long into the future.”