TUC general secretary Frances O’Grady said: “The Government has the power to help end this dispute but rather than working in good faith to find a negotiated settlement, ministers are inflaming tensions and trying to pitch worker against worker. 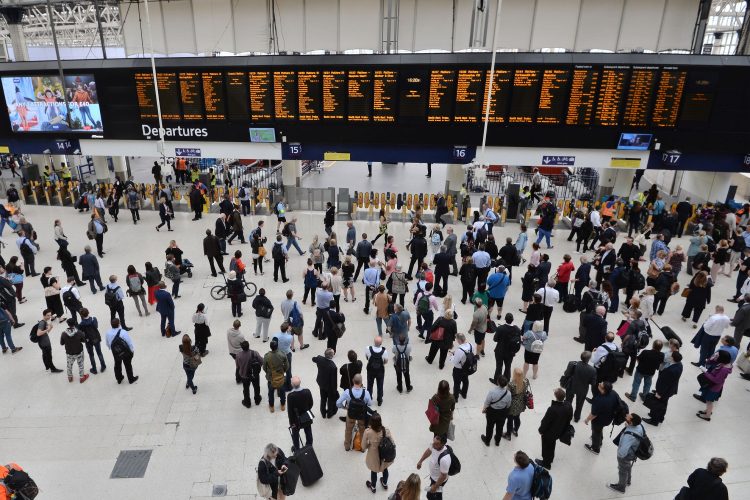 Now a mass walk-out affecting services will start tomorrow and also go ahead on Thursday and Saturday  – though trains are expected to be disrupted for the whole week, with a special timetables coming in this evening.

Downing Street said the dispute is between the unions and the employers and it “wouldn’t be helpful” for ministers to get involved.

Services on the railways and London Underground will be crippled from Tuesday in the biggest walkout in the industry for more than 30 years in a row over pay, jobs and conditions.

Members of the Rail, Maritime and Transport union (RMT) at Network Rail (NR) and 13 train operators will strike on Tuesday, Thursday and Saturday, with only around one in five trains running and disruption to services on days following the action.

The RMT and Unite is also holding a 24-hour walkout on London Underground which will cause huge disruption to the Tube.

The TUC is calling on the Westminster government to adopt a positive role in the dispute, saying it was “inflaming tensions” with comments such as threatening to “revoke” workers’ legal rights.

But the Prime Minister’s official spokesman had said: “Talks are continuing today but the Government won’t be taking part in them.”

The spokesman said the train operators believed it was not “the Government’s place to be at the table and it would not be helpful to the ongoing discussions to insert the Government into the negotiating process at this stage”.

The spokesman acknowledged that the strikes would be “extremely difficult” for people who have to travel on Tuesday.

But the spokesman added: “We believe we are seeking to offer a fair and reasonable pay rise and modernise the railway services for the long term, and we need to get rid of some of these outdated rules and procedures, some of which have not been updated for decades and which don’t serve the public.”

The TUC said ministers in Westminster were insisting on imposing cuts and planning to change the law so that employers can draft in agency workers during industrial action, which it added was reminiscent of the action recently taken by P&O.

TUC general secretary Frances O’Grady said: “The Government has the power to help end this dispute but rather than working in good faith to find a negotiated settlement, ministers are inflaming tensions and trying to pitch worker against worker.

“Instead of threatening to do a P&O on these workers and rip up their rights, ministers should be getting people around the table to help agree a fair deal.”

Ms O’Grady said nobody takes strike action lightly but maintained that rail staff have been left with “no other option”.

“Many rail staff who will be hit hardest – such as caterers and cleaners – are on low and average earnings. It’s insulting to ask them to take yet another real-terms pay cut when rail companies took £500 million in profits during the pandemic.

“If these cuts go ahead thousands of safety-critical and frontline jobs will be lost, with train services at risk too.

“We need a better vision for the future of rail than commuters packed on unsafe trains like sardines.”

A Department for Transport spokesperson said: “Strikes should always be the last resort, not the first, so it is hugely disappointing and premature that the RMT is going ahead with industrial action.

“The Government committed £16 billion – or £600 per household – to keep our railways running throughout the pandemic while ensuring not a single worker lost their job.

“The railway is still on life support, with passenger numbers 25% down and anything that drives away even more of them risks killing services and jobs.

“Train travel for millions more people is now a choice, not a necessity. Strikes stop our customers choosing rail and they might never return.”

A Rail Delivery Group spokesperson said: “We are acutely aware of the cost-of-living pressures being felt by workers and families across the UK.

“Every business wants to support their staff and the railway is no exception.

“But as an industry we have to change our ways of working and improve productivity to help pay our own way – the alternatives of asking taxpayers to shoulder the burden or passengers to pay higher fares when they too are feeling the pinch simply isn’t fair.”

The strikes will affect a number of events including the Glastonbury festival and London concerts by Elton John and the Rolling Stones, as well as school exams.