"Fast delivery, nothing will get in the way of Desmond, not even a Russian gate, can't recommend highly enough", one person wrote. 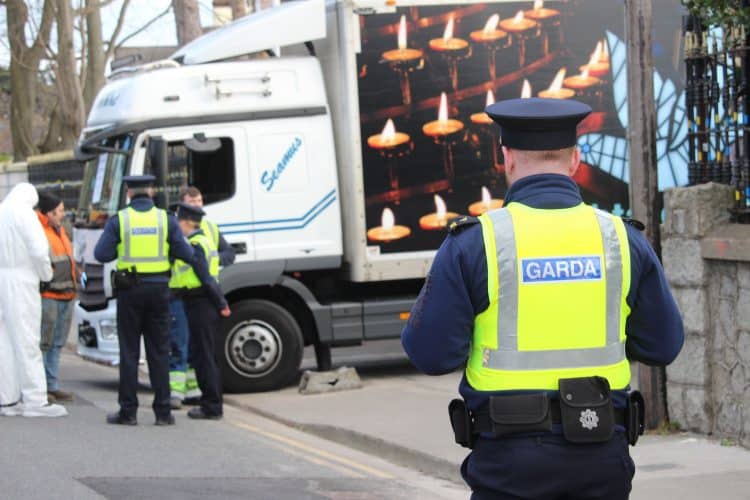 Russian embassy staff in the Republic of Ireland have condemned what they called a “senseless and barbaric attack” after a lorry drove into the gates of their embassy in Dublin – pushing the irony meter to a record high.

The gates were smashed by the Desmond Wisley Ecclesiastical Supplies van, a vehicle driven by Mr Wisley himself.

The Irish Times reported that he told onlookers: “I’ve done my bit, lads. It’s about time the rest of Ireland done their bit.”

“The embassy strongly condemns this criminal act of insanity directed against peaceful diplomatic mission [sic]. The Embassy views this incident as a clear and blatant violation of the Article 22 of the Vienna Convention on Diplomatic relations of 1961.”

It goes on: “The embassy is in contact with the Department of Foreign Affairs of Ireland, demanding that the Irish authorities take comprehensive measures to ensure the safety of it’s staff and their family members.

“The incident is cause of extreme concern. We believe that no people of sound mind could support such senseless and barbaric actions.”

A lot of people also left reviews for Desmond Wisley Ecclesiastical Supplies on Google, which have since been taken down, sadly.

Here’s a pick of the best:

Related: Heartbreaking thread as Ukrainian MP tells how his town has been razed and his parents aren’t contactable