Gloucestershire Old Spot pigs are at risk of extinction thanks to the soaring popularity of a rival breed which starred in Downton Abbey, according to a top breeder. Millions of viewers watched Lady Mary take up the ‘unladylike’ hobby of pig breeding during the final series of the hit BBC drama in 2015. Her pig […] 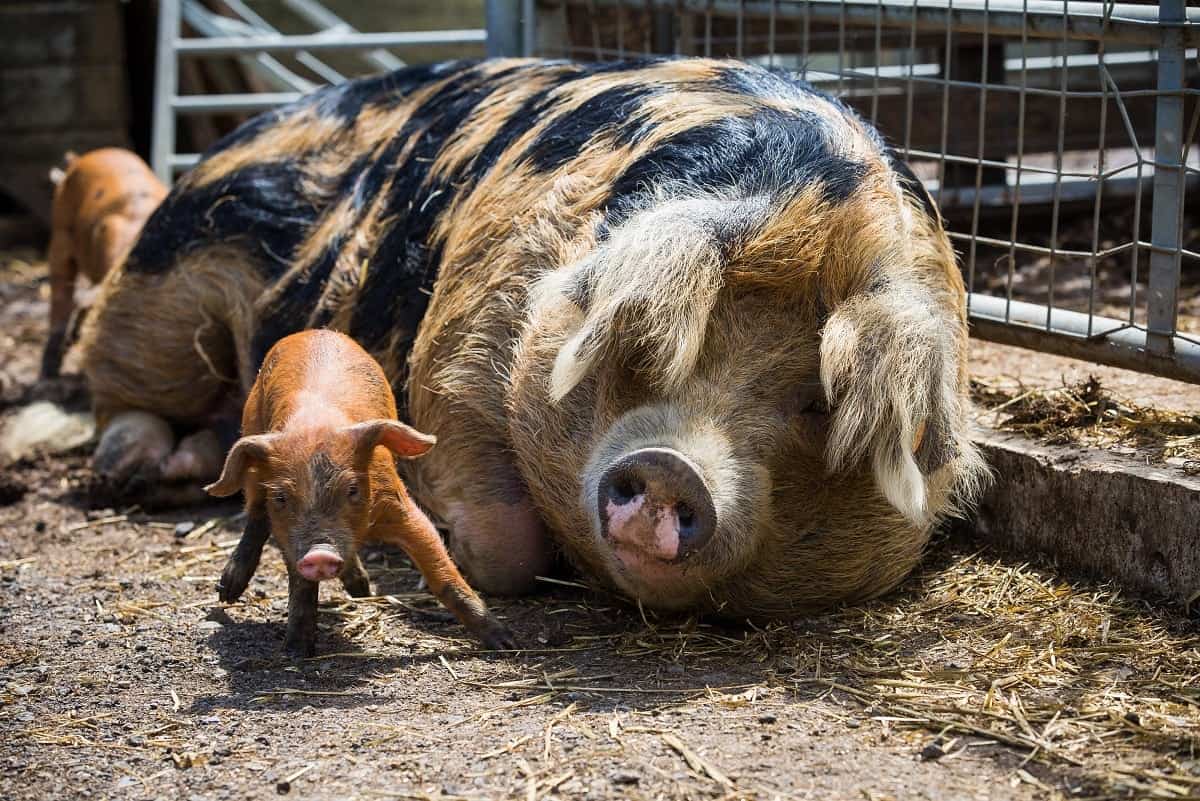 Gloucestershire Old Spot pigs are at risk of extinction thanks to the soaring popularity of a rival breed which starred in Downton Abbey, according to a top breeder.

Millions of viewers watched Lady Mary take up the ‘unladylike’ hobby of pig breeding during the final series of the hit BBC drama in 2015.

Her pig of choice was the Oxford Sandy and Black – and since then the number of breeding Gloucestershire Old Spot sows has halved.

There are now just 709 left, according to the British Pig Association – small enough to class the breed as ‘at risk’.

Leading breeder Judy Hancox, 58, believes the high-profile appearance of Oxford Sandy and Blacks has accelerated the demise of the Old Spot.

“The Gloucestershire Old Spot has been done to death, it has been very fashionable for a long time,” she said.

“The Oxford Sandy and Black just took over from the Gloucestershire Old Spot. They are still around but there is only a finite number of breeders.” Gloucestershire Old Spots were once on the endangered list, with just 176 breeding sows in the UK in 1967.

But thanks to the dedicated efforts of breeders and the Rare Breeds Survival Trust, numbers had soared to 1,430 by 2014.

But by 2016, there were just 709 registered pedigree sows – less than half the number of two years before.

Meanwhile, the Oxford species has seen a small increase in popularity, increasing from 550 registered sows in 2014, to 567 in 2016.

Both breeds appear on the ‘at risk’ list produced by the Department for Environment Food and Rural Affairs (DEFRA) due to their small numbers.

The Old Spot was the first species in the world to be listed by the European Union’s protected food names scheme.

Judy, who runs Butts Farm Rare Breeds in South Cerney, Glos, provided one of the actual pigs which appeared in Downton Abbey in 2015, which she has since named ‘Lady Mary’.

The Downton story line was a “big turn up” for the Oxford breed, adding: “It is one of those things. They have had a lot of publicity lately.

“Oxford Sandy and Blacks becoming popular is a contributing factor to the demise of the Old Spot.” Now aged six years old, Lady Mary is producing one litter a year and is in retirement at her Cotswolds home.

Proud owner Judy said the sow was “royalty” on the rare breed farm, where she has kept pigs for 26 years.

Marcus Bates, chief executive of the British Pig Association, said: “Both are at risk of extinction, the threshold is 1,500 Gloucestershire sows and there are 709 – there is a long way to go.

“The situation has been a lot worse than it is today. In 1967 there were only 176 Gloucestershire sows.

“They were saved by a very dedicated group of breeders, if you think back to that sort of era, Sgt Pepper had only just been released, Greenpeace didn’t exist, conservation was less mainstream than now.”