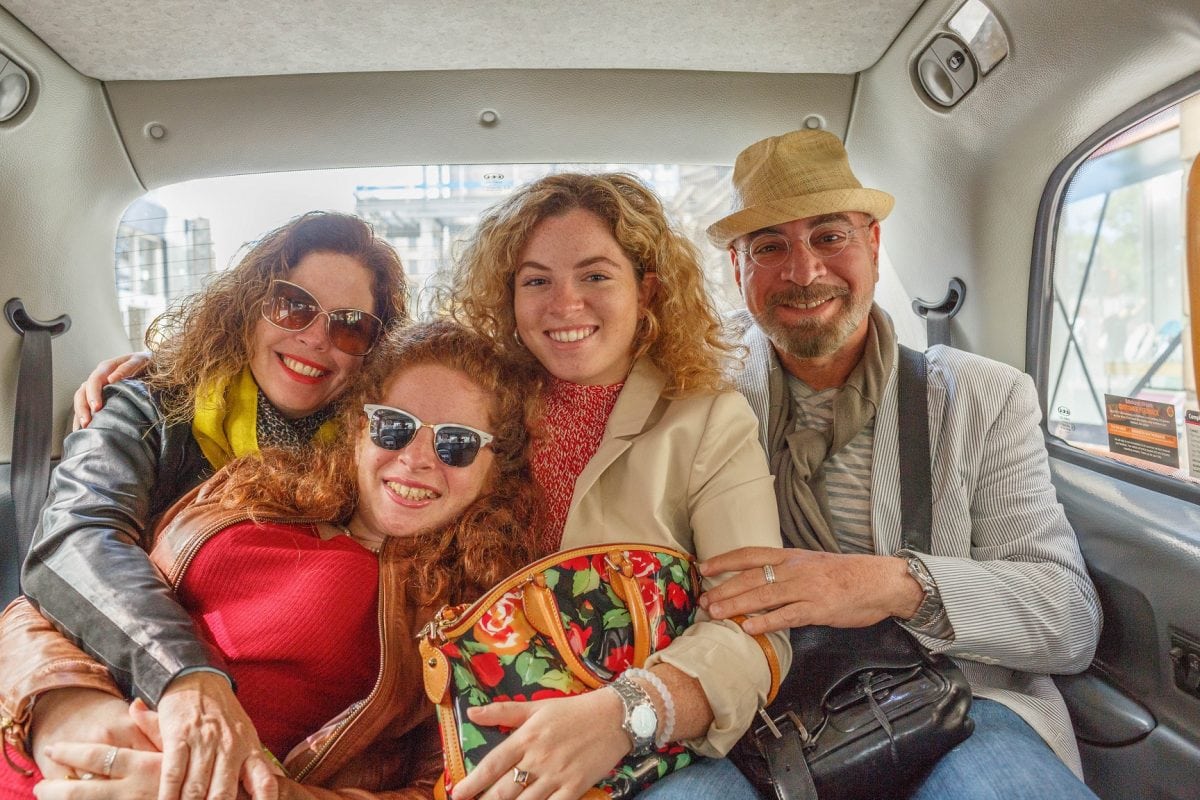 A taxi driver who takes pictures of his passengers is set to release a book and exhibition to showcase his work.

Ryan Walls began his project after deciding he wanted to combine his love of arts with his work.

The Edinburgh-based driver then started taking pictures of his passengers – who signed waivers – and posted the pictures online.

He said: “I love taking pictures and I also love interacting and talking to people. I really wanted to find a way of combining the two.

“I’m always asked about the kind of interesting people I meet and I wanted to find a way of collating the people I meet.

“I then thought about this idea so started asking people. Amazingly, 101 out 103 people said yes to my request,” he added. Although Ryan, a father of three, was always keen to get into photography, the hobby actually started out of nothing.

The 42-year-old was made redundant from sales jobs twice in nine months and was asked by his wife, Lee, 41, if he would photograph her friend’s wedding.

He said: “I was really thrown into the deep end with the wedding. But I ended up loving it. After that, I eventually photographed 12 weddings for people.

“I convinced my wife to let me get a proper, good camera which I could use and also use to help her with her marketing company,” he added.

Ryan started the Edinburgh People project in August 2015 through till October 2015 and will document 33 of the pictures in the exhibition.

The pictures will be showcased at Out of the Blue Drill Hall in August while all 101 photos will feature in an accompanying book. “I make a point of chatting with all my customers, or at least I try to,” he said.

“Some people just want to switch off when they’re in a cab – watch their iPad, make a phone call, just gaze out the window deep in their own thoughts, which is fine.

“But where possible, I chat to my customers. And for the most part, people like to chat. You’d be amazed at what is divulged to a taxi driver,” he added.

“I’ve been used as careers advisor, political adviser, holiday adviser, ‘what part of Edinburgh should I move to next?’ adviser.” He continued: “Even once, someone said: ‘I’ve put this red dress on but I’ve got this gold one in my bag, which do you think is best?’ fashion adviser.”

Ryan has had a full array of different clientele in his black cab, from football fans to Kuwait celebrities.

He said: “The only two who said ‘no’ either didn’t have time or were having a bad hair day. It was an overwhelmingly positive response.

“It has been great. It is my passion project. To have something I love doing not be under pressure to make money from it is fantastic.”